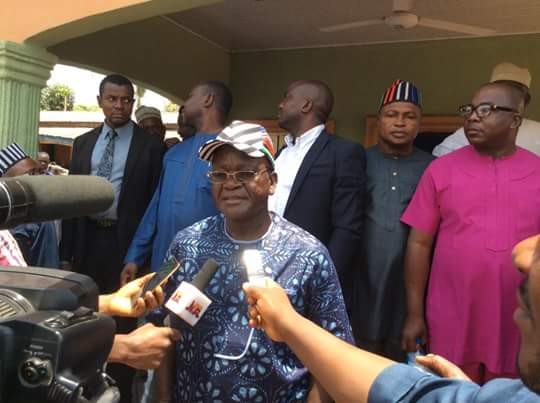 Abubakar told the News Agency of Nigeria in Makurdi on Sunday that voting such a huge amount for government house administration was “outrageous”.

“I have gone through the proposals. The budget has failed to address the core issues affecting the Benue people.

“The budget shows that government is more interested in addressing issues that have no direct bearing to the lives of the poor people,” he said.

He expressed surprise that a government that had not paid salaries, even after collecting bailout funds, loans and Paris Club Refund, could seek to “waste so much” on government house administration.

“`From the budget details, there is no capital project that will be executed in the government house. It means that the whole money will go into entertainment,” he said.

Tsav advised government to rather pay more attention to the welfare of civil servants, pensioners and teachers, and alleged that most Benue residents were living in hunger and want because of a general lull in activities.

The figure is more than two times the N1.6 billion voted for the same purpose in the 2016 budget.

NAN also reports that an item referred to as “biological assets” had a provision of N100 million, two times its N50 million provision in the 2016.

Efforts to ascertain the category of assets termed “biological”, however proved abortive as government officials also claimed to be ignorant of what was meant.

Contacted, the Commissioner for Information and Orientation, Mr Lawrence Onoja, justified the budget estimates, saying that they were proposed with the “best intentions”.