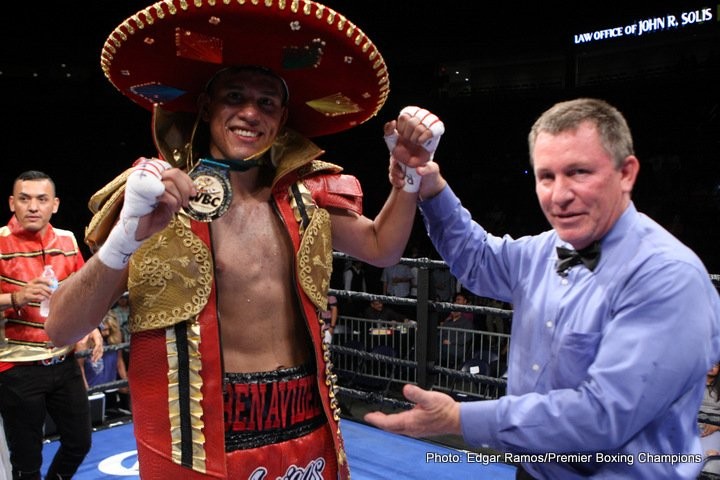 David Benavidez will still have the opportunity to become the youngest world titleholder in super middleweight division history, but it will come against a new opponent.

Benavidez, 20, will face Ronald Gavril for a vacant 168-pound world title after former world titleholder Anthony Dirrell withdrew from their mandatory bout because of an unspecified injury, the WBC announced Friday.

The injury happened a few days earlier, and the Benavidez and Gavril sides quickly came to terms. The bout is likely to take place on Sept. 8 at a location to be determined and be televised on a Premier Boxing Champions card.

With Dirrell (30-1-1, 24 KOs) out of the fight, Gavril was offered the bout as the WBC’s leading available contender because others such as Callum Smith, Avni Yildirim and Chris Eubank Jr. were not available. They are all committed to competing in this fall’s World Boxing Super Series eight-man super middleweight tournament. The WBC said the winner of the tournament would become the mandatory challenger for the Benavidez-Gavril fight.

Benavidez (18-0, 17 KOs), of ‎Phoenix, impressively knocked out former world title challenger Rogelio “Porky” Medina in a title eliminator on May 20, and he will have a chance to shatter the division record for youngest world titleholder. The super middleweight division was created in 1984, and the record belongs to Darrin Van Horn, who was 22 years, 8 months, 11 days old when he knocked out Lindell Holmes in the 11th round to win the IBF version of the title on May 18, 1991.

The 31-year-old Gavril (18-1, 14 KOs), a native of Romania fighting out of Las Vegas, has won seven fights in a row since an eight-round decision loss to Elvin Ayala in March 2015 in a big upset, but he has faced limited opposition. Gavril is promoted by Floyd Mayweather.