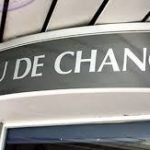 The BDCs insist that refunds from unsuccessful bids, which should come between 24 and 48 hours, take two or more weeks, with the affected BDC operators staying out of business.

Such practice, financial pundits said, may be hurting efforts by the Central Bank of Nigeria (CBN) to deepen dollar supply and strengthen the naira against the dollar.

Travelex, a global forex dealer was authorised by the CBN to directly disburse forex to BDC operators who have fully completed documentations and provided adequate funding to Travelex Nigeria for their (BDCs) weekly dollar purchases.

The CBN had approved $40,000 (N15 million) weekly per BDC to deepen dollar liquidity, sustain operators’ businesses and achieve naira stability. The funds come in two-tranches of $20,000 and can only be accessed by operators with successful bids, and have met full regulatory requirements.

“When BDCs pay through their banks pay to Travelex and the bids are not successful because of incomplete documentation or any other issue, the funds coming back remain a herculean tax. Many of us just keep waiting endlessly to get the funds back and that is affecting our operations and hurting the expected impact on the economy,” an operator who asked not to be named said.

Speaking further, the source said that in many occasions, Travelex claimed that the funds have been refunded to the beneficiaries’ accounts, but the refunds were still not received.

Confirming the development, President, Association of Bureau De Change Operators of Nigeria (ABCON) Aminu Gwadabe, said the delay in refunding such cash remains a serious challenge to many BDCs, especially with many operators not having extra cash to go for fresh bids.

He said many operators affected by the refund crisis always wait for the cash to come, which normally takes time, and at the detriment of their business.

He said that Travelex Nigeria has identified the problem, and promised to work with its bank to develop a technology that will enable it identify and refund unsuccessful bid cash immediately.

But when contacted, General Manager, Travelex Nigeria, Anthony Enwereji, said many of the BDCs do not make their payments through the right channel. He said some operators pay through Automated Teller Machines, some pay through their wives accounts, making reconciliation difficult.

He said the CBN had investigated some of the BDCs complaints against his company, and found out that Travelex Nigeria was not liable.

Enwereji said there were three parties to the BDCs transactions- the BDCs’ banks, the Nigeria Interbank Settlement System (NIBSS) and the beneficiary account. He insisted that it was wrong to blame Travelex Nigeria for the problem.

He said his company was  working on technology-driven reconciliation to ensure that the problems were solved speedily. He said his company had been processing over 1,600 bids from BDCs twice weekly, and had done its best to provide them quality services.