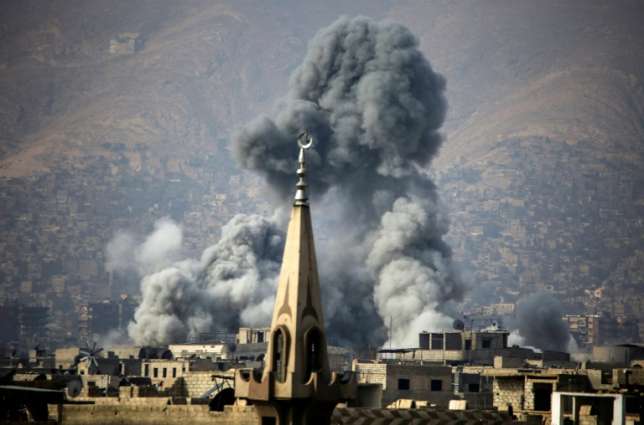 The United Nations will try to revitalise its flagging efforts to end the war in Syria this week, after Russia’s emergence as the key dealmaker in the bid to resolve the six-year conflict.

The United Nations will try to revitalise its flagging efforts to end the war in Syria this week, after Russia’s emergence as the key dealmaker in the bid to resolve the six-year conflict.

The UN-brokered talks, which open their eighth round on Tuesday, have achieved little so far, but may be bolstered by the opposition’s decision to bring a unified delegation to Geneva for the first time.

UN mediator Staffan de Mistura, who describes himself as a “chronic optimist”, has voiced hope that the next talks will mark the first “real negotiation”.

For that to happen rival sides will need to overcome the hurdle that has derailed past discussions: the fate of Syrian President Bashar al-Assad.

De Mistura, typically a cautious diplomat, has bluntly told the main opposition High Negotiations Committee (HNC) that its demand for Assad’s ouster may no longer be tenable.

In September, he said the HNC needed to be “realistic” and realise “they didn’t win the war”. Those comments infuriated the opposition.

But the UN envoy’s position is supported by facts on the ground.

Backed by Russia’s decisive military support, Assad’s government has regained control of 55 percent of the country, including major cities Damascus, Aleppo, Homs and Hama, and around two-thirds of the population lives in regime-held areas.

The rest is carved up between rebel factions, jihadists and Kurdish forces.

Meeting in the Saudi capital this week, disparate Syrian opposition groups agreed to send a united delegation to Geneva.

The hardline HNC has joined with opposition groups based in Moscow and Cairo, which take a softer approach on Assad’s future.

The opposition unity bid has already rankled the Saudi-backed HNC.

Riad Hijab stepped down as the group’s leader over what he called “attempts to lower the ceiling of the revolution and prolong the regime”.

play Staffan de Mistura says he is a “chronic optimist”

The HNC on Friday chose Nasr al-Hariri to lead its 36-member delegation in Geneva.

Hariri, the HNC’s chief negotiator at previous rounds, has insisted that Assad needs to go. There were no immediate signs that the new opposition grouping will row back its stance on the president.

The US State Department on Sunday called the opposition unity push “a positive step” and said now was the time for the Syrian regime “to enter into substantive negotiations in Geneva”.

Initiatives spearheaded by Moscow have taken centre-stage in the efforts to end the conflict, especially as US President Donald Trump’s administration has pulled back from Syrian diplomatic front.

Russia, fellow regime ally Iran and rebel-backer Turkey have hosted negotiations in the Kazakh capital Astana that led to the creation of four “de-escalation zones” which produced a drop in violence, though deadly air strikes and battles continue in some areas.

And this week, Russian President Vladimir Putin called for a “congress” of Syrian regime and opposition figures, a move backed by Ankara and Tehran.

Putin has also said that the coming Syrian congress would be a “stimulus” for Geneva.

Some experts believe that Russia has clearly put itself in the drivers seat.

For Fyodor Lukyanov, who chairs Russia’s Council for Foreign and Defence Policy, the diplomatic successes achieved by Russia, Iran and Turkey have proved that the three nations “are playing a leading role”.

“They set the rules and set the next steps,” he added.

After Russia’s announcement this month that it would be scaling back its military involvement in Syria, Lukyanov noted that Moscow is now keen to pivot towards finding a political solution to the conflict.

But, he cautioned, Moscow’s diplomatic efforts on Syria will be meaningless “without their legitimisation by international organisations, starting with the UN.”