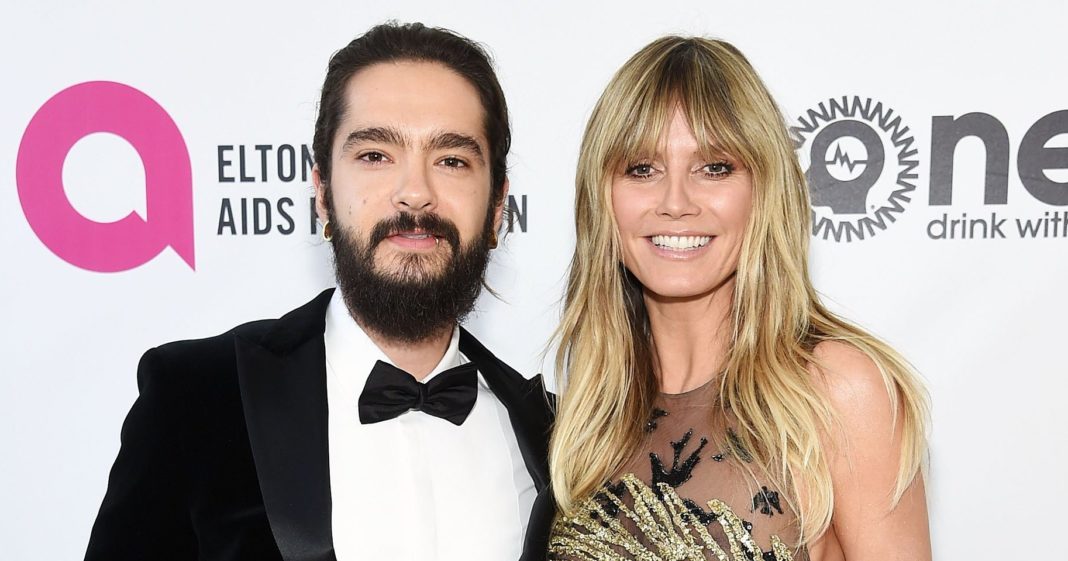 Heidi Klum is comfortable in her own skin with her fiancé, Tom Kaulitz, by her side! The husband-and-wife-to-be were all smiles as they bared their chests in a series of Instagram pictures from their hotel room in Hong Kong on Wednesday, March 20.

“J✈️E?T?L?A❤️G,” the former Project Runway host, 45, captioned four photos that began with one of her stripped down to nothing but her underwear as she faced a glass window, with her famous blonde locks worn in loose waves.

In the next three snaps, Klum and the 29-year-old musician were all smiles as they sat facing each other and appeared to giggle throughout their mini-photoshoot.

The former Victoria’s Secret Angel announced her engagement to Kaulitz in December 2018 in a sweet Twitter post that simply read, “I SAID YES.” Klum added an up-close black-and-white photo of the pair that showed off her massive engagement ring. The two had been dating for less than a year at the time.

In September 2018, Klum gushed over her then-boyfriend, telling Us he’s “the kindest, sweetest, most caring, loving person.” She added: “I feel so lucky. I don’t know when I was this happy the last time in my life. I mean, I am with my children, but with, you know, a man. He’s absolutely wonderful.”

Last month, Klum teased their upcoming nuptials, revealing to Entertainment Tonight that she and Kaulitz have set a date to wed. “Yeah, I think we did,” she said. “But you will find out eventually.” Playing coy, Klum simply noted that the plans for their big day are “coming along.”

Prior to her relationship with Kaulitz, Klum was married to Seal from 2005 to 2014. The former couple share three children: Henry, 13, Johan, 12, and Lou, 9. The model is also mom of 14-year-old Leni, whom she shares with ex-boyfriend Flavio Briatore.