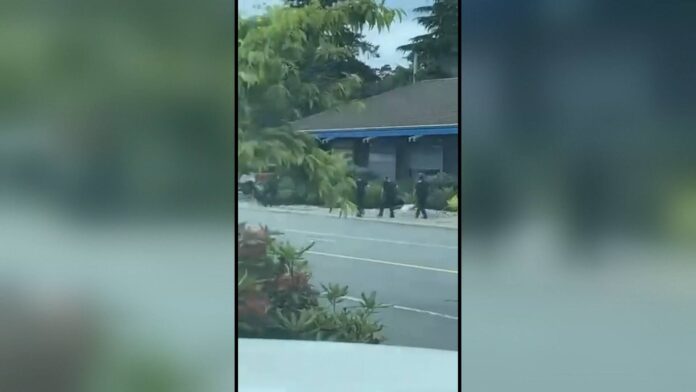 Nearly seven months after two brothers held up a bank on Vancouver Island and were killed during a shootout with police, the public may learn more about what transpired that day.

B.C. RCMP and the Vancouver Island Integrated Major Crime Unit are set to give an update on their investigation in an 11:30 a.m. PT news conference on Friday morning.

Matthew and Isaac Auchterlonie were shot and killed in an exchange of gunfire with police outside the Bank of Montreal on Shelbourne Street in Saanich, B.C., on June 28, 2022.

The two suspects, both 22, were later identified as two-thirds of a set of triplets.

In December 2022, six months after the incident, B.C.’s Independent Investigations Office cleared all the involved officers of any wrongdoing.

The agency investigates police interactions where someone is killed or seriously injured, and its report shed more light on what happened the day of the robbery.

Officers from the Greater Victoria Emergency Response Team and Saanich Police Department responded to 911 calls that started coming in at 11:02 a.m. that day.

Ron MacDonald, chief civilian director of the IIO, wrote in his report that the officers all acted lawfully when they fired the shots that killed the Auchterlonie brothers.

According to the report, 16 minutes after stepping into the bank and grabbing a small amount of cash, the brothers walked out into the parking lot as an unmarked van carrying seven police officers pulled in — all members of the emergency response team.

One of the brothers turned to face the van and raised his rifle toward it, which was captured on CCTV cameras.

An officer opened a sliding door and threw out a flashbang device to try and distract the two men. But gunfire broke out almost immediately, and several officers were shot. 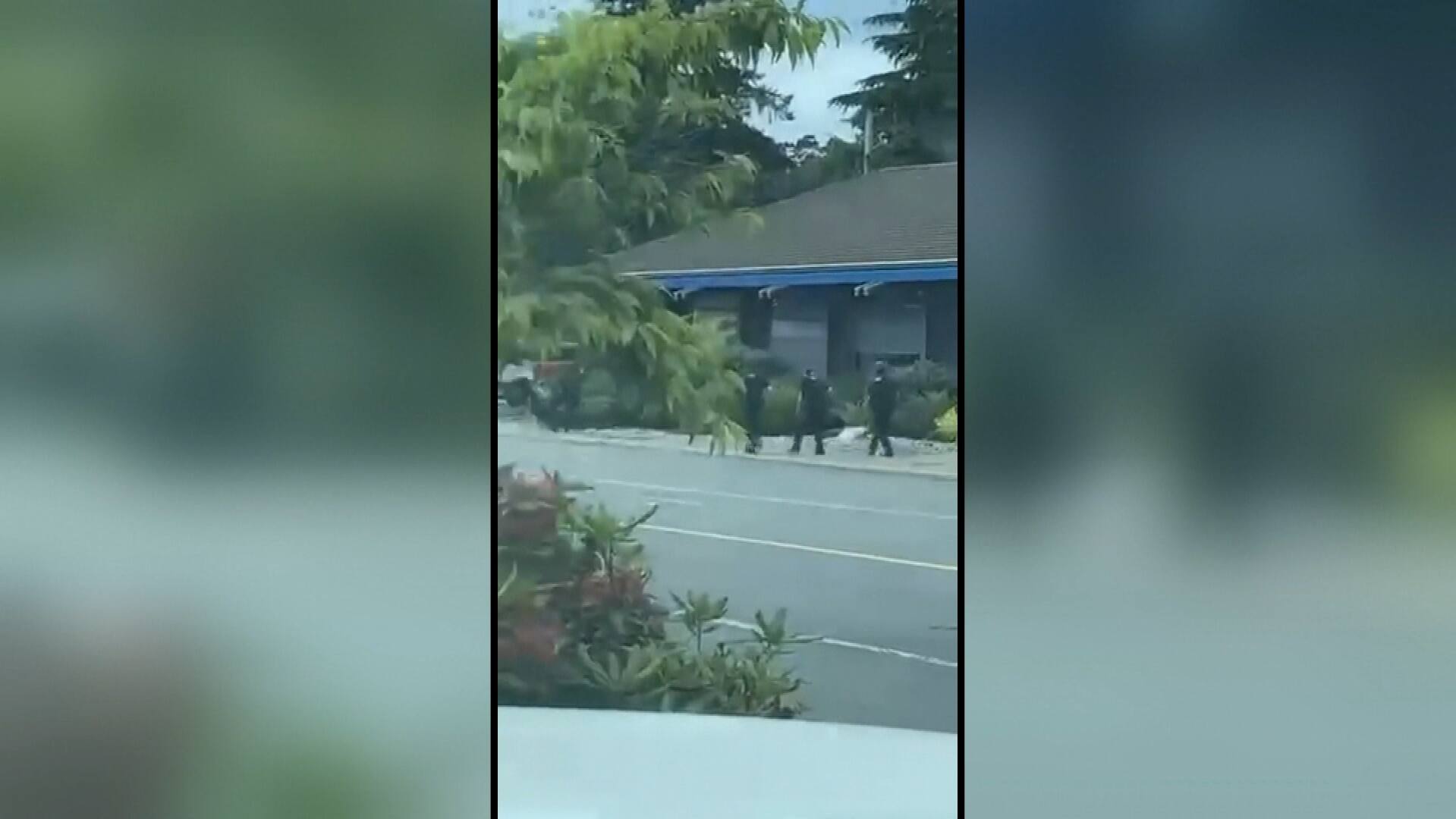 2 suspects are dead and six police officers wounded in a shooting at a bank in Saanich, B.C.

The team’s medic and driver both fired pistols at the Auchterlonies as other officers tended to each other’s injuries, and Saanich police ran toward the scene and opened fire.

According to the report, one of the brothers were shot in the head as he tried to move across the parking lot, and the other was hit several times while he shot at the van, later trying to crawl toward his brother.

Autopsies showed one brother was hit by three police bullets and the other was struck by nine.

The report was based on statements from seven civilian witnesses and 24 police officers, 911 call recordings, surveillance video, cellphone footage from police and witnesses, as well as medical records.

The report also noted that two men were carrying 7.62-mm calibre SKS semi-automatic rifles with extended magazines, and one had a large sheath knife tucked into his belt.

After the brothers were shot and killed, police found a large cache of guns, ammunition and homemade explosive devices in their car that was parked near the bank.

Isaac Auchterlonie’s Instagram account, which has since been deleted, was full of gun photos, war references and video of him and his brother in camouflage, shooting rifles in the forest.

Friday’s update will begin with a closed-door technical briefing scheduled for 10 a.m. PT, followed by a news conference at 11:30 a.m.

Share
Facebook
Twitter
WhatsApp
Pinterest
Linkedin
ReddIt
Email
Print
Tumblr
Telegram
Mix
VK
Digg
LINE
Viber
Naver
Flip
Copy URL
Previous article
Feds are ‘confident’ there will soon be a deal on health-care funding
Next article
What is ‘time theft’ and why are some employers so worked up about it?