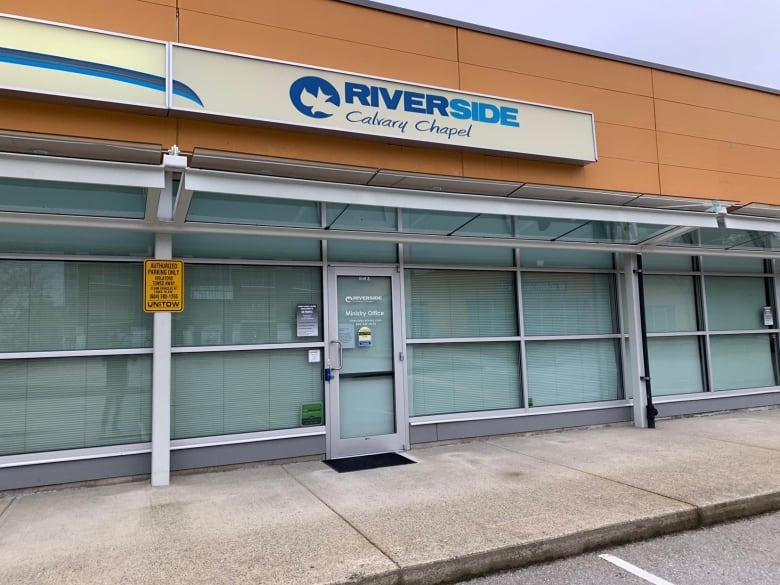 A church in Langley B.C., just east of Vancouver has been fined $2,300 for contravening a recent provincial health order that prohibits in-person, faith-related gatherings, which was aimed at limiting the spread of COVID19.

On Sunday, Langley RCMP said they asked congregants at the small church in a strip mall to disperse. When they didn’t, police issued the fine.

The bylaw officers returned later accompanied by three RCMP officers. There, the officers were confronted by churchgoers, but police didn’t issue another fine.

Earlier this month, Provincial Health Officer Dr. Bonnie Henry suspended all in-person faith-related gatherings as part of a wider effort to limit the spread of COVID-19.

Worshippers were told not to attend services at their gurdwara, synagogue, church, mosque or temple.

Simpson said many churchgoers disagree with the health directive.

“This is probably ground zero for the churches standing up,” Simpson said, from the parking lot in front of the church. “There is a movement afoot to ensure that more churches also start to defy Bonnie Henry’s orders.”

Simpson and Gaw said they doubt the validity of Henry’s orders, and question why liquor stores should remain open as an essential service, but not churches.

Gaw said rising levels of depression and anxiety are signs that people need places like churches to remain open. “The church is the community for many people,” she said.

Gaw said she thinks the rising number of COVID-19 cases is due to faulty testing, which is causing false positives.

“The deception to the public is instilling this unbelievable fear,” she said. “All of it needs to stop. And we’re pleading with the government to to just stop the whole thing.”

The province’s latest report on test positivity shows that 8.5 per cent of tests performed through its Medical Services Plan— B.C.’s medical insurance plan — across the province were positive, a figure that rose to 11 per cent in the Fraser Health region.

The provincial health order suspending faith-related gatherings has drawn criticism from faith leaders, including Catholic Archbishop of Vancouver J. Michael Miller, who said the move was “puzzling” considering parishes like those under his leadership have not been vectors of transmission.

But Henry said on Friday that transmissions were happening at places of worship.

Meantime, two other churches in the Fraser Valley also said they’re continuing to offer in-person services despite the health order.

Lindsay Britton lives across the street from the Baptist church. Britton said he phoned police Sunday morning because people were gathering there. He was concerned they would spread more of the coronavirus into his community

“I think we have to take a firmer stand,” he said.

The two churches’ leaders argue that restricting the gatherings violates the Canadian Charter of Rights and Freedoms.

Both said they consider in-person worship an essential service and that, as commanded by God, they are required to attend public worship.