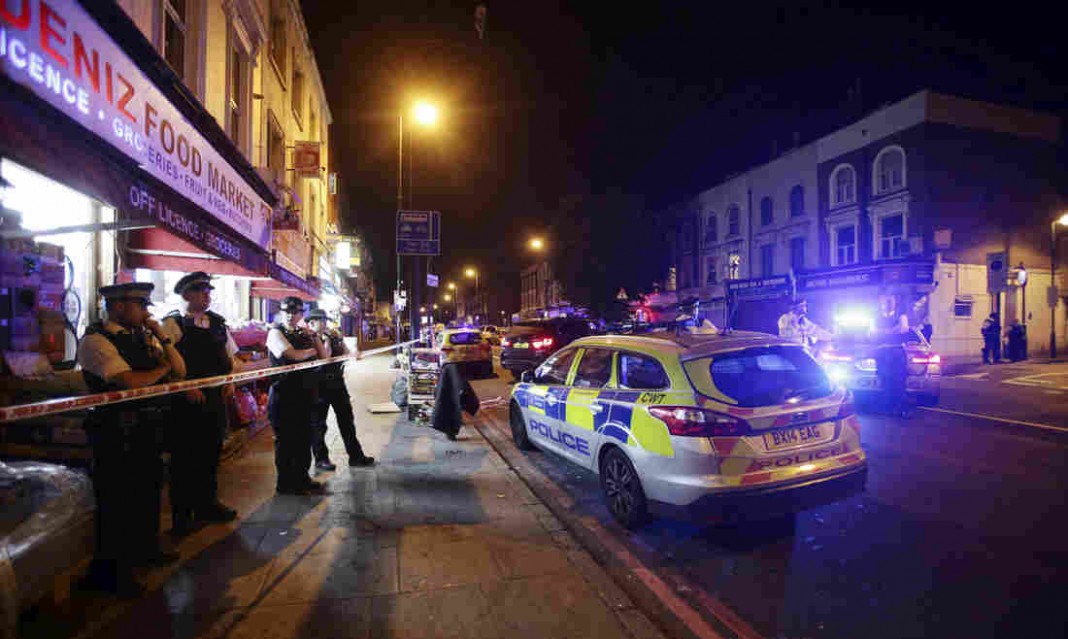 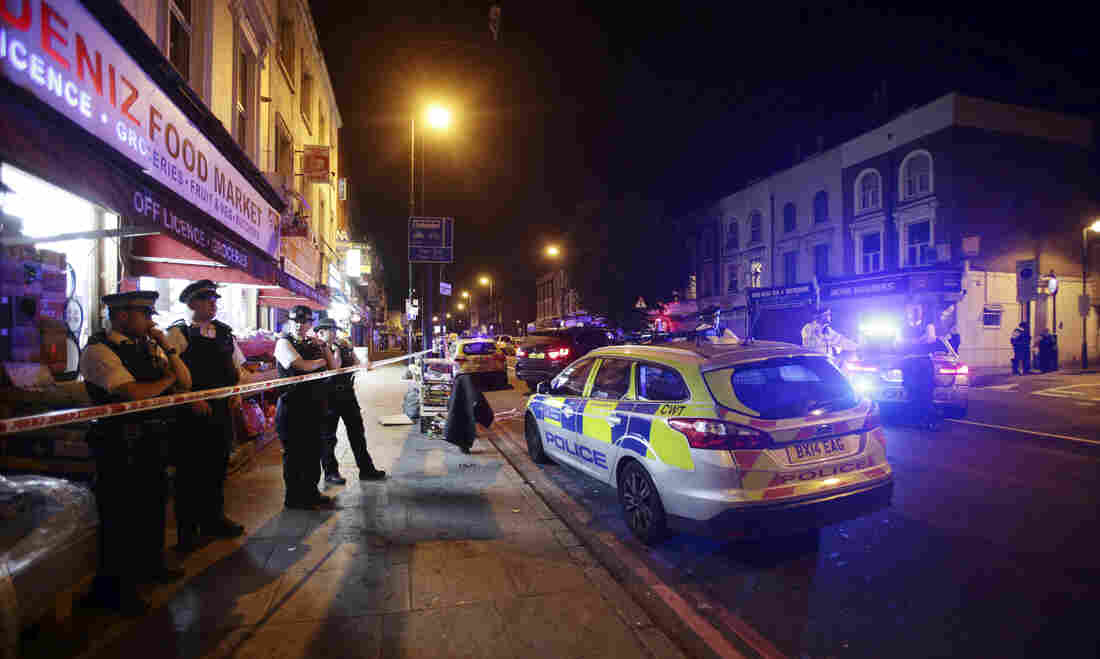 A road in north London is cordoned off in Finsbury Park, where police say a vehicle struck pedestrians, leaving several casualties. One person has been arrested. Yui Mok/AP hide caption

A road in north London is cordoned off in Finsbury Park, where police say a vehicle struck pedestrians, leaving several casualties. One person has been arrested.

London police say they are investigating a “major incident” in North London after reports of a vehicle collision with pedestrians early Monday, leaving at least one person dead.

“One man was pronounced dead at the scene,” Metropolitan Police Service said in a statement. “Eight people injured were taken to three separate hospitals; two people were treated at the scene for minor injuries.”

The U.K. police service said officers were called at 12:20 a.m. local time (7:20 p.m. Sunday ET) to the scene on Seven Sisters Road in Finsbury Park neighborhood, home to many immigrants.

“There are a number of casualties,” the police said in an earlier statement. “There has been one person arrested.”

“The driver of the van – a man aged 48 – was found detained by members of the public at the scene,” police report. He’s “been taken to hospital as a precaution,” where he’ll receive a mental health assessment, according to the statement.

London Ambulance Service tweeted that it was also sending emergency crews to the scene.

According to multiple reports and social media posts, the van ran over people leaving the Finsbury Park Mosque.

“We have been informed that a van has run over worshipers as they left #FinsburyPark Mosque,” the Muslim Council of Britain said on Twitter. “Our prayers are with the victims.”

According to the Council in a follow-up tweet, the van struck the victims closer to the Muslim Welfare House.

“The leader of the mosque will release a statement later but right now safety is our concern,” tweeted the Muslim Welfare House.

Our thoughts and prayers with those who got injured and effected by this cowardly attack in Finsbury Park area, many casualties in the floor

The mosques were busy with people observing the holy month of Ramadan.

Early this month, in what police called a terror attack, three Muslim extremists in a van veered into pedestrians on London Bridge, before attacking people with knives in the nearby Borough Market. Eight people were killed and dozens were wounded before police fatally shot the three attackers.

This is a developing story. Some details reported by the media will later turn out to be wrong. We will focus on reports from police officials and other authorities, credible news outlets and reporters who are at the scene. We will update as the situation develops.