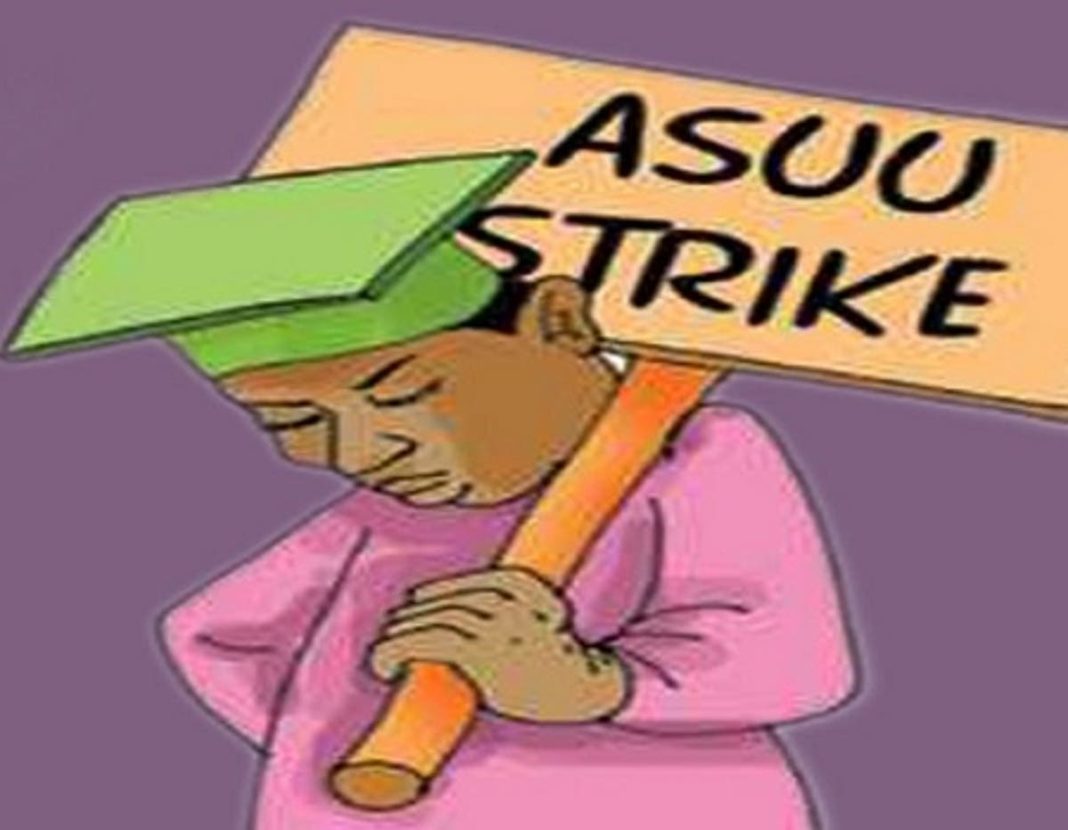 ASUU Strike The National Association of Nigeria Students Joint Campus Committee, NANS-JCC, has described as barbaric the action of military personnel in Akure, Ondo State capital following the disruption of a peaceful protest by soldiers.

The students who gave military authorities 48 hours to apologize over the action vowed to relocate the standpoint of the protest to the Nigerian Army barracks.

Soldiers had on Tuesday dispersed the protesting students who began demonstrating over the prolonged strike of the Academic Staff Union of Universities, ASUU on Monday which led to the barricade of the Akure-Ilesa highway in Akure, halting vehicular movement and causing a traffic snarl for many hours.

NANS-JCC Chairman, Omotoso Surprise, in a statement, said students will not vacate the barracks until “they are done killing every one of us, since they are trigger friendly on civilians and pets to criminals.”

Military personnel who were on transit through the state had on Tuesday dispersed protesting students at the FUTA North Gate and Roadblock axis of the state capital after the alleged refusal of the students to allow them to pass.

Also read: 5 Big Mistakes to Avoid with a Business Start-Up

While demanding a public apology from the military, Surprise, said during the attack on students who were protesting peacefully, the soldiers destroyed and carted away valuables belonging to the students with some of the students sustaining injuries while scampering for safety.

He added that the various chapters of the students’ body across the country will begin mobilization for nationwide protests in barracks if the military fails to apologize.

“We also demand a public apology from the said force (Nigeria Army) and that valuables carted away by these elements, those lost and destroyed during the criminal operation be immediately restored. And that the army takes full responsibility for the treatment of injured persons during the ugly scenario.

“We await the immediate response of the Nigeria Army.

That in the face of their unrepentant and brazen rape of our nascent democracy, they will have Nigerian students to contend with.