As holidays approach, Iqaluit residents want to know when water crisis will end 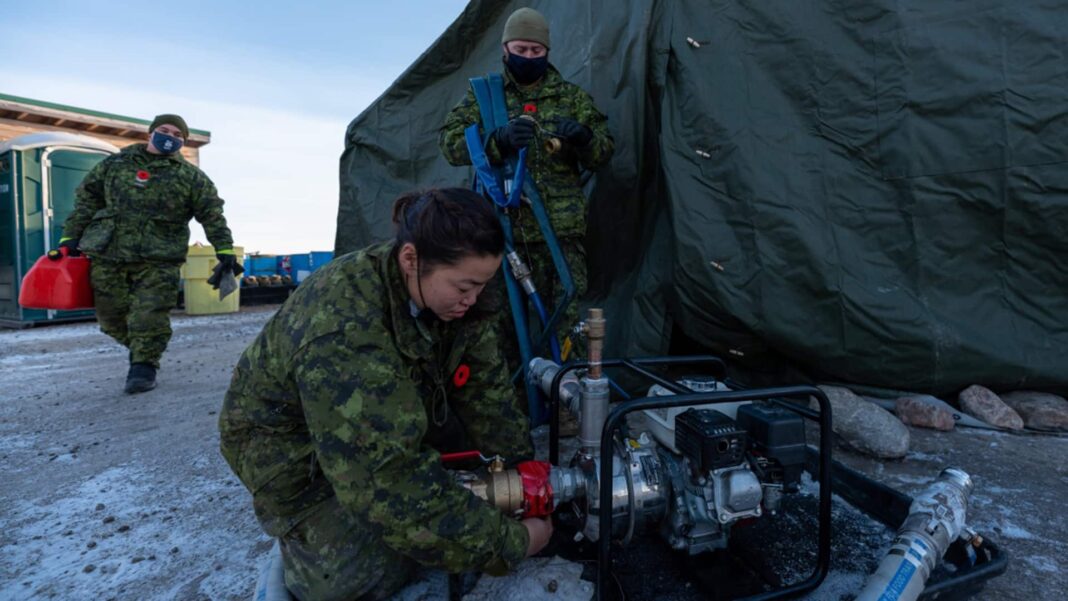 With the holidays approaching, some residents of Iqaluit say they’d like to know when they can start drinking their tap water again.

It’s been two months since the city issued a do-not-consume order for its tap water due to concerns about fuel contamination. The city and the Nunavut government have been airlifting in bottled water, and the Canadian Armed Forces have been filtering river water for residents to drink.

On Wednesday, the territorial government extended Iqaluit’s state of emergency for another two weeks.

Bethany Scott, who lives in Iqaluit, said she appreciates the caution the government is taking, but finds the ongoing water crisis “disturbing.”

“We’re all 20-odd months into a pandemic, everybody’s tired, everybody’s worn out a little bit. To have this happening for such an extended period of time, which no clear end in sight, is stressful — and with the holidays on top of that, even more so,” she said.

“I’ve looked at the [water] test results as they come out. It seems like the water actually has acceptable levels of contaminants. So it would just be good to know when we can see the end of this.”

Scott said she also feels communication from official sources about where residents can go to collect water, and how they should do it, has been lacking.

“Do you have to bring a jug? Is it bottles? It’s been a bit all over the place,” she said. 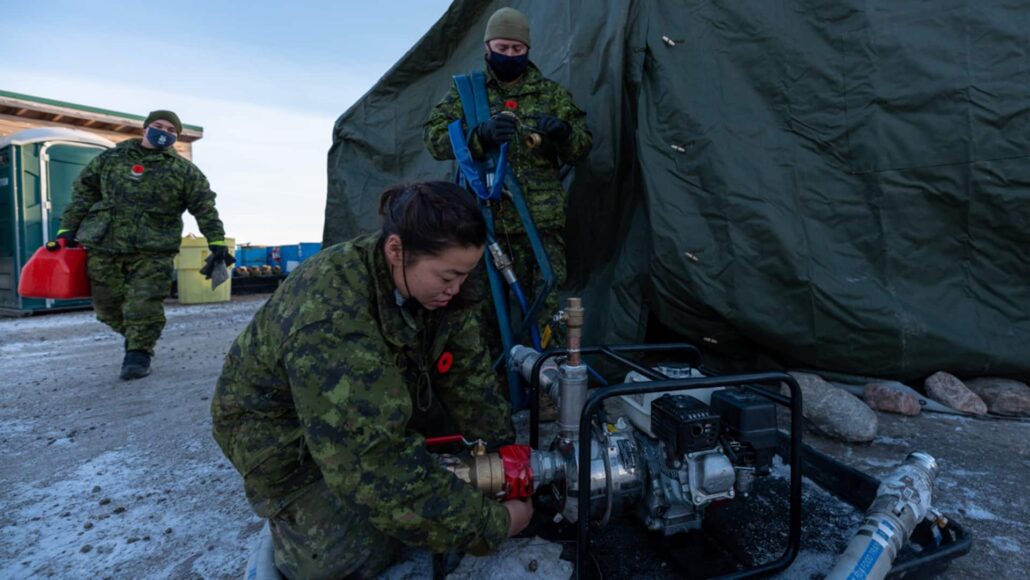 Two weeks after a winter storm in Iqaluit took down the tent that housed the Canadian Armed Forces’ water purification system, its efforts to provide the city with clean drinking water have resumed. 7:39

It’s up to Nunavut’s territorial government to lift the do-not-consume order. The government has told the City of Iqaluit that it needs to meet a list of criteria before the order can be lifted — namely, installing a second device to monitor for petroleum, and building a system to bypass the water treatment plant’s underground tanks.

Last week, Iqaluit Mayor Kenny Bell said he was frustrated because the city’s water tests have been coming back clean. He said while the criteria outlined by the territory are important for preventing future problems, he doesn’t think they should be tied to lifting the order.

“It could take three weeks, could take a month, could take two months to build the bypass because of parts and labour and what not,” Bell said at the time.

“That’s going to take time that we frankly just don’t have.”

The city has said it will cost $130 million to fix the long-term problem and has called on the federal government to pay that cost.

Julia Landry works next to one of the water depots, but said she thinks about people in Iqaluit who don’t have a vehicle or easy access to the depots.

“I just hope that they’re finding a way to access clean, safe water,” she said.

“I also wonder how long this is going to go on for. I don’t feel like there’s a lot of messaging around the process, where it’s at [and] what to expect in the near and distant future.”

Landry said she’s also bothered by the amount of plastic bottle waste that’s been accumulating in Iqaluit due to the water issue.

Geela Muckpaloo told CBC it’s been frustrating to navigate the crisis as a family.

“Just brushing my kids’ teeth, you have to prepare the water instead of just using the tap water. Same thing with cooking — it’s like a double job,” she said.