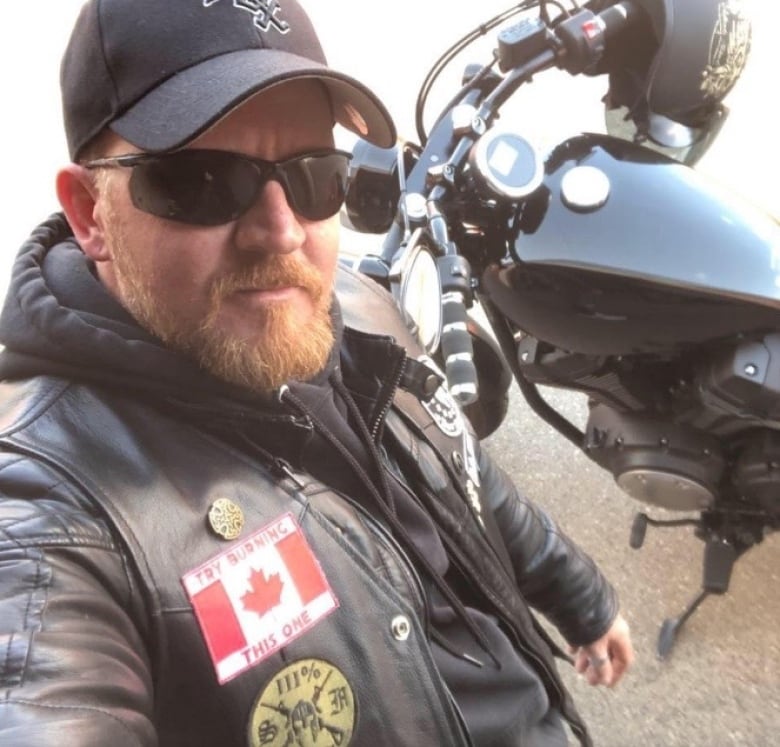 A Canadian army investigation of a troubled reserve unit at the centre of allegations of right-wing extremism identified several members as “vulnerable” and “at risk” of being swept up into “a hateful ideology.”

A partly redacted copy of the investigation’s complete findings was viewed recently by CBC News.

While he acknowledged some troubling signs, Maj.-Gen. Derek A. Macaulay — who until recently was the acting commander of the army — insisted that, overall, the 4th Canadian Ranger Group (4 CRPG) does not have an extremism problem.

“What we’re seeing, based on the summary investigation and the unit command survey, is that there have been indications of some right-wing extremism but there isn’t a problem,” Macaulay told CBC News in a recent interview, prior to his transfer to U.S. Central Command in Florida.

The investigation did not extend to reviewing social media accounts belonging to members of the Rangers unit.

One anti-hate group questions the investigation’s effectiveness, saying that most right-wing organizations and their supporters congregate online.

The special probe was ordered last fall after a CBC News investigation revealed that two now-former Rangers belonging to the patrol in Valemount, B.C. — Erik and Jodi Myggland — had been members of two hard-right organizations, the Three Percent movement and the Soldiers of Odin.

A one-page summary of the army’s review, obtained by CBC News early last month, said the leadership of the Ranger group — which encompasses B.C., Alberta, Saskatchewan and Manitoba — failed to take action promptly when concerns were raised.

The full investigation report shows that, aside from the case of the Mygglands, investigators were worried about two other patrols in Alberta and Saskatchewan.

‘Leaning’ toward a ‘hateful ideology’

In one patrol, said the report, personal quarrels had led to accusations about a smear campaign with racial undertones. The bad blood in this patrol was not linked to hate groups but was enough of a concern for the investigator to recommend that the chain of command intervene, said the report. The problems in the second patrol were not specified but were still cited as sources of concern for the Armed Forces.

The investigation team “did identify vulnerable and at-risk 4 CRPG members who may be leaning towards a hateful ideology and are exhibiting troubling conduct which may indicate an escalation of conduct as identified in the hateful conduct spectrum,” said the report, which did not identify the members considered “vulnerable”.

The report also touched briefly on the case of another member of the 4th Canadian Ranger Group: Corey Hurren, a master corporal in the Swan River, Man., patrol who stormed the gates of Rideau Hall with loaded firearms and multiple rounds of ammunition on July 2, 2020. Since the case was under RCMP investigation last fall, the army investigation could not look at Hurren or his activtiies.

According to an agreed statement of facts read out in court, Hurren wanted to arrest Prime Minister Justin Trudeau over the federal government’s pandemic restrictions and its ban on assault-style firearms. He was sentenced recently to six years in prison, minus a year served.

Hurren had posted material online related to the QAnon conspiracy theory subculture before his arrest but had no known direct prior links to right-wing extremist groups. In the months following the Rideau Hall incident, Hurren was praised online by some extreme organizations.

The investigation report only acknowledged that Hurren was a member of the 4th Canadian Ranger Group. Macaulay said there was no connection between Hurren and the actions of the Mygglands.

“I think, in this case, you are dealing with two separate incidents but both from the same patrol group,” he said.

Evan Balgord of the Canadian Anti-Hate Network said army investigators should have looked closer at the places where right-wing extremists congregate online.

“Any investigation that did not begin by looking at an individual members’ social media account[s] is entirely deficient,” said Balgord.

“Even just some kind of a cursory start. We’re not saying they have to befriend these people and infiltrate their private posts and do that kind of deep dive. Just punch their names into Facebook and Twitter and YouTube and take a quick look.”

Macaulay disagreed, saying there are limits to what the army can do without a complaint or expression of concern pointing to an individual member’s online post.

“In the Canadian Army, we take the privacy of our soldiers very seriously,” he said.

“Having said that, what we do in the Canadian Army is, if we are made aware of social media that is contrary to our ethics, values, conduct, and in the vein of hateful conduct, we act upon it. But we do not make it a habit of combing any social media accounts and if we were to do that, it would require some advice from legal authorities.”

Retired lieutenant-colonel Rory Fowler, a military lawyer now in private practice, said there are relatively few constraints on the army’s ability to look at the open-source social media posts of its members, as long as it doesn’t cross into the territory of an undercover investigation.

“That information is publicly available,” he said. “What may have triggered their concern is the general, broad view that the Canadian Forces does not conduct intelligence operations against Canadian citizens.”

In some respects, the army’s investigation of 4 CRPG fell on a jurisdictional line.

The report said that in its probe of 4 CRPG, the army was looking at how the chain of command responded to reports of right-wing extremism in the ranks, and at the climate and administration within the unit.

The investigation found that the leadership of 4 CRPG did not move swiftly enough to deal with the Mygglands’ activity when it was pointed out by police in London, Ont. in 2017.

CBC News was also told by senior defence sources last fall that separate concerns about the couple were raised by a foreign intelligence service through the Five Eyes intelligence-sharing alliance, which includes Canada, the U.S., the United Kingdom, Australia and New Zealand.

The current commanding officer of the 4th Ranger group will be replaced in June.

The former commander of the army and current acting chief of the defence staff, Lt-Gen. Wayne Eyre, issued specific instructions last fall ordering troops to report incidents of racism and discrimination. He warned that failure to so would make any bystanders “complicit.”

But part-time and reserve members can be held accountable only for what they say on social media while on duty — not for what they post as private citizens.

Regardless, Macaulay said, the army expects a degree of decorum.