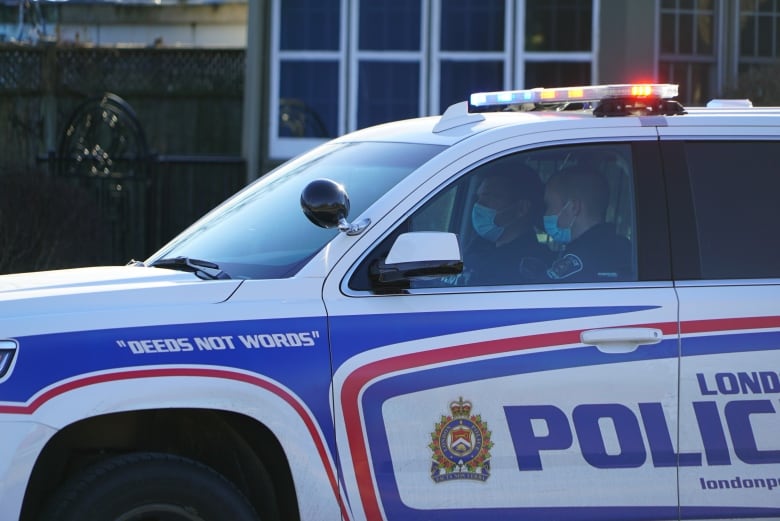 A group of 19 Ontario police officers has launched a constitutional challenge against the provincial and federal governments and several police chiefs, claiming that enforcing sweeping pandemic health restrictions puts them at odds with their oath to uphold the charter.

It was filed in the Superior Court of Justice against the premier, the attorneys general of Canada and Ontario, as well as five police chiefs.

The challenge has yet to be tested in court.

It seeks these declarations:

The group also wants the court to declare that religious gatherings and protests are exempt from pandemic restrictions in Ontario.

The lawyer for the officers is Rocco Galati, executive director of the Toronto-based Constitutional Rights Centre. He didn’t respond to a request for comment on Monday, but the legal challenge was detailed in a virtual news conference posted April 30 to YouTube.

“My clients are concerned to the point that they’re stepping forward at their personal and reputational risk because of unwarranted, and hostile and irrational reprisals,” said Galati, flanked by Toronto police Sgt. Julie Evans and York Regional Police Const. Christopher Vandenbos, who are both plaintiffs.

“Anyone who dares speak out is ostracized and attacked, even if they do so in civil and appropriate ways,” said the lawyer.

Both Evans and Vandenbos spoke during the news conference of simmering tension among police officers in some municipalities who are divided on ideological lines — with those who feel pandemic enforcement measures contradict their oaths as peace officers at odds with officers who don’t have that belief.

“The divide that we’re seeing is very visible,” said Vandenbos.

Investigators are looking over this video circulating on social media to see if two Toronto Police officers were among the four people charged for allegedly violating pandemic health restrictions at an Aylmer, Ont., church. 3:48

The probe was opened following reports they were among four people charged by the Aylmer Police Service in connection with a mass gathering at the Church of God at Aylmer, a southwestern Ontario congregation known for its rebellious stance against coronavirus restrictions.

Evans and Boltyansky were reportedly off duty while allegedly captured on a video taken in the church’s parking lot the night of April 20. The two accused local police of failing to uphold their sworn oath to the Constitution by enforcing provincial pandemic laws.

“Many of these police officers that take it unto themselves to barricade and put an army line between a church and the street and in fact walk into churches unannounced, without a search warrant, onto private property restricting parishioners are breaching 176 of the Criminal Code,” Galati said, referring to the section that says stopping or interfering with a religious gathering is a crime.

“Why? Because they’re taking their cues from the moron politicians and supervisors.”

Challenge argues restrictions are too broad

Galati said officer discretion is being undermined, subverted, and in some cases removed by politicians and police supervisors who require front-line officers to enforce pandemic restrictions that are too vague and broad, especially when it comes to in-person social gatherings, communal prayer or protests.

“You got people like Doug Ford who talk out of their side and mistake the regulations,” he said about the premier. “Then you get a lot of police officers who are getting their cues, not from reading the regulations, unfortunately, but actually from the politicians and supervisors who bring down the law as they see it.”

The order included sweeping new police powers that the province walked back after a backlash from police who refused to stop people randomly to ask if trips outside their homes were essential.

While police have checked their own power in certain cases, Galati, said there have been reports of officers going too far. In Calgary, an officer used a stun gun on a 21-year-old man skating on a community rink; in Montreal, a man was restrained and punched in the head by police in a suburban park, he cited as examples.

Both instances were captured on video and shared widely on social media.

“They’re abusing their authority,” said Galati of the two incidents. “They’re beating up on citizens.”

No date has been set for when the constitutional case may go to court, and it’s unclear whether a judge will allow it to proceed.

On Monday, the Ontario Ministry of the Attorney General told CBC News that the province was served with a notice of application on April 29, and it’s reviewing it and “will respond in due course.”

“As this matter is subject to litigation, it would be inappropriate to comment further,” a ministry spokesperson said in an email.

This marks the second time in a year Galati has represented clients filing a constitutional challenge of government pandemic responses.

In August last year, he announced an action by Vaccine Choice Canada, against the governments of Canada and Ontario, the City of Toronto, senior politicians, a number of Ontario health authorities, health officials and the CBC over their response to the pandemic.