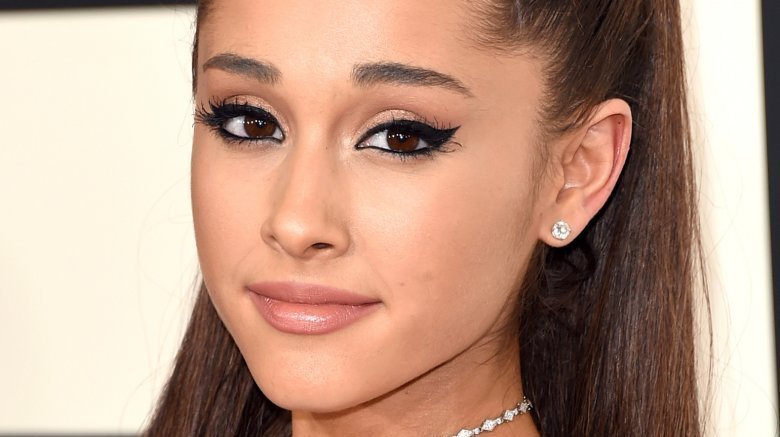 Ariana Grande apparently had eyes for her fiancé, comedian Pete Davidson, long before they started dating.

During her Thursday, Aug. 16, 2018, appearance on The Tonight Show Starring Jimmy Fallon, the “God is a Woman” singer revealed that she unknowingly predicted the couple’s future engagement after they met during her Saturday Night Live hosting stint in 2016.

“We never, like, exchanged numbers or anything. We weren’t even, like, friends for a long time,” she told the late-night host, adding, “I had the biggest crush in the world on him the whole time — like forever. My friends used to make fun of me for all that stuff.”

The two collaborated on skits for the show in the writer’s room. And while Grande said she’s not a “crushy person,” she went on to reveal that after their meeting, “I jokingly said to my tour manager — I was like, ‘I’m marrying him 100 percent.’ I was like, ‘I’m literally marrying him.'”

As Nicki Swift previously reported, Grande, 25, and Davidson, 24, became engaged in June 2018 after only a few weeks of dating. Just before their whirlwind romance, both had called it quits on long-term relationships. In mid-May, the “No Tears Left To Cry” singer split from boyfriend Mac Miller after nearly two years of dating, while Davidson confirmed his breakup from longtime girlfriend Cazzie David around the same time. Their fast-paced relationship has since dominated headlines.

Grande’s bombshell reveal about the cute pair’s meet-cute isn’t the only reason she’s making headlines this week. Just ahead of the release of her already celebrated fourth studio album, Sweetener, on Friday, Aug. 17, the pop star paid tribute to Aretha Franklin during her Tonight Show appearance. Accompanied by The Roots, she delivered a moving rendition of the late Queen of Soul’s classic, “(You Make Me Feel Like) A Natural Woman.”

The “Break Free” singer also gave an inside look at a new song she famously penned for her future husband after they began hanging out earlier this year. “I just made it and I sent it to him and I didn’t know what to call it, so I just called it ‘Pete,'” Grande told Fallon, before joking, “It was either going to be that or like, ‘This Is About Pete Davidson.’ I was like why not, you know? Just be direct.”