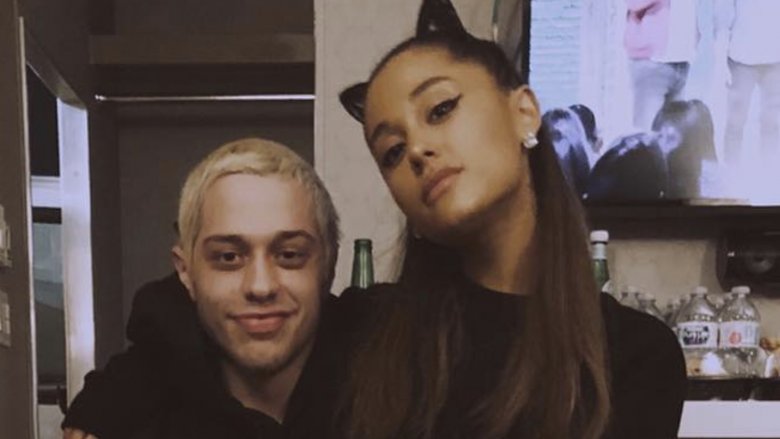 Pop star Ariana Grande just opened up about just how her fiancé, Saturday Night Live star Pete Davidson, proposed to her, revealing that the moment was a low-key affair.

While appearing on the Zach Sang Show in an episode released on Friday, Aug. 17, 2018, Grande shed some light on her engagement with Davidson. “It was just really simple and really sweet,” Grande said of the proposal. “We were just like hanging out and he had a ring and he just asked me. It was really sweet.”

And for fans who imagined that Davidson got down on bended knee before asking his lady love to marry him, well, they’ve got another thing coming. “He didn’t get on the knee or anything, thank God,” Grande shared. “Oh my God, that would’ve been so googly.”

The 25-year-old explained, “I’m not like a very traditional person, so the fact that I’m even getting married is something I never even saw coming.” She added, “I never saw that coming, like, I never wanted that, like, I was, ‘F**k that, there’s no point.’ I was like, ‘What’s the point?’ And then I kinda understood it when it was like, with the right person.” Aw, how sweet is that?

Days before Grande’s episode of the Zach Sang Show dropped, Davidson’s interview with GQ was published. In his cover story, the comedian revealed that he and Grande got really serious about their relationship soon after they started dating. “The day I met her, I was like, ‘Hey, I’ll marry you tomorrow,'” he recalled to the magazine. “She was calling my bluff. I sent her a picture [of engagement rings]. I was like, ‘Do you like any of these?’ She was like, ‘Those are my favorite ones,’ and I was like, ‘Sick.'”

He later noted, “The universe works in weird ways,” adding that he considers himself to be “the luckiest guy in the world.”

As Grande shared in her Zach Sang Show interview, she and Davidson are currently planning their wedding. However, she refused to give up any details about just when and where the two plan on saying their “I dos.” But given how quickly Grande and Davidson got engaged, we wouldn’t be surprised if they married before 2018 is through.