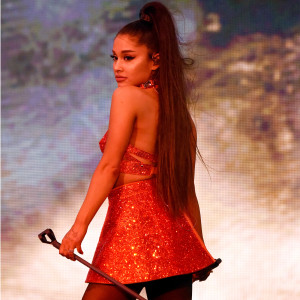 Ariana Grande posted a statement on Twitter explaining why she cried on stage during a Saturday, July 6, concert in St. Louis.

A fan video posted on YouTube showed the “Thank U, Next” singer, 26, breaking down as she performed “R.E.M.” from her Sweetener album at the Enterprise Center.

“She could be seen shaking her head and putting her hand to her face as she tried to continue singing the chorus, “Before you speak, don’t move / ‘Cause I don’t wanna wake up.” 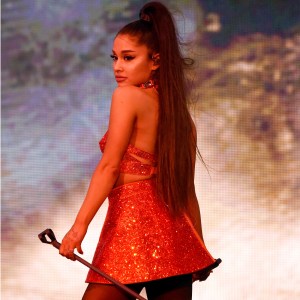 The former Disney star tweeted in June last year, a week after getting engaged to Pete Davidson, that the song is about “dreaming someone into your life (which actually happened way after we made the song which is so v strange).”

But as the clip of her crying circulated on social media, fans speculated she was crying about her ex-boyfriend Mac Miller, who died at the age of 26 of a drug overdose in September.

Ariana Grande and Pete Davidson: The Way They WereGrande took to Twitter on Sunday, July 7, to explain her emotional state.

The singer — who canceled her European tour dates in 2017 after a terrorist bomb attack at her concert in Manchester, England, killed 22 and injured hundreds — continued, “i’m grateful for the opportunity to sing to thousands of people every night. it’s a dream come true. no matter how hard it gets or how many feelings come up that are screaming at me to be processed and sorted through one day, i’m grounded by gratitude and promise not to give up on what i’ve started.”

“i feel everything very intensely and have committed to doing this tour during a time in my life when i’m still processing a lot … so sometimes i cry a lot!” added Grande, who split from Davidson in October after a four-month engagement. “i thank you for accepting my humanness. i’m not sure what i did to deserve to meet so many loving souls every night / to feel so much love, but i want you to know that it really does carry me through. i feel it and appreciate it. and all of you show much.”

The “Breathin’” singer concluded by explaining that she was sharing her message because “i want you to know that if you are hurting, you can push through and are not alone. it is hard to balance taking care of the people around you, doing your job, and healing / taking care of yourself at the same time… but i want you to know, you aren’t alone and i think you’re doing great. love you.”