Wowplus
Home Communities Business Arbitrary charges and illegal deductions to be a thing of the past... 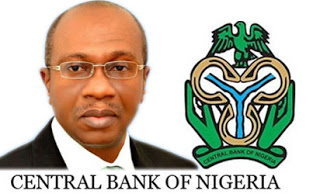 The senate has summoned CBN governor, Godwin Emefiele, his officials, forensic auditors, Managing Directors of banks and Bankers Committee to shed light on the issue of arbitrary deductions from customer’s accounts.

The legislative body also mandated the Committee on Banking, Insurance and other Financial Institutions, led by  Senator Rafiu Adebayo Ibrahim to organise a public hearing for the purpose of harmonising and amending laws, rules and guidelines that do not adequately protect the customers and give them substantial remedy when overcharged.

The senate took the above resolutions following a bill sponsored by Senator Magnus Abe and supported by 22 other senators. Senator Abe said:

“Urgent need to investigate, regularise and amend conflicting, vague and unjust remedies which the Central Bank of Nigeria offers to victims of excess and arbitrary bank charges and illegal deductions by commercial banks.
“The Senate notes that over the years, commercial banks in Nigeria have indulged in sharp practices of overcharging customers/depositors arbitrarily and excessively, contrary to tariff stipulations, credit and monetary guidelines issued from time to time by the Central Bank of Nigeria.”

Commenting on the bill, senate president Bukola Saraki said it was a timely one as every naira is important to Nigerians given the prevailing economic situation.