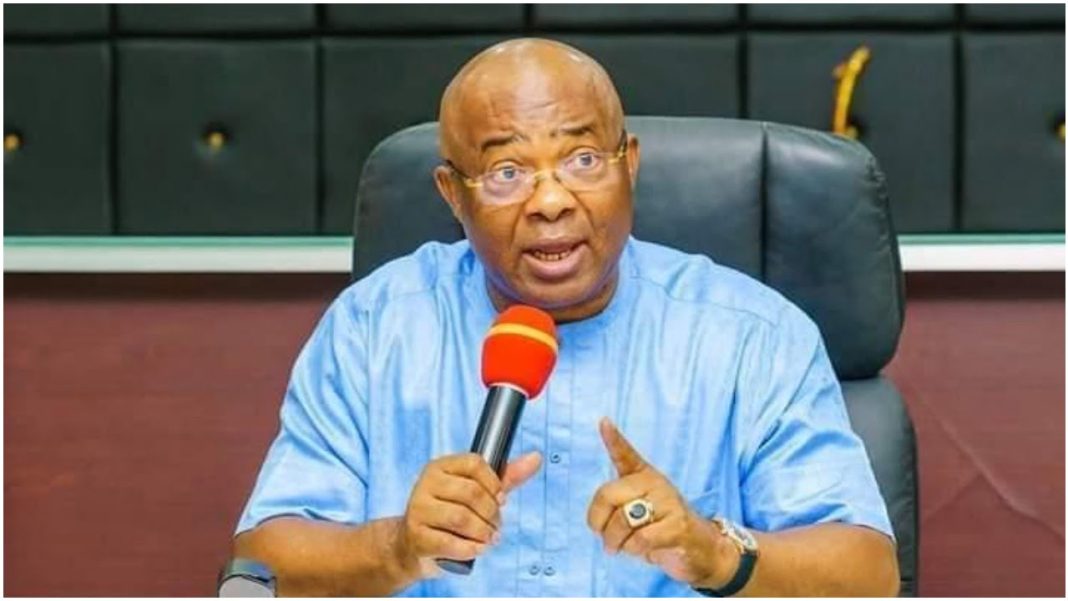 Governor Hope Uzodinma of Imo State on Tuesday hinted at the All Progressives Congress, APC, producing a consensus candidate during the party’s presidential primary in Abuja.

Uzodinma, who is the Chairman of the APC Special Convention, said the party may produce a consensus presidential candidate at the end of today.

Speaking with Channels Television at the Eagles Square in Abuja, the governor said the party would conduct a free and fair election if consensus fails.

According to Uzodinma, “APC is used to consensus, and I’m almost certain that the party will produce a consensus candidate at the end of the day. And where it’s not possible, we will conduct an election that would be transparent, clear, and acceptable to all.”

Uzodinma also stressed that President Muhammadu Buhari has no selfish interest in the election outcome.

Uzodinma insisted that Buhari was interested in due process and wanted things done properly.

“The president’s interest is to have a successful convention to the extent that he would be happy that whosoever emerges is in the position to win the main election.

“Of course, he is the leader of the party, but I’m not sure if there will be any selfish interest. Our president is somebody interested in the due process who wants things to be done properly,” he added.