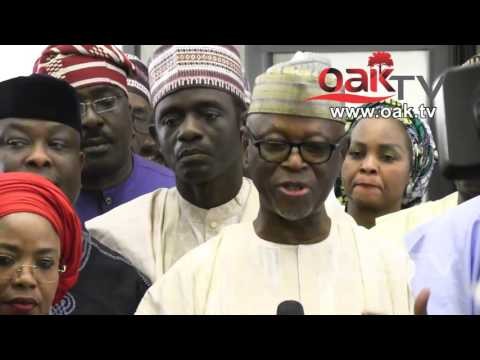 ASABA—THE 2015 governorship candidate of All Progressives Congress, APC, in Delta State, Olorogun O’Tega Emerhor, and a chieftain, Olorogun Jaro Egbo, have said the party will take over the state in 2019.

Speaking at the monthly meeting of the Ughelli North Local Government Area chapter of the Mainstream Delta APC, MDA, Emerhor advised members to be steadfast and committed to their collective aspirations of winning the forthcoming general election.

Reiterating that MDA was the engine room of the APC in the state, he said that the party was out to produce viable candidates that are capable of winning elections at all levels.

In his contribution, Olorogun Egbo said the party is already mobilising the people at the grassroots towards winning the 2019 governorship election in the state.

Other party leaders, Chief Ominimini Obiuwebvi, Chief Khalil Ofuomukoro, Chief Malachi Orode, who were at the meeting, said APC was coming out with a firm determination to unseat Governor Ifeanyi Okowa.