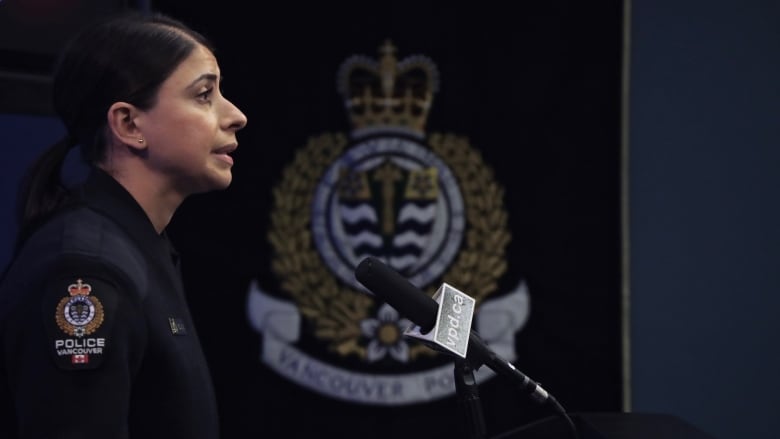 Ray Hsu remembers being worried enough about the man who followed him off the bus to try to take a picture.

The next thing he knew, he was being attacked.

It was broad daylight. There were witnesses, but Hsu says none of them lifted a finger to help.

“Definitely, for me, there were moments when it was hard for me to feel like a person who was right in the world. Especially if I was passing by the location — the intersection — where the assault happened,” Hsu said.

“So I think that there is absolutely a way that requires adjusting.”

‘Let that number sink in’

But in the past 12 months, Vancouver police say they have been concerned enough about the frequency of the type of assault Hsu suffered — a random, unprovoked assault by a stranger — to dig deeper into the statistics.

“Let that number sink in,” a police spokesperson wrote in a series of tweets. “The majority of victims were simply going about their day: running errands, walking, or visiting our city.”

The details of the latest assaults cited by police are chilling: a man running errands had his throat cut when he was attacked from behind; an “erratic and violent male” assaulted several people waiting for the bus; a stranger reached through an open car window to punch the driver in the nose before following and tackling an elderly man.

Const. Tania Visintin told the CBC the three-month statistical review was prompted by the anecdotal observations of officers comparing notes at a daily morning meeting held to discuss the events of the night before.

“As each day was passing, it seemed like every day there was a stranger attack or multiple in one night,” she said.

“So we ran stats, but it was more like investigative.”

Visintin says police analysts defined an unprovoked attack as one in which assailant and victim had no previous interaction, the initial encounter lasted only about 15 seconds and the incident could be considered unreasonable given the circumstances of the assault.

A series of random attacks have made headlines in the past decade, most notably two separate incidents in 2012 — one involving a stabbing in a coffee shop and the other a brutal assault in the Downtown Eastside on three women aged 63, 79 and 87.

Both those cases resulted in trials which shed light on the plight of mentally ill offenders.

Visintin says it’s the first time the department has pulled unprovoked stranger attacks out of the figures for general assaults, so it’s hard to say if the numbers are going up or down.

But the upshot is that four people a day are being attacked by someone they don’t know in locations that are as random as the violence itself, and police say that’s cause for concern.

‘There’s no other underlying motive’

Fatima Jaffer was walking along the seawall last May when an irate stranger threatened her before going on to assault and yell at others.

She was shocked, but as a resident of the West End, she wasn’t surprised.

She believes a lack of services and the isolation of COVID-19 restrictions have put stress on marginalized individuals already struggling with mental illness.

She didn’t call police because she didn’t want to make things worse for the man.

Jaffer’s fears were borne out when Vancouver police officers responded to calls from other victims and mistakenly handcuffed B.C.’s first Black Supreme Court justice — who just happened to be on the seawall at the same time — in their search for a suspect half his age, but described as “dark-skinned.”

Police later apologized to the judge and insisted that the incident was not one of racial profiling.

Jaffer says she believes unprovoked attacks on strangers are a serious issue that the public should be concerned about. But she doesn’t think the answer is more police or a more heavy-handed approach.

Visintin says police have a duty to notify the public about threats to their safety.

“As police, we’re in the realm of public safety, That’s our mandate is to protect lives, to protect property,” she said.

“When we notice this kind of trend, we need to report on it. There’s no other underlying motive for that. Purely this is our job, is to keep the public safe and informed.”

‘It was easy for me to be cynical’

A video shot from a car captured the attack on Hsu at the corner of Main and King Edward. The clip shows the poet and creative writing professor struggling to stay upright as a stranger lays into him.

Hsu says he called for help, but no one came to his aid. After he went public with his experience, he says he was inundated by messages of support from people who said they wished they could have helped.

Over the last few months, we’ve noticed what appears to be an uptick in unprovoked stranger attacks, so we asked our strategic researchers to take a deep dive into the numbers.<br><br>What they found is concerning: over four people a day are the target of a random, unprovoked assault.

He says the response he received from others was overwhelming, but ultimately helped him regain his faith in humanity.

“I have a very strong feeling that being able to have some sort of support — having all the support of people around me after the assault — even if it took energy to manage that, I think that did help me to readjust back to being a normal person again,” he said.

“I’m actually convinced that was necessary given that it was easy for me to be cynical.”