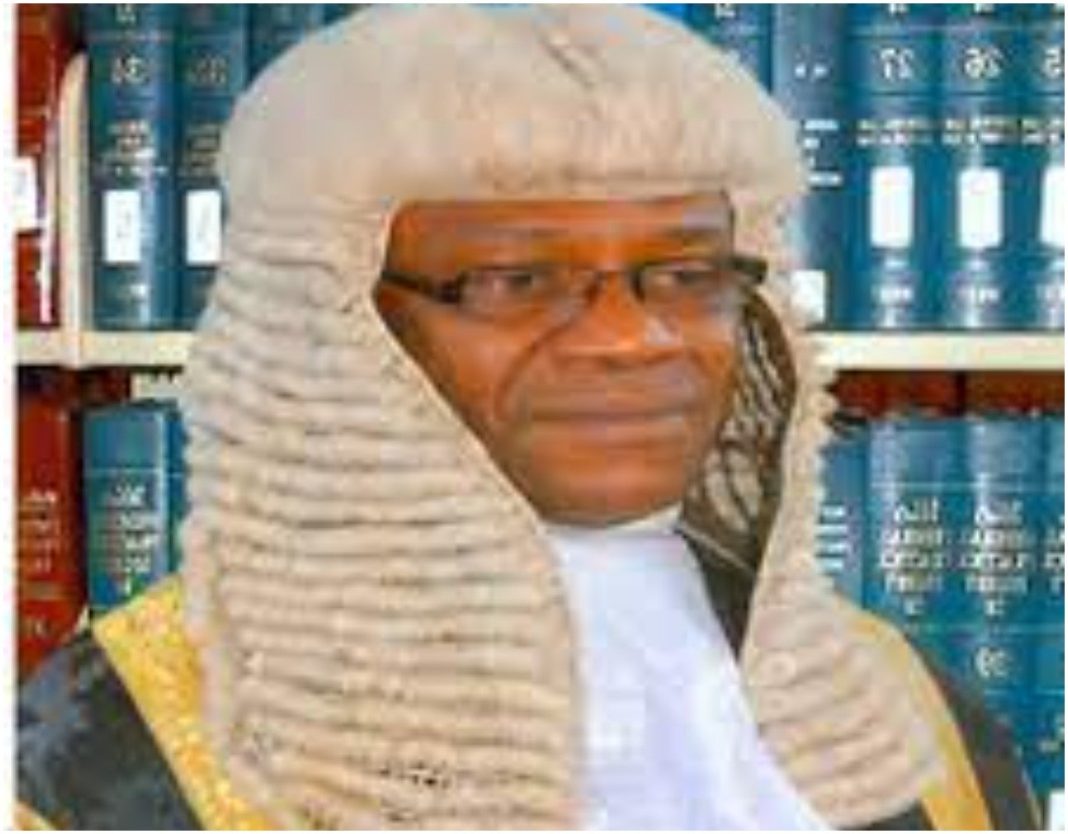 Another Justice of the Supreme Court of Nigeria, Justice Ejembi Eko will on Monday, May 23, 2022 bow out of Nigeria’s judiciary.

The Director of Press and Information, Dr. Festus Akande confirmed that the Justice has signified intention to pull out of the judiciary in line with the provisions of the law.

To make the retirement a befitting one, he said a valedictory court session will be held in his honor on Monday, 23rd May 2022 in the Main Courtroom of the Supreme Court of Nigeria.

He said the session will be presided by the Chief Justice of Nigeria, Dr. Justice Ibrahim Tanko Muhammad, and by tradition, will feature speeches by major stakeholders in the Justice sector.

Among those listed to make speeches are the Attorney General of the Federation and Minister of Justice, President of the Nigerian Bar Association, Chairman of the Body of Senior Advocates of Nigeria, and the retiree.

Justice Ejembi Eko who was born on 23rd May 1952 in Benue State, was called to the Nigerian Bar in 1977 after completing his Law Degree at the University of Ife (now Obafemi Awolowo University), Ile Ife, in 1976.

He worked in different law firms in Benue State before getting an appointment as Director of Civil Litigation in April 1987.

He was sworn in as Justice of the Court of Appeal on 15th February 2008 and was subsequently elevated to the Supreme Court Bench on 7th November 2016.

Also read: Nigerian man arrested in India for allegedly wandering in ‘semi-undressed’ state on the street

With his retirement from the Supreme Court Bench, the ranks of the apex Court have been further depleted to 16 Justices including the Chief Justice of Nigeria.