Another P.E.I. doctor leaves — the 4th in a month — and there may be more to go 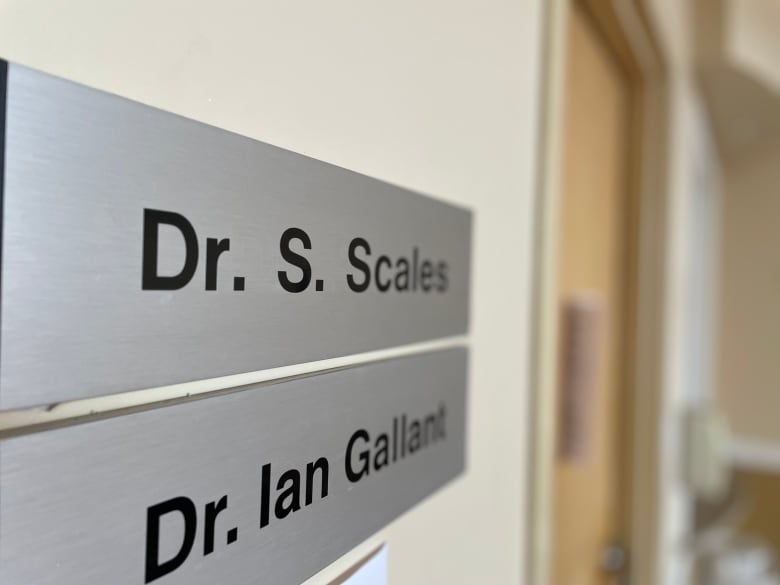 Just a month after three Charlottetown doctors announced they were leaving their practices — leaving 5,000 more Islanders without a family physician — another one has confirmed that he’s done too.

In a letter sent to his patients last week, Scales said that “after months of consideration, I have made the difficult decision to leave my family practice effective July 19, 2022 … As of now, there is no permanent physician or nurse practitioner to take over your care.”

CBC has been unable to reach Scales for a comment on why he’s leaving his practice.

Sasha Clow, one of Scales’ now former patients, received the letter Friday. She’s been left without a family doctor for the first time in her life.

“I felt uneasy because I have a baby,” said Clow. “Getting in to our family doctor was hard enough. Now we’ll have to go to a clinic, and we’ll have to sit at a clinic two hours before the clinic even opens, just to get a prescription for our son who is eight months old. So you’re sitting in waiting rooms longer than I feel you should have to sit in a waiting room.”

In a statement to CBC, Health P.E.I. said Islanders can expect more doctors to follow suit.

“Health P.E.I. is aware of more physicians who have discussed reducing or leaving their practices. It is too early to confirm these as these physicians have not yet confirmed any plans. Health P.E.I. is experiencing the same issues with physician retention as the rest of Canada following many years of heavy workloads for family physicians and two years of pandemic stress.”

While news of the other three physicians leaving their practices went out a month ago, some of their patients are just receiving official letters from Health P.E.I. now confirming their departures, and offering advice on where to turn for various medical needs.

“Letters to patients from physicians who are leaving practices were delayed due to several reasons, including not having addresses for all individuals readily available, printing and shipping. Most letters have now been mailed,” the agency said in its statement. “Health P.E.I. apologizes for the delays.”

Health P.E.I. added that access to free virtual care will be provided to all patients that recently lost their family physician.

“Updates on the process of adding people to Maple, how records will be managed and information about the future of these practices will be provided … over the coming days.”

“I feel like the government needs to pick up the pace and deal with the issues at hand,” she said.