‘Another day of chaos at the White House’: Washington responds to major shake-up at White House 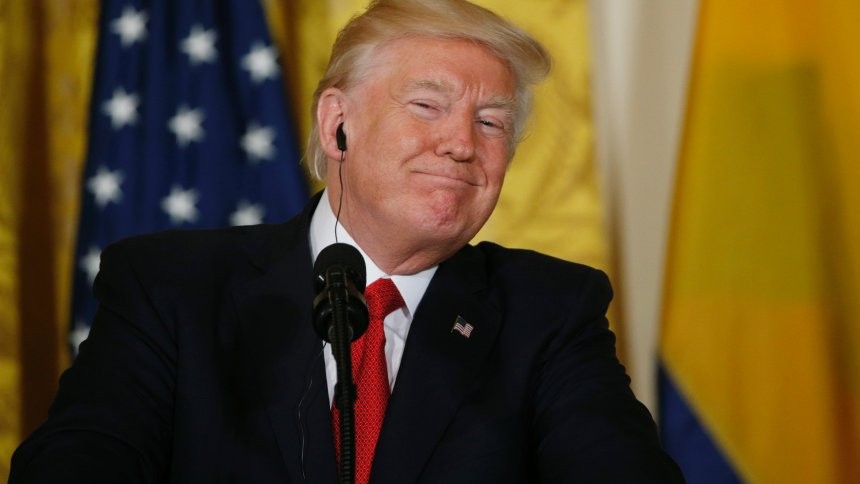 President Trump has made this week a historic one for announcements at 140 characters or less.

On Wednesday, he announced a policy to ban transgender troops from the military. And on Friday afternoon, as Washington political reporters began shuffling out in the rain for happy hour, Trump dropped another bombshell on Twitter: He ousted White House Chief of Staff Reince Preibus in favor of Homeland Security Secretary John F. Kelly.

I am pleased to inform you that I have just named General/Secretary John F Kelly as White House Chief of Staff. He is a Great American….

…and a Great Leader. John has also done a spectacular job at Homeland Security. He has been a true star of my Administration

I would like to thank Reince Priebus for his service and dedication to his country. We accomplished a lot together and I am proud of him!

The move comes after the resignation of former press secretary Sean Spicer and tumultuous infighting among Trump’s closest advisers — Preibus and newly appointed White House Communications Director Anthony Scaramucci, who ripped Priebus in a lengthy, profanity-laced call with a reporter at the New Yorker.

Speaking to reporters as he deplaned following his New York trip, Trump said Friday that “Reince is a good man. John Kelly will do a fantastic job. General Kelly has been a star. Done an incredible job thus far. Great, great American respected by everybody. He’s done a great, great job. Reince Priebus is a good man,” Trump said Friday as he deplaned following his New York visit with law enforcement officers.

According to White House officials, the president had become convinced that Priebus was a “weak” leader and had been lobbied intensely by rival advisers to remove him, The Post reported.

“It has been one of the greatest honors of my life to serve this President and our country,” Priebus said in a statement. “I will continue to serve as a strong supporter of the President’s agenda and policies.”

Kelly is expected to be sworn into the job Monday.

“To the tremendous men and women of DHS, I thank you for the opportunity to serve as your Secretary. When I left the Marines, I never thought I would find as committed, as professional, as patriotic a group of individuals. I was wrong,” Kelly said in a Friday statement accepting the position and addressing his now-former agency colleagues.

“You accomplish great things everyday defending our nation and I know your exceptional work will continue,” he added.

Trump’s abrupt West Wing shake-up drew immediate reaction from both sides of the aisle. Some lawmakers pointed to the change as another sign of a chaotic White House.

I’m sick of the White House being run like a reality tv show. No matter how much the personnel shifts we know the problem is at the top. https://t.co/tR4rwSsUIm

Another day of chaos at the White House, Meanwhile, the American people wait for action on a jobs plan and rebuilding our infrastructure.

Firing of Reince Priebus shows the Feb statement by @realDonaldTrump that his Admin was a “fine-tuned machine” was a lie then & is a lie now https://t.co/tUB8IBKsTZ

Donald Trump appears to have just fired his Chief of Staff, the highest ranking official in the White House, on Twitter. https://t.co/w13XYdhIXW

Often disagree with Sec. #Kelly, but at least he’s a serious adult. Genuinely hope he brings some order & discipline to this reality TV WH.

GOP lawmakers and influential Republicans, including House Speaker Paul D. Ryan (R-Wis.) and Newt Gingrich, chimed in to support the selection of Kelly and to bid Priebus farewell, with Ryan calling him a “dear friend.”

I could not be more proud to call @Reince a dear friend. My statement: https://t.co/prDvO39t41 pic.twitter.com/b0U7IcHBVh

Thank you @Reince, old friend, for a job well done. I know you will continue to serve our great nation.

Congratulations, General Kelly! We all have the highest confidence in you.

John Kelly is a great American. Anna and I are proud to call him and his wife, Karen, friends. He’s an outstanding choice. (1/2)

Thanks to Reince Priebus for his service to our country. (2/2)

Reince Priebus did a good job as chief of staff. His expertise & relationships with Congress benefited the White House in many ways.

Reince Priebus worked nonstop for over 6 years to elect a GOP President,House and Senate.Trump would have lost without the RNC ground game

Sen. Lindsey O. Graham (R-S.C.) said in a statement that Priebus “should be proud of his service” and Kelly “is one of the strongest and most natural leaders I’ve ever known.”

Others looked ahead as Kelly’s move will mean a new Homeland Security Secretary.

I’ve had serious concerns about Sec. Kelly and DHS’ immigration policies that are detrimental to families, public safety and our economy.

Hoping the next DHS secretary is more supportive of humane immigration policies that keep communities safe and families together. https://t.co/jpTVuyjaRH

Congress must ensure Kelly’s replaced by a secy who focuses on protecting our nation, not advancing an anti-immigrant, fear-mongering agenda

David Nakamura contributed to this report.