Anambra has too many ‘beer parlours’, Monarch laments 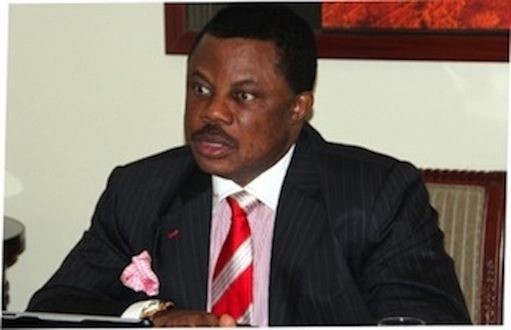 The traditional ruler of Ogilisi, Idemili South Local Government in Anambra, Alex Onyido, has decried the number of “beer parlours” in the state.

Mr. Onyido raised the alarm in Awka, the state capital, on Friday at the 2017 edition of Lady Victoria Onyido quiz competition, organised by the National Drug Law Enforcement Agency, for secondary schools.

The monarch, who is the sponsor of the quiz competition, called for stringent measures to curtail the growing number of drinking joints in the state.

“The trend is worrisome and not in the best interest of public health. There are just too many beer parlours in Anambra and the numbers are increasing at an alarming rate,” he said.

“Such facilities breed crime and criminality; the rate at which such businesses are springing up in all corners calls for concern.”

He also added that the competition was meant to draw government’s attention to the use of illicit drugs among secondary school students.

The monarch also lauded NDLEA’s commitment to the fight against drug abuse and peddling, pointing out that drug addiction and abuse could lead to other vices like kidnapping, armed robbery and prostitution.

In his speech, Gov. Willie Obiano commended the sponsor and NDLEA for the effective collaboration in the fight against drug abuse in the society.

Mr. Obiano, who was represented by Kate Omenugha, Commissioner for Education, said his administration was committed to quality education that would enhance students’ capacity to compete with their peers the world over.

NDLEA Commander in Anambra, Sule Momodu, in a brief remark, said that the competition, which started four years ago, had yielded positive results.