Amazon is packing more stuff into warehouses: Here’s why it matters 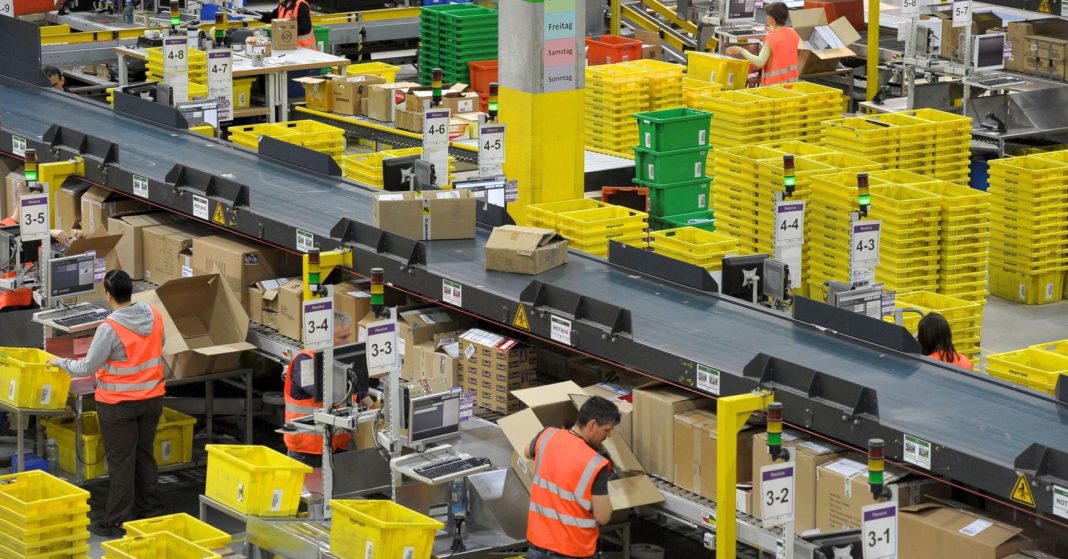 As robots pack more and more items into Amazon’s fulfillment centers, reaching high up on shelves to store and retrieve toiletries, electronics and household goods, the company is reconsidering how it accounts for space.

On last week’s earnings call with analysts, Chief Financial Officer Brian Olsavsky said that Amazon could start using cubic feet, instead of square footage, to measure its warehouse footprint. That would change the measurement from one of sheer size to one of volume, and give a clearer picture of how Amazon is becoming more efficient as its inventory grows.

“We are debating whether the dynamics of the warehouse are changing, so that square footage may not be the main indicator — it might be cubic feet,” Olsavsky said. He said that if the company makes a change it will provide more detail to investors, but he didn’t say when a decision will come.

As of now, Amazon expects its warehouse footage space to grow 15 percent in 2018, slower than the 30 percent growth rate over the prior two years. At the end of 2017, Amazon occupied almost 200 million square feet of space in its warehouses and data centers.

The company is moving in the direction of vertical expansion, filling up multi-story warehouses, which is particularly important as it builds in more densely populated urban areas. So its actual use of a warehouse is no longer shown by just length times width but increasingly includes height.

“Amazon is getting more and more efficient at using the warehouse space in a three-dimensional way,” said Suvrat Dhanorkar, a supply chain management professor at Penn State University.

Most of those improvements are being driven by automation, with robots and machines handling a greater amount of warehouse work, Dhanorkar said. Amazon, which spent $775 million on robotics company Kiva Systems in 2012, reportedly has over 100,000 robots in its fulfillment centers around the world. Mark May, an analyst at Citigroup, wrote in a note on Friday that Amazon plans to make 20,000 fewer holiday hires this year because of automation.

Following Olsavsky’s comments on the call, Nomura analyst Simeon Siegel wrote that Amazon is continuing to find ways to make better use of space.

“Interestingly, management noted that they may begin to think about cubic footage, which may suggest a further utilization of height within their centers, finding further incredibly economical footage in existing locations,” Siegel wrote.

It’s an industry-wide problem. The surge in online shopping has led more retailers to seek out storage space. Demand for industrial real estate — mostly e-commerce warehouse and distribution centers — has outstripped supply for 34 consecutive quarters, according to a recent report from CBRE Group.

Tarek Abdallah, a professor at Northwestern University’s Kellogg School of Management, said multi-story warehouses are particularly useful for Amazon and other companies that want to be closer to cities so they can speed up deliveries to customers.

“The real estate price is very high in highly dense urban areas,” said Abdallah, who researches operations management. “This strategic move is crucial for Amazon because they want to solve the last mile problem.”

With that trend, cubic feet becomes a more logical way to measure warehouse capacity, said Douglas Hales, a supply chain management professor at the University of Rhode Island. The first U.S. multi-story warehouse was only announced in 2016.

“Cubic feet is definitely being adopted by a large number of companies that use multi-level distribution centers,” Hales said.

Correction: At the end of 2017, Amazon occupied almost 200 million square feet of space in its warehouses and data centers.