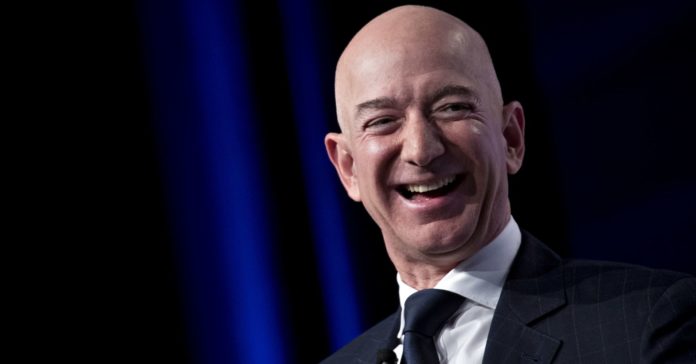 Customers worldwide ordered more items than ever from Amazon this holiday season, the company announced Wednesday.

These sales could give the company a chance to beat its own outlook for the holiday season, which disappointed investors after its last earnings report. But investors will still have to wait for Amazon’s fourth-quarter earnings to understand the impact of these sales since the company did not disclose the amount of revenue generated this season.

Amazon had projected stagnant to minimal growth in operating income compared with the same time last year, which sent its stock plunging 10 percent when it reported its third-quarter earnings. It projected $2.1 billion to $3.6 billion in operating income for the fourth quarter of 2018, falling short of analyst expectations of $3.9 billion. During the same quarter in 2017, Amazon said it made $2.1 billion.

Amazon said tens of millions of people signed up this season for free trials or paid memberships for Amazon Prime. The company said it sold millions more of its own devices, like the Echo Dot and Fire TV Stick 4K, compared with last year. Amazon said it also sold a record number of smart home devices including the Amazon Smart Plug, Ring Video Doorbell 2 and the iRobot Roomba 690.

Customers seem to be growing more comfortable ordering with Amazon’s voice assistant, Alexa, with the company saying people used it for shopping three times as much as last year. Amazon’s Alexa was the most popular app in the U.S. on Apple’s App store Wednesday, meaning lots of devices were likely activated on Christmas Day.

Amazon famously declines to disclose specific sales or Prime subscription data when it boasts about sales during peak shopping times like Black Friday and Amazon Prime Day. The Wall Street Journal reported last week that the Securities and Exchange Commission has asked Amazon to start disclosing how much revenue it books from Prime subscribers, but Amazon has resisted, saying those figures aren’t essential.