Alleged Fulani herdsmen lay siege for commuters in Edo State (video), A gridlock was reportedly witnessed last weekend after some suspected Fulani herdsmen allegedly laid siege for commuters last weekend after Okada in Edo State while heading towards Ore in Ondo State.  A social media user who shared a video from the scene of the incident, said the armed herdsmen were brandishing machetes.  @RealOlaudah tweeted;  Aledged Fulani Herdsmen, laid a seige on commuters after Okada, Edo State, heading towards Ore Ondo State, on the way to Lagos last weekend. It seems this insecurity issue has blown out of the capacity of law enforcement officials to handle. Please watch 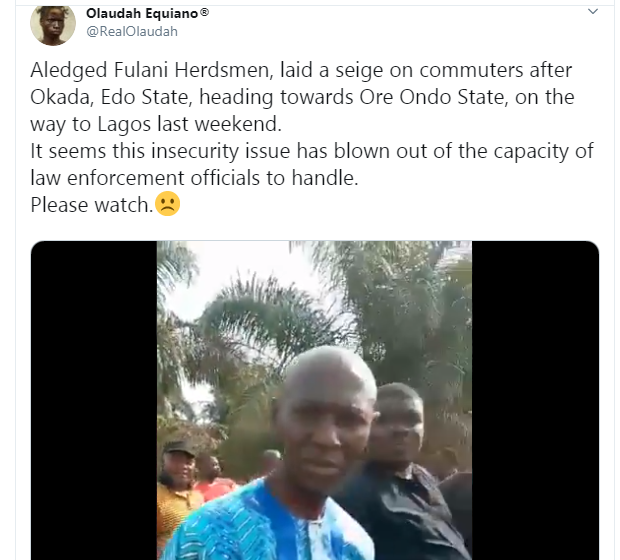