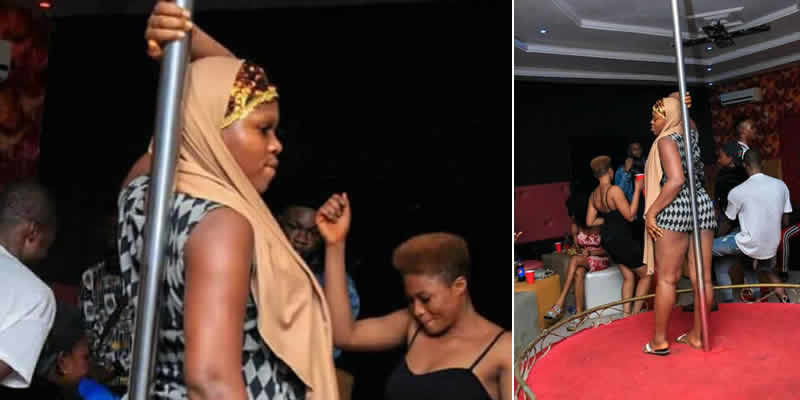 Reactions trails photo of a young lady suspected to be a stripper, wearing Hijab while entertaining her audience in a Night club

A Nigerian man has taken to social media to share pictures of what he saw in a nightclub recently, sparking mixed reactions among internet users.

The pictures which have gone viral online – feature an unidentified lady grinding hard and pole dancing at a party held in the club while putting on a hijab.

The Nigerian man who said he witnessed it, revealed that other revellers at the party were surprised to see the “religious slay queen” doing her thing in hijab.

Reacting to the photo, A Facebook user identified as Zainab Adeola, wrote;

Allah please forgive our sins. Using hijab to do rubbish. 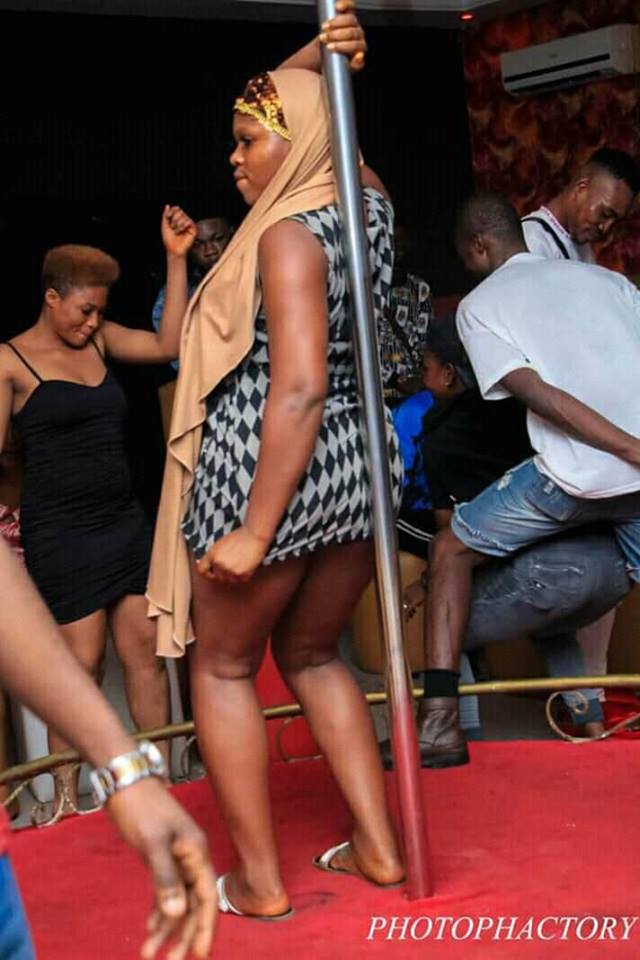 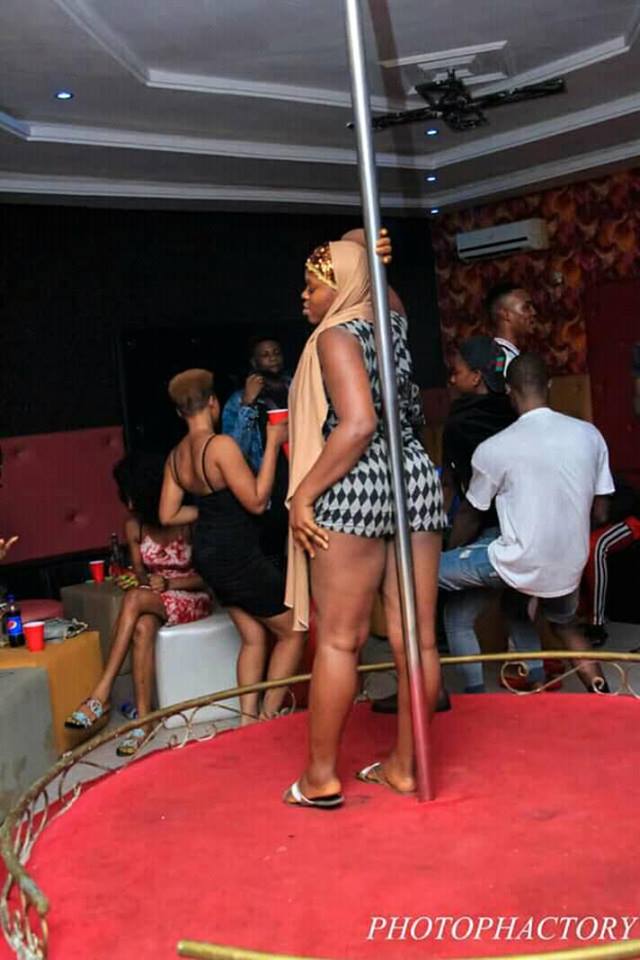 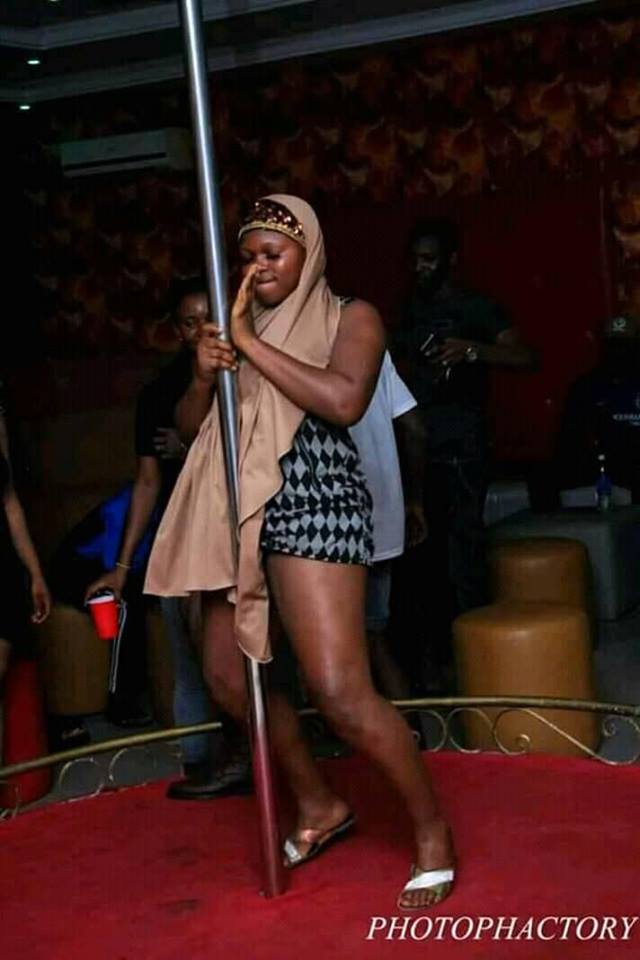 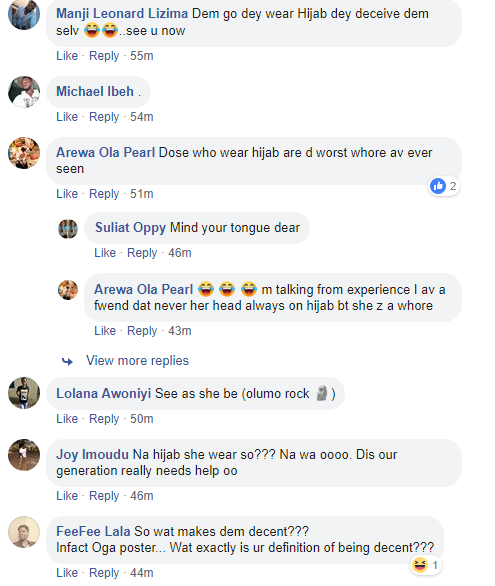