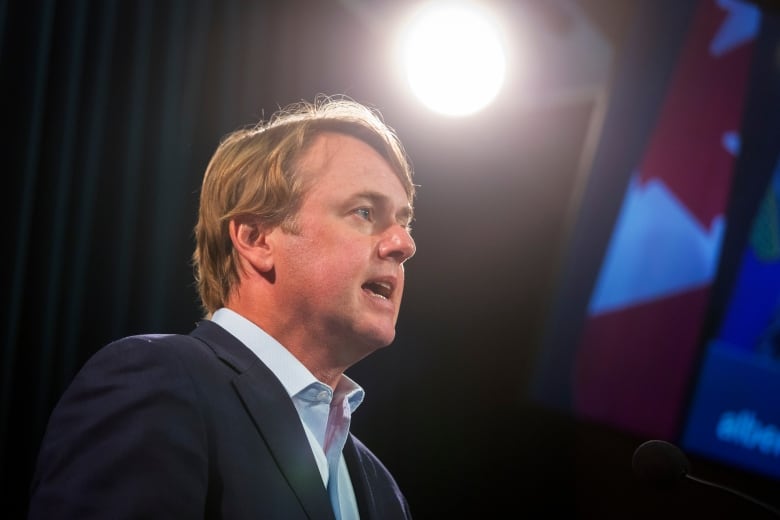 Kaycee Madu is out as Alberta’s justice minister after an investigation found he attempted to interfere with the administration of justice.

An inquiry was launched in January following revelations that Madu had telephoned Edmonton police Chief Dale McFee to discuss a $300 distracted driving ticket he received on March 10, 2021.

The investigation report, written by retired Alberta Court of Queen’s Bench Justice Adèle Kent, was submitted to the province Feb. 15. It was made public Friday.

“The logical next step would mean that he expected the chief to respond to his concerns about the ticket,” Kent said in the report.

“There is a process that the Minister knows well to address questions of police conduct. It does not start with a phone call to the chief of police.”

Madu did not interfere with the administration of justice, the report says, noting the conversation did not reach the point where the minister asked the chief to do something about the ticket.

But the minister did try to interfere, it adds. Madu said he was looking for assurances the stop was not motivated by illegal surveillance or racial profiling.

Kent noted in the report that Madu’s anger and concern about possibly being racially profiled were understandable reactions.

“It does not absolve the minister from responsibility but it is an explanation that deserves recognition.”

Premier Jason Kenney issued a statement Friday responding to the report. He honed in on the report’s third conclusion: the call had created a reasonable perception of interference.

“The report concludes that Minister Madu did not interfere in the administration of justice but that the phone call could create a reasonable perception of interference,” he said.

The investigation found Madu’s motivation “was not to reverse the ticket but to raise broader concerns, particularly related to racial profiling,” he added.

Kenney’s statement did not address that Madu was found to have attempted to interfere with the administration of justice.

Madu remains in cabinet after shuffle

Given the report’s findings, Kenney felt Madu should no longer be justice minister — but he will remain in cabinet.

Madu, who Kenney asked to “step back” last January, will take over the labour and immigration portfolio.

Kenney said he looks forward to Madu’s contributions as minister of labour and immigration.

Tyler Shandro, who has been labour minister since resigning as health minister last September, will take over as minister of justice and solicitor general.

Kenney welcomed Shandro to the justice portfolio, describing him as “an experienced lawyer” who has served on numerous boards.

Shandro is currently facing a Law Society of Alberta hearing into a possible breach of conduct, after a Calgary doctor said Shandro and his wife yelled at him on his driveway in front of his kids in March 2020.

Sonya Savage, who has been the acting justice minister and solicitor general, will continue as energy minister — her role since 2019.

Opposition NDP Leader Rachel Notley said Madu ought to return to the backbenches, however.

“It is totally unacceptable for Kaycee Madu to remain in the UCP cabinet,” Notley said in a news release Friday.

“For Jason Kenney to allow him to stroll down the hall into another ministry and continue to sit as part of the province’s executive council is unforgivable.”

Lori Williams, a political science professor at Mount Royal University, said the optics of the shuffle are terrible.

“This should have been a finding that would have led to the removal of Mr. Madu from cabinet,” she said.

Williams said it raises questions about the government’s inner circle, especially considering there has now been a series of ministers removed following scandals.

Shandro’s appointment while facing a Law Society hearing into his conduct is inexplicable, she said, adding that the appearance of “being just and fair and above reproach” as justice minister does not appear to have been “taken seriously in this cabinet shuffle.”