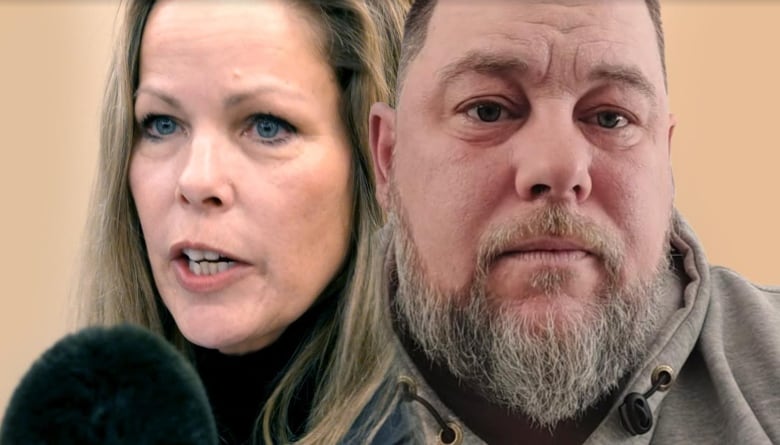 Leader of the so-called Freedom Convoy Pat King has been denied bail because of a “substantial likelihood” he would reoffend, according to Justice of the Peace Andrew Seymour.

Seymour referenced King’s comments on other videos posted online about continuing to protest, plus his “history of criminality” as reasons for denying bail.

“I am satisfied there is a substantial likelihood Mr. King would continue committing offences similar to what he is accused of, should he be released,” Seymour said in his decision.

Seymour also cited videos shared by the Crown as evidence and said it is an “overwhelming case.”

“There is significant evidence linking Mr. King to the organization of the occupation, participation in the occupation, and directing others via his social media videos to commit the alleged offences,” Seymour said, noting the Crown’s intention to seek a lengthy imprisonment.

During his first bail hearing Tuesday, most of the discussion focused on his proposed surety — a fellow protester — and whether King was likely to violate any conditions placed on him. The surety, fellow Albertan Kerry Komix, pledged $50,000 to ensure King wouldn’t violate those conditions.

But Seymour said evidence showed Komix was involved in organizing the protests and she is firmly entrenched among those leading the convoy.

“Ms. Komix testified her commitment now was to the administration of justice, however I am left questioning the credibility of that commitment given her own participation in the occupation and activity on social media,” he said.

Komix had previously testified she met King roughly four weeks ago, and that she travelled in the convoy of trucks from Alberta to Ottawa with him.

She also denied knowing King’s history of racist comments in videos posted on social media where he has a large following.

“There were also serious questions raised as to how well Ms. Komix actually knows Mr. King,” Seymour said. “She testified that she was unaware Mr. King had released racist videos where he mocks Asians and Hebrews and suggests that Caucasians have the strongest blood lines.”

King’s next court appearance is March 18.

Court denies bail to Lich, allows it for Barber

Tamara Lich, another major organizer of the three-week occupation in Ottawa, was denied bail on Tuesday.

She was behind the now-halted GoFundMe campaign that raised more than $10 million to support those involved in the convoy. She was arrested a day before King, and charged with counselling to commit mischief.

During her bail hearing, the judge said she was not convinced Lich would go home, stay there and stop her alleged counselling.

“This community has already been impacted enough by some of the criminal activity and blockades you took part in and even led,” said Justice Julie Bourgeois.

“You have had plenty of opportunity to remove yourself and even others from this criminal activity but obstinately chose not to and persistently counselled others not to either.

Prior to her arrest, Lich said she wasn’t concerned about being arrested, didn’t think the protest was illegal and also said her bank account was frozen.

In her decision to deny Lich bail, the judge said she could face a “lengthy” prison sentence, if convicted.

Lich is scheduled to return to court March 2, but her lawyer told CBC Lich is planning to appeal the decision to deny bail.

Another organizer, Chris Barber, was granted bail last Friday. Part of his conditions were that he had to leave Ottawa within 24 hours and Ontario by Wednesday.