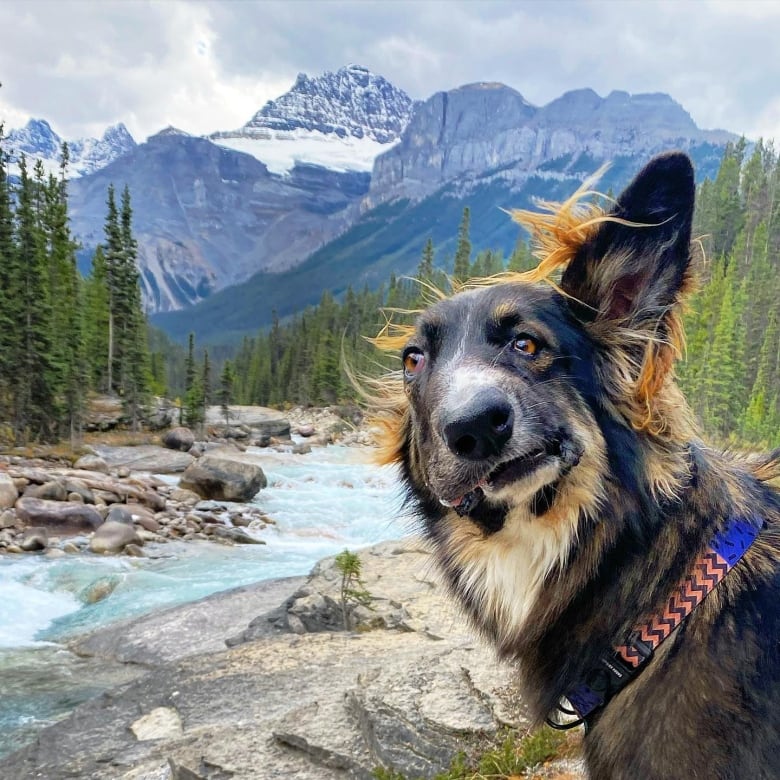 An Alberta dog adored for his decidedly unusual looks is set to be united with his canine doppelgänger.

Brodie, a German shepherd-border collie mix whose unique face has earned him social media fame, will soon have a new playmate at his home in Red Deer, Alta. — a rescue dog from Houston, Texas, with similar facial deformities.

Brodie — who has close to 600,000 followers on Instagram and nearly 3,000 more on Facebook — has what his owner Amanda Richter describes as a “wonky face.”

His snout curves wildly. One eye bulges from its socket. His tongue lolls lazily from his crooked jaw.

Brodie was bitten on the head by his mother as a puppy, leaving him with facial injuries and a partially blind eye.

“He looks a little like Quasimodo from The Hunchback mixed with the hyena from The Lion King,” Richter said.

“I always say he looks like a Picasso masterpiece.”

Ritcher figured Brodie was one of a kind. So she couldn’t believe it when she stumbled across his look-alike a few weeks ago on the Facebook page for an animal shelter in Houston.

Raven, a female German shepherd mix with a curved snout, crooked smile and loose tongue, just like Brodie, had been put up for adoption.

Ritcher is adopting the dog and now working to bring the animal to her new home in Alberta.

She is keen to give a good life to Raven, who was likely born with her unusual facial features.

“I believe everything happens for a reason,” she said. “This dog was meant to cross my path and cross my screen.”

Brodie has been Richter’s “best boy” for more than two years.

She and her partner, Brad Ames, adopted him from a shelter in Ponoka, Alta., in September, 2019.

Richter instantly fell in love with Brodie’s misshapen face after scrolling past his photo on social media. Soon, she was documenting his adventures on Facebook and Instagram.

Brodie’s unusual looks and spunky personality have earned him thousands of followers. He has been featured in People magazine and newspapers around the world.

Soon, he will be sharing the limelight — and his favourite spot on the bed.

His new playmate is expected to arrive in Alberta by the end of the month, thanks to a little help from Brodie’s fans. 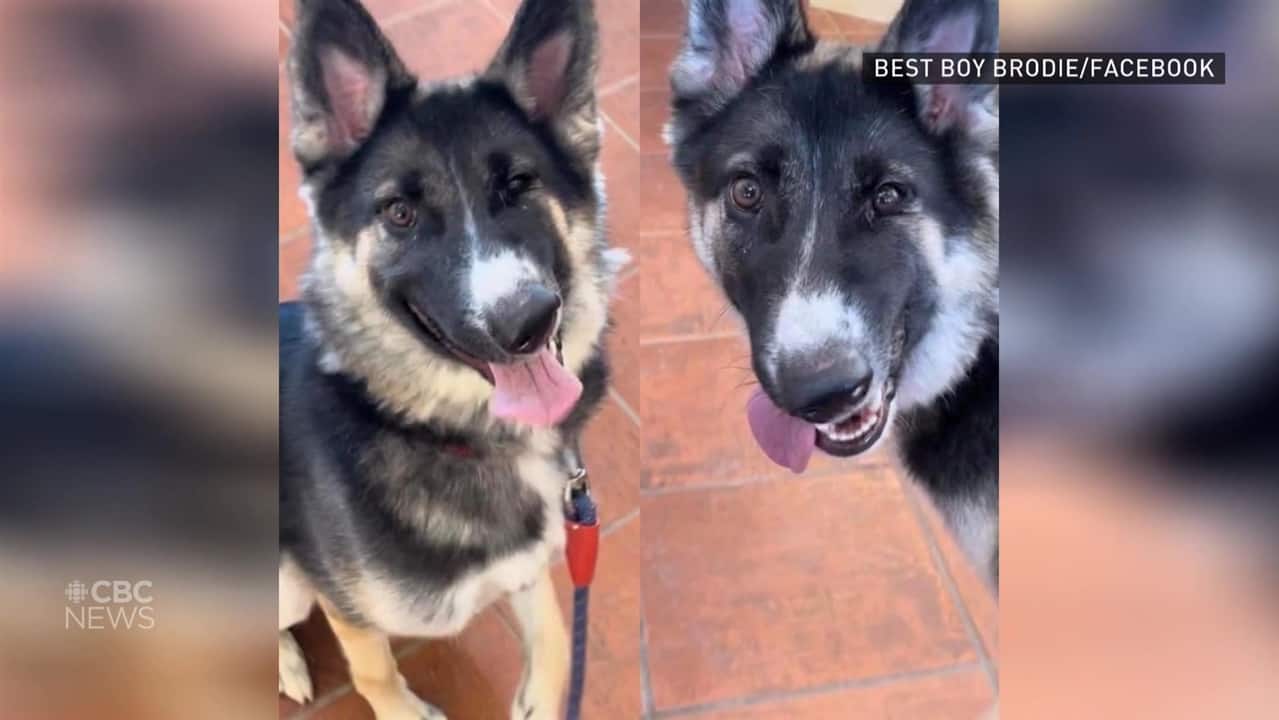 An Alberta dog beloved for his decidedly unusual looks is set to be united with his canine doppelganger — all the way from Texas. 1:48

When her adoption application for Raven was officially approved, Ritcher said the logistics of arranging cross-border transport for the dog seemed daunting.

She launched an online fundraising campaign to help cover the transport costs. Within the hour, the campaign hit its goal and has since raised nearly $8,000.

‘One in a million’

Puppy Rescue Mission, a Texas-based charity that most often works to reunite military members with animals they adopted during overseas deployments, will be organizing the transport.

Next Saturday, Raven will be taken from her current home at the Fuzzy Texan Animal Rescue and be put on a flight to Seattle. From there, a volunteer will drive her across the border into Canada.

Money raised through the fundraiser will cover Raven’s medical costs, expenses and certificates she needs to cross the border.

Ritcher said she feels overwhelmed by the generosity of Brodie’s fans and can’t wait to have her two matching dogs together at home.

“They should be together because what are the odds? It’s one in a million … it was just meant to be.”