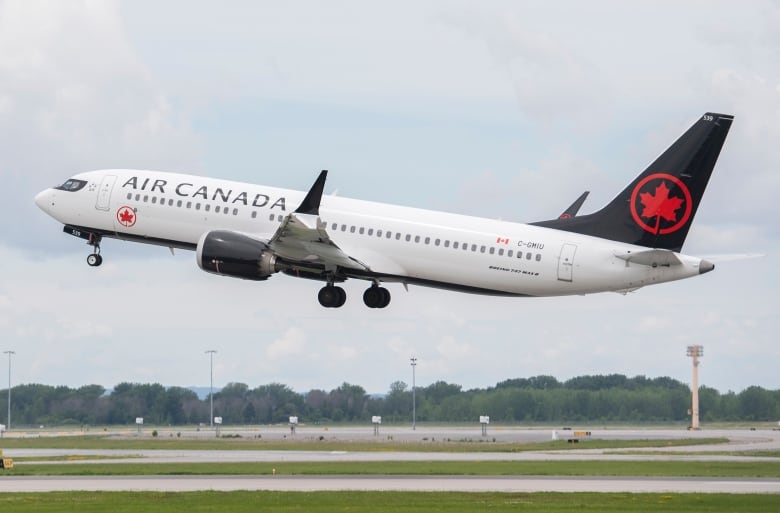 Air Canada is apologizing after not allowing a passenger who’s blind to board a flight from Toronto to Minneapolis with her guide dog.

Dena Wainwright, a 49-year-old Canadian who lives in Minnesota, says she will never fly with the airline again after being forced to leave Toronto by train, cross the border by car, and take a domestic flight home, costing her more than $2,000.

“Not to mention all of the stress,” Wainwright told CBC Toronto.

“Being treated by Air Canada employees like I was a criminal, like I was being held hostage, having them speak to my daughter instead of me. Like I was too mentally impaired to have a coherent conversation with the agent.”

Wainwright’s case isn’t the first time this year that Air Canada has run into controversy over the way it treats passengers with disabilities. In September, CBC News told the story of Maayan Ziv, an accessibility activist who travelled on Air Canada from Toronto to Tel Aviv, only to find that her wheelchair was damaged after her flight landed.

Wainwright works in technology and accessibility as a vice president with Fidelity Investments. She’s also completely blind after being born with a genetic eye disease.

Last week, Wainwright travelled to Toronto from Minneapolis to celebrate her birthday with her daughter. She was also travelling with her service dog Lilo, a five year-old black Lab.

Wainwright says she was able to board and travel on the Air Canada flight from Minneapolis to Toronto without any issues. At check-in, Wainwright was asked if the animal was registered with the airline, which she was not.

“They said, ‘Oh, that’s OK.’ They handed us our boarding passes and said, ‘Have a great flight,'” Wainwright said.

‘It was humiliating. It was demeaning’

But when the group tried to board their return flight in Toronto, Wainwright says the service dog was suddenly a major problem.

She says Air Canada staff told her that she could not fly with Lilo because she had not filled out the paperwork required to bring a service animal in the cabin of a plane.

She says she was given the option of putting the dog in cargo, which Wainwright says would not have worked since she relies on the animal for help.

According to Wainwright, the airline also said the dog could enter the cabin if she “proved to them” that she had a disability by presenting a National Institute for the Blind identification card. Wainwright says she doesn’t have a card, since she lives in the United States, where there is no equivalent.

“It was humiliating. It was demeaning.”

Wainwright says she was also offended by airline staff who, during the dispute at the airport, preferred to speak with her daughter, who is not blind.

In the end, Wainwright travelled to Windsor, Ont., by train, crossed the border by taxi and went to Detroit airport, where she was able to fly back to back to Minneapolis with Lilo comfortably at her feet.

“I will never fly Air Canada again,” she said.

According to Air Canada, service dogs must be registered with the airline at least 48 hours prior to a trip. It’s not clear why Wainwright wasn’t informed of this ahead of her flight or why she was able to bring her dog on the first leg of the trip without any problems.

Responding to questions from CBC Toronto an Air Canada spokesperson called the situation “regrettable” and said the airline has spoken with and apologized to Wainwright.

“Air Canada carries tens of thousands of customers with disabilities successfully each year, but in this instance we did not meet our usual customer service standards,” the statement said.

“We do carry service animals but there is a process in place to ensure they are certified in advance and it was not followed in this instance at the outset of this customer’s trip. We are reviewing internally why this customer was allowed to travel initially without the proper documentation,”  the airline added.

Larissa Proctor is a manager of guide dog advocacy with the Canadian Institute for the Blind. They say guide dogs are commonly brought on board flights and should not go in cargo as they are trained to curl up at a passenger’s feet.

While it is common practice for guide dogs to fly in the cabin, Proctor recommends that travellers find out the rules in place before travelling as they may vary depending on the airline.

“So that might mean calling an airline in advance to find out what sort of forms need to be completed. Typically they’ll want some information about your dog, like the breed and the weight of the dog,” Proctor said in an interview.

They adds that, on the other side, airline staff should treat people who are blind like any other passenger and when in doubt about someone’s disability, they shouldn’t hesitate to ask questions.

“Most times, particularly if you’re talking to somebody who’s blind or partially sighted, we want to be spoken to directly as the customer,” Proctor said.

“So treat us like you would treat any other customer.”