After Last-Minute Tweaks, Trump Impeachment Trial will have the same Format as Clinton 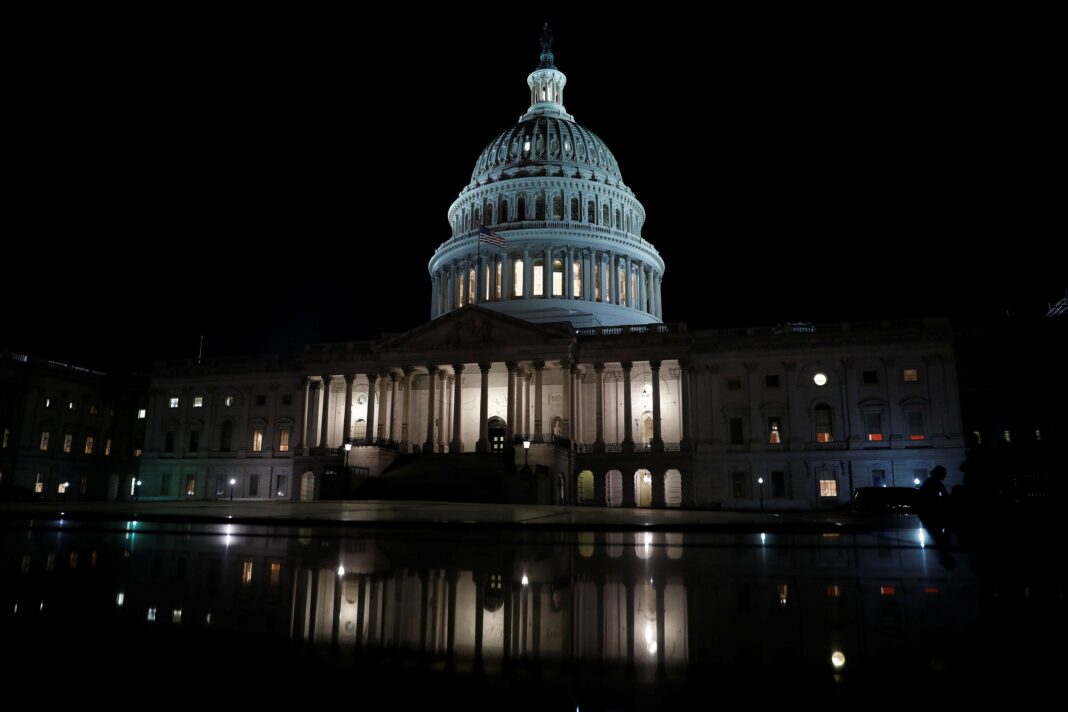 After Last-Minute Tweaks, Trump Impeachment Trial will have the same Format as Clinton, WASHINGTON (AP) — After some last-minute tweaks on Tuesday, the proposed rules for President Donald Trump’s impeachment trial now largely mirror the ones used for the trial of President Bill Clinton.

Though there are some minor differences, the basic structure of Trump’s trial will be similar to Clinton’s in 1999. The Senate will hear arguments from lawyers on both sides before debating whether to seek witness testimony and documents. Ultimately they will reach a final vote on the two charges against Trump.

Still, there could be some major differences with Clinton’s trial.

Clinton’s Republican prosecutors already had evidence that was compiled by then-Independent Counsel Kenneth Starr. House Democrats who are charging Trump with abuse of power and obstruction of Congress over his dealings in Ukraine have had to compile their own evidence and are trying to prod witnesses who refused to testify. If there are witnesses in Trump’s trial, their testimony will be new, unlike the witnesses deposed in Clinton’s trial.

FROM BIPARTISAN TO PARTISAN

The Senate adopted the rules for Clinton’s trial 100-0 after the two leaders at the time, Senate Majority Leader Trent Lott, R-Miss., and Democratic Leader Tom Daschle, D-S.D., came to an agreement. There was no such agreement in Trump’s trial and few negotiations between the two parties, as partisanship has hardened in the intervening years.

Democrats have almost uniformly opposed Senate Majority Leader Mitch McConnell’s resolution for the trial, saying there should be an agreement at the beginning to call in witnesses. They argue that is necessary because many of the people they want to testify defied House subpoenas.

But as in Clinton’s trial, McConnell’s rules push off that question, dictating that the Senate won’t consider whether to call witnesses until after the House impeachment managers and the president’s lawyers make their opening arguments.

The original version of McConnell’s rules released on Monday said that the House couldn’t submit its evidence until the question of witnesses was resolved. But after moderates like Sen. Susan Collins, R-Maine, voiced concerns, McConnell changed the resolution on Tuesday to ensure the evidence will be admitted after opening arguments. In Clinton’s proceedings, the evidence was automatically admitted at the beginning of the trial.

NUMBER OF HOURS, NUMBER OF DAYS

The other tweak made by McConnell on Tuesday covers the timing of the trial, which had been one of the Democrats’ biggest complaints. The House prosecutors and White House defense now have 24 hours over three days to present their case – up from the original resolution, which allowed 24 hours of arguments over only two days. Democrats complained that that would push the trial into “the dead of night,” and McConnell expanded the timeline after the GOP moderates voiced similar concerns.

The rules for Clinton’s trial give the two sides 24 hours each for arguments but don’t specify how many days. They each took three.

The rules for senators’ questions are identical for the two trials: “Upon the conclusion of the president’s presentation, senators may question the parties for a period of time not to exceed 16 hours.”

Per underlying Senate rules, upon which both resolutions were based, the senators have to submit those questions in writing.

After the senators’ question period, Trump’s trial will follow Clinton’s format with the debate over witnesses. In the Trump trial, the House prosecutors and White House defense will have four hours of debate over the question of whether to subpoena witnesses or documents. The Clinton resolution is similar, but it gave the two sides six hours of debate. Both sets of rules also require witnesses to be deposed before they testify publicly.

In Clinton’s trial, the Senate eventually decided to depose three witnesses and allow video excerpts to be played on the Senate floor. But the public had already heard from all three of those witnesses, as they had been interviewed by Starr’s team.

It’s unclear what will happen with witnesses in Trump’s trial. Some Republican senators — including Collins, Lisa Murkowski of Alaska and Mitt Romney of Utah — pushed McConnell to include a vote on witnesses and have signaled they will vote to hear at least some testimony.

And at least one high-profile witness, former National Security Adviser John Bolton, has said he would be open to testify in the Senate. Bolton, who was present for many of the episodes detailed by the House as Trump pressured Ukraine to investigate Democrats, refused to testify in the House.

The Clinton rules resolution provided that there would be a vote on a motion to dismiss the charges, an apparent concession by Lott to Democrats.

McConnell’s resolution does not mention a motion to dismiss but does not rule it out. Trump has tweeted that he would like such a motion, but Senate Republicans have indicated that they don’t have the votes to pass it and that they would prefer for the president to be acquitted, as he is expected to be. Still, any senator could offer a motion to dismiss the two articles.

The two resolutions end with almost identical language: “At the conclusion of the deliberations by the Senate, the Senate shall vote on each article of impeachment.”