After another massacre, one gunmaker maintains a familiar silence 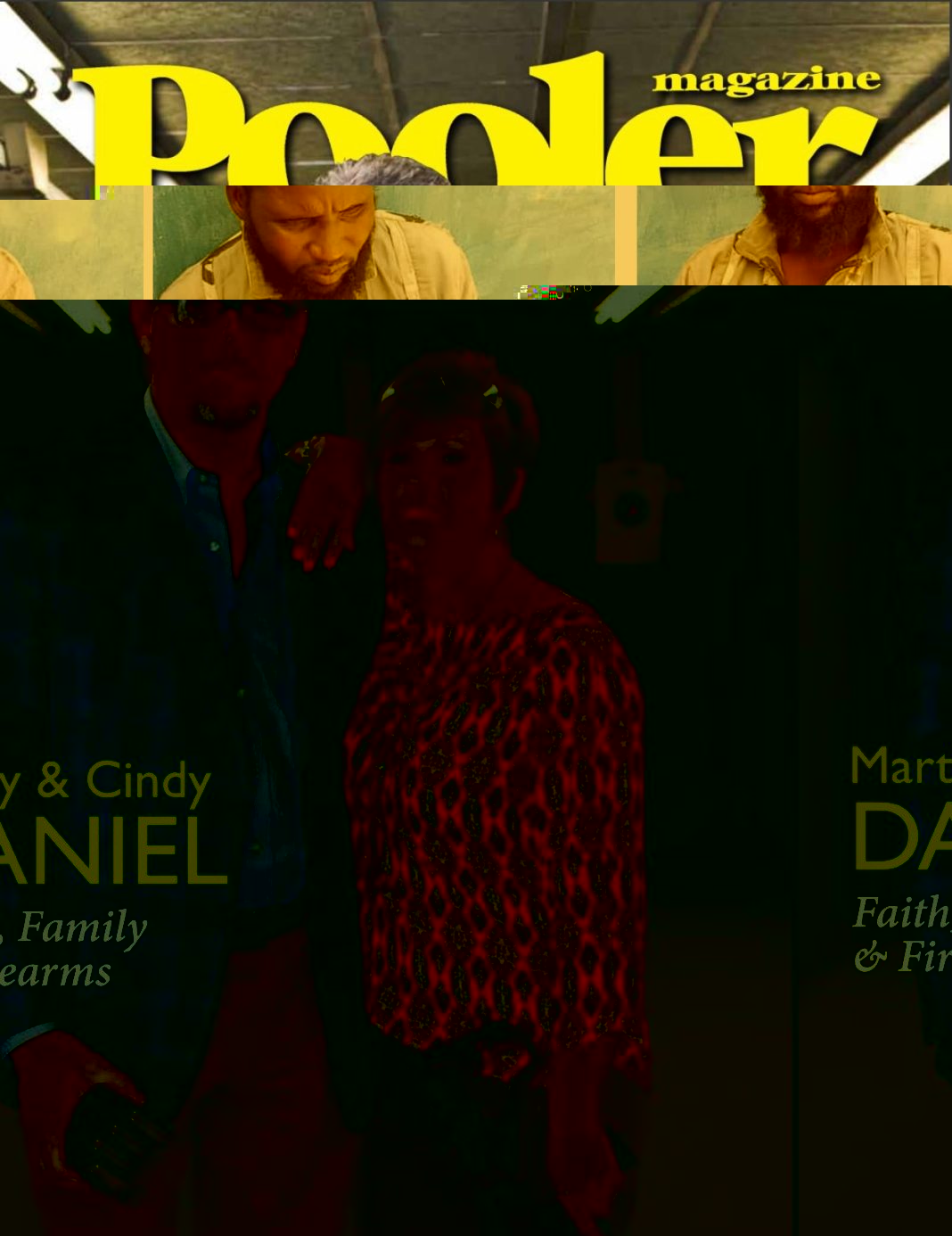 Ryan Busse, a former executive with the gunmaker Kimber, sees parallels with another industry.

“I think there are a lot of similarities with the opioid industry,” said Busse, who wrote a book about his decision to leave what he saw as a radicalized gun industry.

Opioid pharmaceutical manufacturers, once hailed for producing a breakthrough painkiller, are now widely assailed for contributing to what authorities describe as an epidemic of addiction and overdose deaths.

This divide in how Americans view guns can be seen in the actions of other gunmakers, including the nation’s largest firearms manufacturer, Smith & Wesson. The Uvalde gunman bought a Smith & Wesson M&P15, an AR-15-style rifle, in the days before his rampage, along with the Daniel Defense rifle.

Smith & Wesson has been around for 170 years and today is publicly traded, with a market cap of about $690 million. Its stock price rose more than 8 percent in the days after the Uvalde shooting.

The company plans to move by next year from its longtime headquarters in Springfield, Mass. — the heart of “Gun Valley,” named for its historic role in American firearms production — to Maryville, Tenn. Company leaders blamed new gun laws in Massachusetts and credited Tennessee’s “support for the 2nd Amendment.”

The gun industry has been shifting south for years. Brauer said academic studies have found that cheaper labor and tax benefits were often the most important factors in these relocation decisions.

But, he said, he wouldn’t discount the importance of culture. A gunmaker’s employees “might feel a little bit less shunned on Sunday morning” in the South.

In Massachusetts, Smith & Wesson faced local protests outside its headquarters after the 2018 school shooting in Parkland, Fla., that killed 17 people. The gunman used a Smith & Wesson M&P15.

In Tennessee, by contrast, Gov. Bill Lee (R) late last year appointed an ammunition industry executive to the state board of education. Jordan Mollenhour owns Lucky Gunner, an online ammo store, which has been sued for supplying bullets to the gunmen in both the 2014 Aurora, Colo., movie theater shooting — 12 dead — and a 2018 school shooting in Santa Fe, Tex., that left 10 dead.

Mollenhour said in a statement about the Uvalde shooting that there are “millions of armed and law-abiding Americans who would have defended those innocent children if given the opportunity” and that he and his company “proudly serve many of those Americans as our customers and we will continue praying for the families of Uvalde.”

In 2012, a mass shooting did cause a company’s owners to reconsider. Just days after 20 children and six adults were shot to death at Sandy Hook Elementary in Newtown, Conn., private equity firm Cerberus Capital Management said it wanted to unload what was then the nation’s largest gun company, Remington, and its holding company, Freedom Group.

Cerberus’s pension fund investors wanted nothing to do with the gunmaker. But the private equity company struggled to find a buyer. In 2018, after several failed attempts at a sale, what was by then known as Remington Outdoor Co. filed for bankruptcy.

But the Bushmaster name lives on. The trademark was snatched up by another firearms manufacturer, Crotalus Holdings of Carson City, Nev., in a bankruptcy sale.

Earlier this month a gunman used a Bushmaster AR-15-style rifle to kill 10 people at a supermarket in Buffalo.

None of this slowed gun sales. But there have been changes.

In the last decade, the nation has shifted from a land of rifles to the home of handguns. Fewer people are hunting. More people are buying firearms for protection. Sales of long guns peaked in December 2012, at the time of the Sandy Hook massacre, according to federal data.

Over the last three years, about 60 percent of the firearms sold were handguns and about 40 percent were long guns, according to Brauer.

At the same time, AR-15-style rifles have grown increasingly popular. U.S. gunmakers produced 1.5 million of them in 2017, twice the number made a decade earlier, according to a 2019 report from the National Shooting Sports Foundation, a trade group that refers to the firearms as modern sporting rifles.

AR-15-style rifles have allowed many gun companies to thrive — especially newer and smaller companies like Daniel Defense. Those AR-15-style weapons also drive the gun control debate. With its menacing appearance and military legacy, the semiautomatic rifle frequently features in mass shootings — from Sandy Hook to Parkland to Uvalde.

“There’s this intimidation factor with it, a prove-your-manhood thing, that is borne around the AR-15,” said Busse, the former gun company executive.

Few companies made this kind of rifle before the mid-2000s. There wasn’t much of a market until the nation’s assault weapons ban expired in 2004. Now, more than 500 firms make AR-15-style rifles. And they all sell basically the same gun, Busse said.

“What do you do to stand out? You market. You give it a name, you use more incendiary actions to draw attention,” Busse said.

“That’s what Daniel Defense did,” he continued. “That’s how the AR-15 drove their business.”

Daniel Defense — like many firearms companies — has leaned into warlike imagery to sell its guns. “Manufacturing freedom” was one of its slogans. “More bite!” reads a 2016 ad for a new rifle called the DD5.

An online ad for Daniel Defense that ran a week before the Uvalde shooting showed a young boy holding an AR-15-like rifle on his lap, along with the caption: “Train up a child in the way he should go, and when he is old, he will not depart from it.” That’s a reference to a Bible proverb.

Today, the company is known for making solid, pricey firearms, especially AR-15-style rifles. Some of its guns cost twice what other manufacturers charge. The DDM4 model implicated in the Uvalde attack starts at $1,870. It comes in seven colors.

The rifle is one of 19 designed by Daniel Defense “to protect your family and home,” according to the company’s website. It looks like something a soldier or SWAT team member might carry.

Daniel Defense produced more than 52,000 firearms in 2020, according to the latest data from the Bureau of Alcohol, Tobacco, Firearms and Explosives. The company sells to militaries and ordinary people. It has a financing program to help people make purchases on a monthly installment plan.

Busse said he watched with horror as the gun industry chased AR-15-style rifle sales. Companies were no longer emphasizing hunting or skeet shooting. They leaned into intimidation and fear. “Tactical” was popular. People wanted a certain image. “Couch commandos,” Busse calls them.

And the AR-15 captured that image perfectly.

Busse said he felt the pressure to push semiautomatic rifles as vice president of sales at Kimber. The firm is known for its pistols. “I fought it at every turn,” he said.

Daniel Defense did not respond to requests for comment. It did issue a statement about the Uvalde shooting, noting that the firm was “deeply saddened by the tragic events” and pledging to cooperate with authorities.

The origins of Daniel Defense are a story that Marty Daniel seems to enjoy telling. He often brings up in interviews how he struggled to graduate from Georgia Southern University’s engineering school. (Today, he sits on the school’s corporate advisory committee, alongside executives from an airline and a railroad.)

He began his career selling home windows, then moved into overhead doors and fireplaces. He played golf. He was introduced to sport shooting. He loved it. He came up with some ideas to improve the M16 rifle. He made prototypes.

In 2001, he founded Daniel Defense and quickly landed a U.S. military contract to produce a rifle part. He sold off his other businesses to focus on guns.

By 2017, his company was growing so fast that Marty Daniel was looking for a new factory.

It was a heady time. One of his rifles had just been named Gun of the Year by Friends of the NRA. He had signed a deal for Daniel Defense to be featured on the hood of a NASCAR racecar. He was still being applauded for his efforts to get a Daniel Defense TV ad played during the 2014 Super Bowl despite NFL rules that prohibit ads for guns or ammunition.

Daniel sat down with Forbes Magazine for an interview about his success as an entrepreneur, and noted how sales had boomed after the Sandy Hook shooting. He batted away a question about “common-sense” gun control measures such as age limits for purchases and bans on large ammunition magazines.

“Terms like ‘common sense’ come from people whose only goal is to take our guns away,” he said.

At the same time, his business was suffering. The entire industry was mired in the “Trump Slump.” Companies were saddled with huge inventories built up in anticipation of a Democratic president who was expected to seek new gun-control measures. Daniel Defense fired about one-third of its 300 workers that year, according to an industry report.

Still, it opened a new, 300,000-square-foot factory the next year. Then-Gov. Nathan Deal (R) attended the grand opening. The Georgia Manufacturing Alliance showed up for a tour of the state-of-the-art facility.

Also read: People In Counties That Backed Trump Were Twice As Likely To Die From COVID: Study

Business boomed. And Marty and his wife, Cindy Daniel, shared their wealth.

The couple has donated more than $510,000 to federal political campaigns in the last two years — all of it to Republicans, according to Federal Election Commission data. The Daniels also run Assets for Christ, a foundation intended to help churches renovate or build new facilities.

These days, Cindy Daniel travels across Georgia handing out checks for tens of thousands of dollars to support sport shooting teams at schools.

One week before the Uvalde shooting, Cindy Daniel dropped off a check for $28,148.39 to support the sports shooting team at Benedictine Military School, a Catholic military high school in Savannah, not far from the Daniel Defense factory. She posed for a picture with students and staff.

While some past donations were from the NRA Foundation, this money came from the Double D Foundation — a nonprofit created by Cindy Daniel in 2020. The group seeks to boost the number of people involved in shooting sports.

Cindy Daniel, who also serves as an executive at Daniel Defense, says on her foundation’s website that she thinks “anti-gunners” are misinformed. Most have never seen a gun, she argues, or understand why someone would want one.

“Most know very little about the history of the Second Amendment and wonder why it’s still part of our Constitution,” she wrote.

Busse, who left the gun industry, recalled how gun company executives would react to a mass shooting.

“The first thing you do is hope your gun wasn’t used,” he said. “And if your gun was used, you would try to rationalize it. We did everything legal, right? What else could we have done?”