Actress, Eniola Badmus Shades Omotola As She Steps Out In Beautiful Outfit For A Wedding 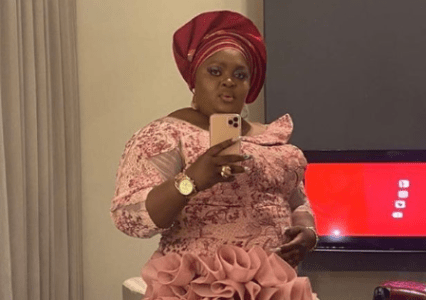 Actress, Eniola Badmus Shades Omotola As She Steps Out In Beautiful Outfit For A Wedding

Nigerian actress, Eniola Badmus is yet to get over how her colleague actress, Omotola Ekeinde made her ‘feel low’ after a recent interview.

“Oh Eniola Badmus, that’s an actress isn’t she?” Omotola Ekeinde had goofed when asked to throw a shout out to actress, Eniola Badmus at the event.

While Omotola Ekeinde seems to be unbothered and has refused to apologize, Eniola Badmus is still throwing shades on social media.

Sharing a photo from a wedding she attended over the weekend, the actress who ensured she made an impression in her Asoebi, wrote

“How you appear in the midst of people that claims they don’t know you. Wedding guest #theaaunion19“ 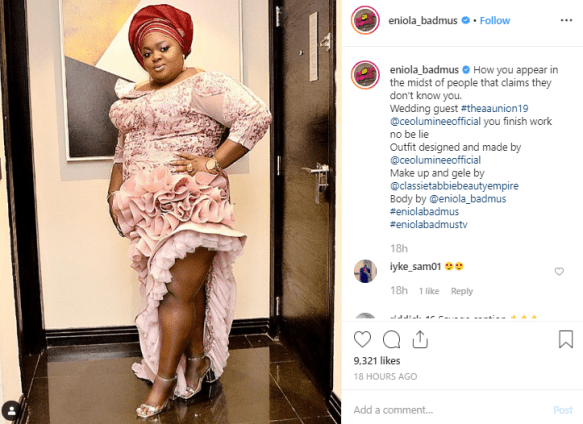