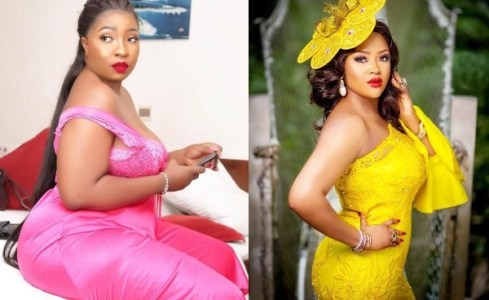 Popular Nollywood Actress, Anita Joseph has called out her former best friend, Actress, Uche Elendu on Instagram, for not wanting her to prosper in her modeling business.

According to Anita, Uche Elendu, who is also a hair vendor got angry with her after she modeled another person’s hair. Uche felt that, since Anita always models her hair, then she shouldn’t model for someone else, because it would make her seem fake.

Anita however, expressed the fact that she was only doing her best friend a favor by modeling her hair, as Uche doesn’t even pay her at all for it.

“You don’t pay me to model your hair, yet you don’t want me to model for someone else, are you a witch?” Anita said.

Stressing further, Anita Joseph called Uche Elendu a beautiful devil, saying that she has a beautiful face but very ugly inside.

So I did a hair Advert and my so called best friend said I betrayed her how ?am I your Ambassador ?‍♀️I still buy your hair and pay you and still advertise it for you even more than you do …am ??????loyal but not stupid ?‍♀️