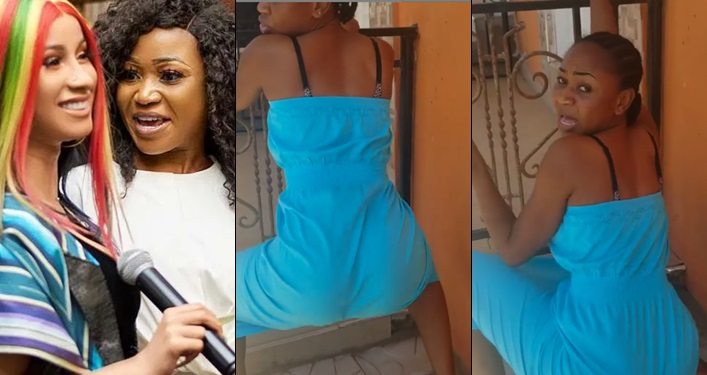 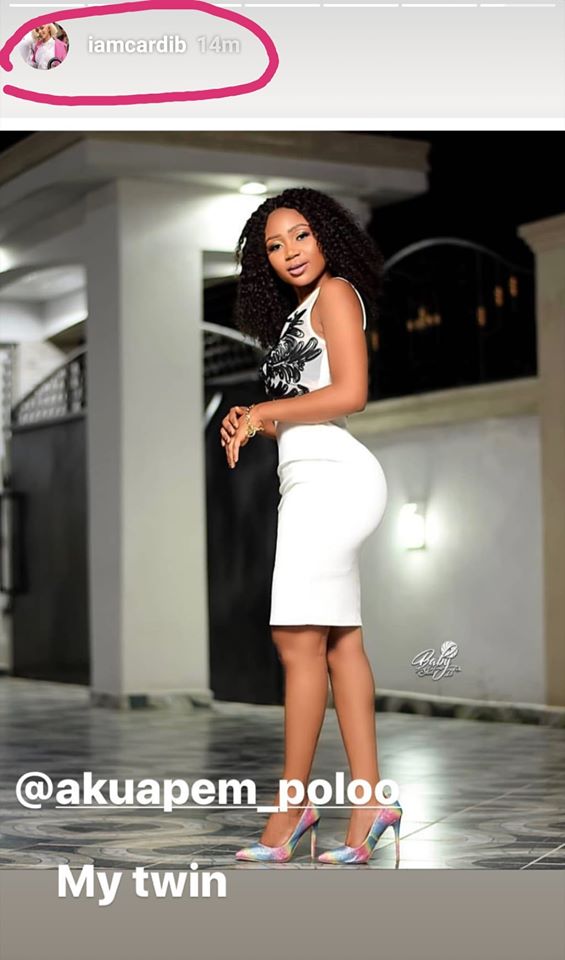 Hours after Cardi B followed  and called Ghanaian actress, Akuapem Poloo ‘My twin’, the actress took to her Instagram account to post a new twerking video, to  slam her haters and brand who looked down on her for not being good enough for their brand image

Even if Cardi B never enjoyed her stay in Ghana, she had fun twerking with  Akuapem Poloo. Recall that the actress was heavily criticized on Twitter for twerking with Cardi to the extend that her wigs came off. Ghanaians were embarrassed by Poloo’s behaviour, they took to Twitter to call her out. And she was allegedly dropped by a brand who felt she was not appropriate for their brand image.

However after the rapper left the country for America, she followed Poloo on IG and made a post where she referred to her as her twin

Edey pain you.. who is the hot cake now ?? THE STONE THAT WAS REJECTED HAS BECOME THE CHIEF Corner STONE