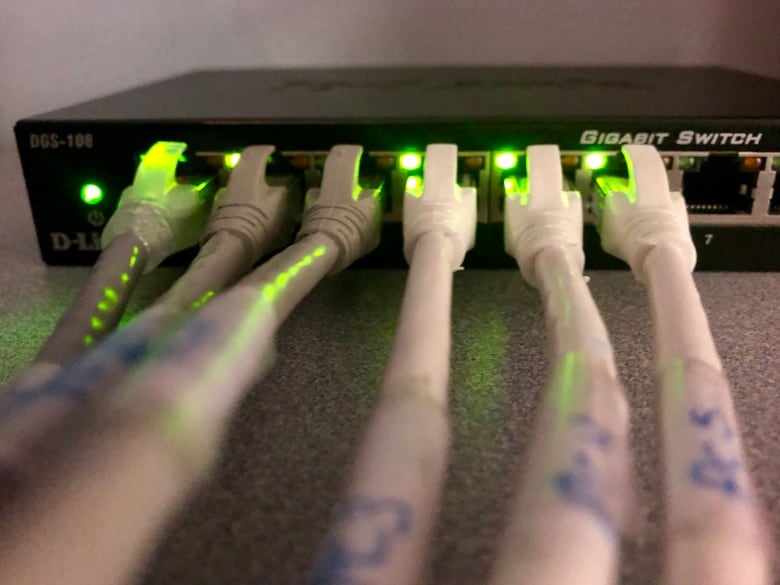 When the virus arrived in March 2020, it wreaked havoc on the justice system, closing courthouses, upending trials and creating a backlog of unresolved cases.

However, the pandemic also forced Ontario’s paper-based justice system into the 21st century overnight, by introducing virtual hearings and an online portal, where lawyers and clients can get information, schedule appearances and file documents.

Starting April 4, the Ontario Court of Justice said it would resume most in-person proceedings for family law, but whether you see the judge at the courthouse or on a screen, will still depend largely on the vast and complex inner workings of the family court system.

“In London, I don’t believe we will be attending in person for quite some time,” said Stephanie Ouellette, a family lawyer from London who works child protection cases through Ontario Legal Aid.

She said that in London, there were 65 family matters on the trial list in March, but fewer than five were actually heard, pushing at least 60 cases into April, on top of the matters already scheduled for the month.

While virtual hearings might be more efficient in some ways, access to justice issues in “the new normal” are directly tied with income and the digital divide, Ouellette said.

“Some of my clients, who are involved in child protection matters, don’t even have a cellphone, let alone the data to use it.”

“We have had people miss court appearances simply because they don’t have the devices to log into their own court proceedings.

“The local courts are trying to address that issue and accommodate as best we can, but it is a larger issue with justice issues and access to stable internet.”

Access to justice, much like the digital divide itself, often affects people on the margins of society, and the pandemic seems to have only made it more pronounced, according to Christina Ninham, a family lawyer from Oneida of the Thames who represents a number of Indigenous clients.

“We don’t have high-speed internet like they do in town,” said Christina Ninham, a family lawyer from Oneida Nation of the Thames, who represents a number of Indigenous clients.

“Realistically not everyone has internet on reserve. When we have internet, we’re trying to not drop our calls to the court, which I’ve done on a number of occasions.

Others, however, may not have a phone or a computer of their own. Being dependent on a public computer terminal at a library or community centre can cause complications, especially when dealing with sensitive legal or personal matters.

“For a reserve, they’re not going to prioritize high-speed internet or broadband, especially when they won’t even prioritize the human right of drinking water.”

Ninham said despite all the challenges, if courts ever went back to the way they operated before the pandemic, using exclusively in-person appearances, it would make things worse for Indigenous people rather than better.

She said Indigenous people, who are by far the most overrepresented people in Canada’s justice system, can now, through virtual technology, hire an Indigenous lawyer like her even if their local bar association doesn’t have one.

“I’m thinking that in the northern areas they’re going to keep virtual because of those reasons,” she said.

There are other obstacles when it comes to access to virtual justice, with seniors less likely to adapt to new technologies than their younger counterparts, and domestic violence is easier to hide, according to Russell Alexander, a Toronto divorce lawyer whose firm has seven offices in the Greater Toronto Area.

“It’s harder to screen [for domestic violence] when you’re at home. Someone might be being intimidated or bullied, and when you’re going to the courthouse, the judge can oversee the proceeding and keep an eye on things,” said Alexander.

“People are falling through the cracks.”

Still, Alexander argues that virtual court has improved access for many of his clients, who are seeking to end marriages or negotiate support payments from former spouses.

The ministry is consulting with our health and safety advisers in the Chief Medical Officer of Health’s Office and the Ministry of Labour, Training, and Skills Development, to determine the appropriate preventative measures for courthouses moving forward.– Brian Gray, Ontario Ministry of the Attorney General

The most positive thing he’s seen in terms of virtual hearings is the fact it has lowered his billable hours.

What Alexander refers to as the “Zoom divorce” is far more efficient for lawyers and clients than appearing in court in person. He said an online appearance can whittle a five- or six-hour day down to just one, which can save clients thousands of dollars in lawyers’ fees and allow them the flexibility to take on more clients.

In terms of the future of a post-pandemic court system, the Ontario Ministry of the Attorney General, which is responsible for provincial justice, told CBC News it’s still consulting with health experts and weighing the best options for the court system moving forward.

“The ministry is consulting with our health and safety advisers in the Chief Medical Officer of Health’s Office and the Ministry of Labour, Training, and Skills Development, to determine the appropriate preventative measures for courthouses moving forward,” an email from spokesperson Brian Gray said.

Whether someone appears in person or on screen will continue to depend on where they live, their circumstances and what’s best for ensuring justice, Gray said, noting each court can determine its own particular protocols.