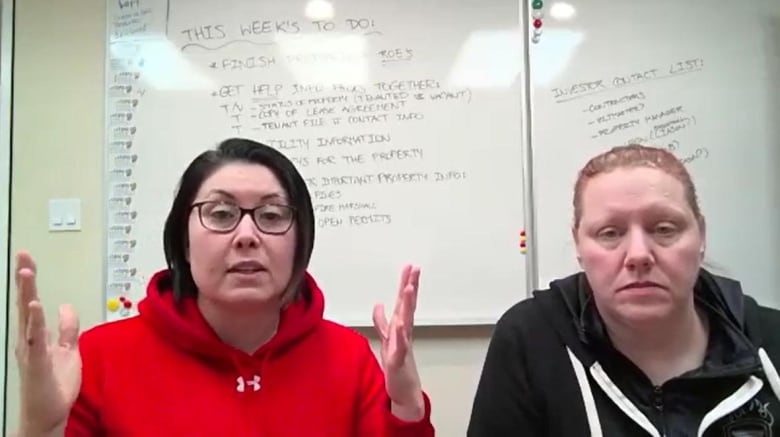 Carolina Abramovich says the investment appealed to both her pocketbook and her conscience.

The Vancouver biomedical scientist is one of 120 investors who gave unsecured loans of between $50,000 and $500,000 to the Epic Alliance group of companies in Saskatoon.

“I heard about Epic Alliance with real estate investment groups, they were really everywhere,” she said in an interview.

“Excellent reviews from anybody that invested with them, small or big. Real estate investment groups, podcasts, webinars — they were everywhere.”

While it seemed to make financial sense, Abramovich said that she also fell hard for the company’s origin story.

“The story behind the company was great. Try to help investors with their investments while providing, you know, affordable housing in Saskatoon. I liked the fact that they were women and that they were promoting trades for women.”

The Epic Alliance group of companies shut down its operations at the end of January. Its investors and property partners learned of the collapse in a 16-minute Zoom call from the company’s founders, Rochelle Laflamme and Alisa Thompson.

The news of Epic’s collapse went off like a bombshell in real estate and business circles across the country.

Investors wanted to know what happened to their money, homeowners across Canada wanted to know who would manage their Saskatoon rental properties and real estate professionals worried about what would happen to the hundreds of core neighbourhood homes.

According to Laflamme and Thompson, Epic Alliance controlled 504 properties in Saskatoon and North Battleford — valued at a combined $126 million — when it fell apart.

The pair spoke to investors in an “E.P.I.C. Hour” video posted in early January, only weeks before the company shut down. The majority of the properties — a combined $115 million worth — are in Saskatoon, Laflamme said on the video.

Through its network of companies, Epic acted as landlord and property manager for more than 400 rental properties in Saskatoon’s core neighbourhoods, including Pleasant Hill, Riversdale and Meadowgreen.

It managed these homes for out-of-province investors through its “Hassle Free Landlord Program.” These investors, primarily in British Columbia and Ontario, are now suddenly long-distance landlords responsible for the properties.

Two former Epic employees say that as many as half of these homes are vacant, with many boarded and in dire shape. The fear in the local real estate community is what might happen should dozens, if not hundreds, of these homes hit the market at the same time.

“We’re not seeing evidence of a crisis in the market, and I think it’s too early for that,” chief executive officer Chris Guerette said in an interview.

“I would certainly think that it’s a crisis for those who have invested, because of the quantity involved.”

Earlier this month, in a separate development, Court of Queen’s Bench Justice Alison Rothery assigned accounting firm Ernst and Young to investigate what happened to the estimated $10 million to $20 million the 120 investors placed with Epic Alliance.

The company was not licensed to sell investments or offer financial advice, according to the Financial Consumer Affairs Authority of Saskatchewan (FCAA), which issued a temporary cease trade order on Oct. 21, 2021.

In November, the FCAA held a hearing to consider extending the temporary order. At that time, declarations and support letters for Epic Alliance “indicated that the temporary cease trade order was negatively impacting Epic Alliance’s business.”

Saskatoon lawyer Mike Russell represented the 120 investors when they applied to have the special investigator appointed. They want to find out what happened to their money.

When asked by CBC to describe what happened with the company and its various programs, he replied with two words.

The Ernst and Young investigators are due to present their findings to the court in late April. Until then, a partial picture of what happened emerges through court documents, interviews with former employees and the words of Epic owners Rochelle Laflamme and Alisa Thompson.

CBC reached out to Laflamme and Thompson through their lawyer to speak to the allegations. They did not respond.  However, they did leave behind hours of video sessions posted online in “E.P.I.C. Hour” episodes promoting their businesses.

The pair created Epic Alliance in 2013. It soon evolved into a web of named and numbered companies, including Epic Alliance Real Estate, Epic Alliance Electrical, Epic Accounting and Bookkeeping, and Epic Holdings. It had 118 employees.

They created and ran three main ventures: a loan program based on promissory notes, a “Fund-A-Flip” program and a “Hassle Free Landlord Program.” 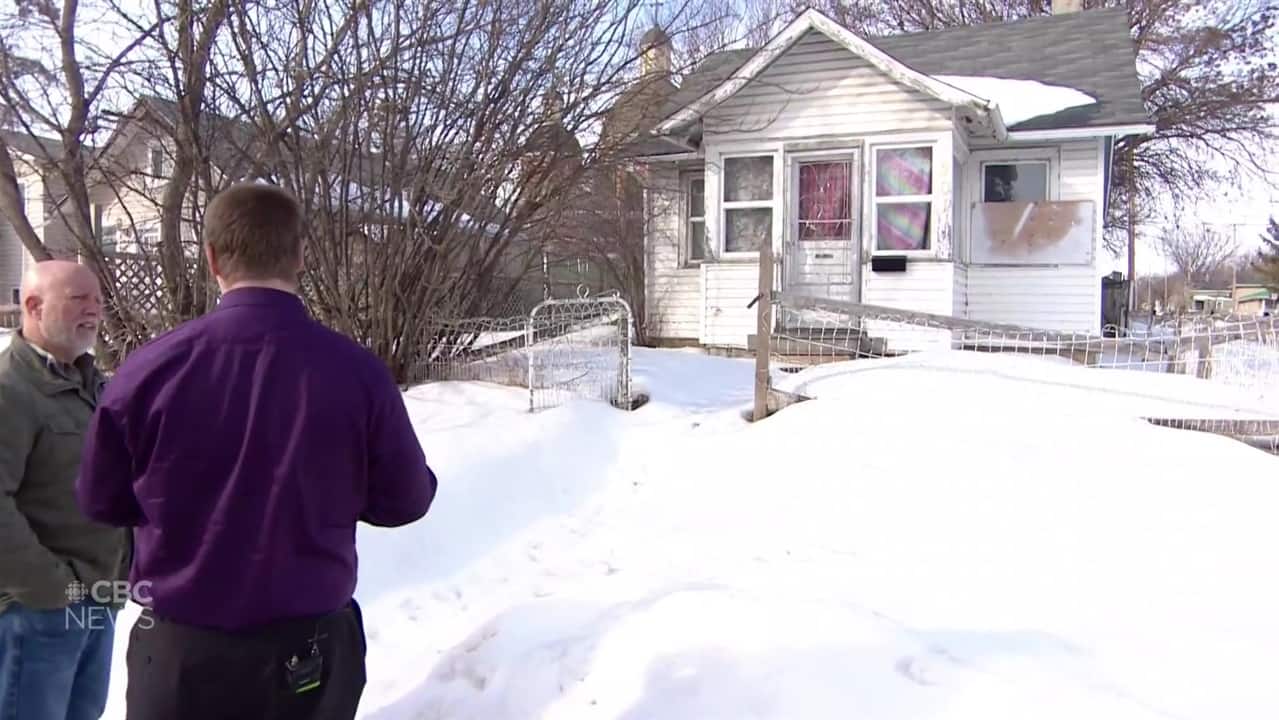 A judge has assigned a special investigator to look into the collapse of a Saskatoon real estate group in January. Epic Alliance managed more than 400 properties in Saskatoon, most in core neighbourhoods. It also had a pool of more than $10 million from investors. 2:36

Russell, the lawyer representing investors, detailed in a law brief supporting the application how it appeared the three Epic offerings overlapped and worked together. His analysis of these relationships is supported by online promotional material from Epic Alliance.

The company built up its $10 million pool of capital over eight years by enticing people to give Epic between $50,000 and $500,000 in exchange for a promissory note.

The single-page notes, of which multiple examples were provided in affidavits, were models of simplicity. They featured the loan amount, when the term began and ended, and the interest rate.

“You have a pool of unsecured funds that can be used for whatever. There’s no specific purpose given for those funds when they’re loaned,” Russell said.

The “Fund-A-Flip” program had investors buying homes through Epic, doing improvements and upgrades, and then selling for a profit. The company’s promotional material suggested a 10 per cent return on a one-year investment.

Finally, Russell said the “Hassle Free Landlord Program” had investors — most out of province — buying homes acquired by Epic through the Fund-a-Flip program. The investor took out the mortgage on the home and Epic took responsibility for everything from finding tenants to maintaining the property.

It offered the investor a 15 per cent guaranteed rate of return.

The promissory note program is what attracted the attention of the government regulator, leading to the October 2021 cease trade order.

The order stated that Epic had given information and advice on how to invest in securities, including real estate investments and promissory notes, without ever having registered as dealers or advisors.

Russell said he first became curious about Epic when the FCAA issued its October order.

“I couldn’t figure out how the products they were offering made sense together,” he said.

In her March 14 fiat assigning the inspector, Justice Rothery detailed how the company had contravened the FCAA order.

“Although the respondents had executed an undertaking to the FCAA on Sept. 22, 2021, agreeing to not conduct any further trading in securities, they continued to engage in business trading and advising in securities in Saskatchewan without registration,” she wrote.

Rothery added that, after the Jan. 19 video call dissolving the company, “As recently as February 23, 2022, the respondents have been selling assets online from their warehouse located at the corporate offices for [Epic Alliance] for cash only.”

Adam Elliott began working at Epic Alliance Properties in August 2020 after being a property manager in Saskatoon since 2011. He filed an affidavit in support of Russell’s court application to appoint an investigator.

Elliott says he spotted red flags on his second day at Epic.

“Generally speaking, residential property management works off fairly high occupancy rates. You need to have 70 to 80 per cent occupancy to make your business make sense,” he said.

“They were running close to 50 per cent or lower, which is unsustainable if you actually want to make money.”

Further, the company used rent projections that Ellliott considered out of step with the realities of the homes and their locations.

Elliott said his epiphany on how the company thrived for eight years came when he spoke with his fellow workers.

“I was, like, ‘Oh, we’re an investment company.’ I realized that most of the business, like the way the company was keeping afloat, was through investors.”

The company was able to pay investors a high rate of return, even with low occupancy rates and unrealistic rent projections, by continually bringing in new investors and fresh money, he said.

Linda Ranks began as a receptionist at Epic and then moved into the administration and property management side.

Like Elliott, she filed an affidavit and also struggled to see how the company could make good on its financial promises.

“I couldn’t figure out where they would be getting that much money, especially if 60 per cent of the properties were vacant and not even able to be rented because there was so much work being needed to be done.”

“There was always more investors and more properties, and that’s how they continued to get money,” she said. She re-iterated this allegation in her affidavit.

Rochelle Laflamme and Alisa Thompson organized a video call with investors on Jan. 19, 2022.

Sitting in front of a whiteboard, the pair began with a blunt message.

“We just couldn’t come back from the cease trade order. The FCAA f**ked us, so that’s it.”

Laflamme did most of the talking, telling investors how “we are trying to hand over 700 properties” and put together “investor packets” to explain how the new landlords can move ahead.

She had a grim update for financial investors.

“Everything is gone, so shareholder stuff — it’s gone,” Laflamme said.

Justin Howard is a rental property manager with Elite Property Management Ltd. in Saskatoon. He said his office started getting calls from new out-of-province landlords within days of the January video call.

“I’ve got 40 people in the queue that want to sign up with us, we’re having a hard time keeping up with all the properties that are being brought on. There’s never really been a situation like this in Saskatoon,” he said.

“It’s very rare in the property management sector to have so many properties just suddenly appear.”

The investors he spoke with who are now landlords are still in shock, he said.

“All of a sudden, as you can imagine, your task list just increased significantly from what you intended to do that day, that week or that month,” he said.

“Because now there are a number of things, from utilities to appliances to frozen pipes.”

Russell said he remains troubled by how investors learned what happened.

“The principals blamed the FCAA and essentially said, ‘we’re bankrupt.’ And of course, people use bankrupt to mean we’re insolvent, but they’re not actually bankrupt like they’ve filed something,” he said.

“They did give back the keys to some of these properties … it’s not like they disappeared. They stuck around, they handed out keys and so forth, which was a good thing to do. But typically you’d seek advice and you’d make statements as needed. There’s a process.”

Carolina Abramovich said she’d like to get her money back, but she’s not optimistic.

She wants Laflamme and Thompson held accountable for the missing millions.