‘Abortion is healthcare’ billboard goes up in Sask. to counter anti-abortion messages 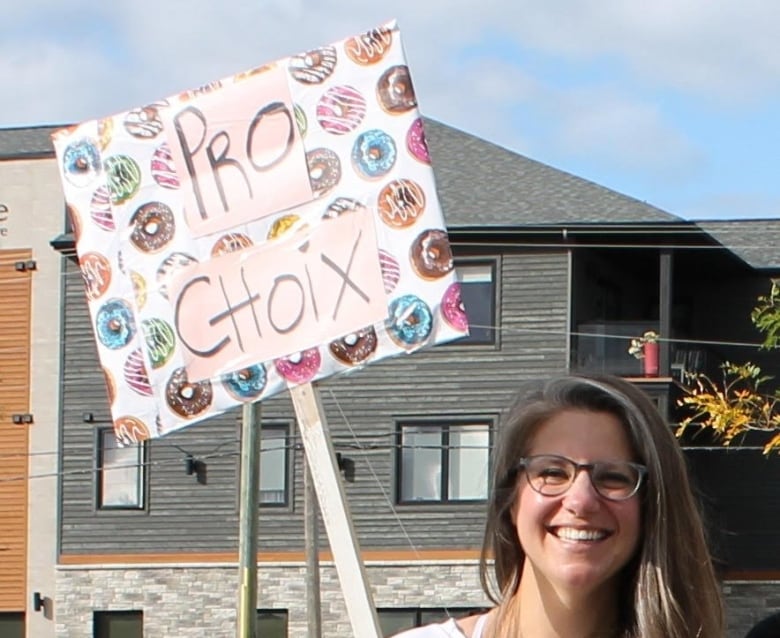 But now, if you’re in Aylesbury, Sask., about 100 kilometres northwest of Regina, you’ll also see an “abortion is healthcare” sign.

“We are trying to decrease the stigma and also increase availability and accessibility to those people who need access to abortions,” said Rachel Regio, vice-president of Abortion is Healthcare Signs Inc., which paid for the billboard.

The non-profit organization was established after the U.S. Supreme Court overturned Roe v. Wade, the landmark case that secured constitutional protections for abortion in the U.S. for nearly 50 years.

The U.S. decision does not affect access to abortion services in Saskatchewan, but it has sparked conversations about barriers in the province.

For example, people who live in northern Saskatchewan or rural areas may have to travel several hours for a surgical abortion, as that procedure is only available in Saskatoon and Regina.

Timelines for an abortion also vary in the province. A person can get a surgical abortion while up to 18 weeks and six days pregnant in Regina, but only up to 12 weeks pregnant in Saskatoon.

Meanwhile, provinces such as Alberta, B.C. and Ontario, have longer time frames. In B.C., a surgical abortion can be obtained up to 24 weeks.

It has also been raised that not all Saskatchewan doctors will prescribe the abortion pill known as Mifegymiso in Canada, and not all pharmacies will stock or fill a prescription for it.

Regio said her organization believes “an abortion is a health-care procedure that should be accessible to anyone who needs it.”

Tasia Alexopoulos, spokesperson for the Abortion Rights Coalition of Canada (ARCC), said the organization is excited that Saskatchewan has a pro-abortion-rights billboard.

“We would love to see it take place across Canada,” she said in an interview.

“Having the ability to counter [anti-abortion messages] with more positive and fact-based messages is really important, especially in places that are a bit more remote or rural.”

Alexopoulos said that since the overturning of Roe v. Wade, more people have been donating to ARCC, following the organization on social media and becoming more aware of anti-abortion messaging.

Regio said her group plans to pay for billboards in Yorkton and Weyburn in the near future.

She said she expects there will be reaction from people on both sides of the abortion debate.

“Everyone has a right to give their opinion,” she said. “With our organization, we are trying to put an emphasis that it is a health-care procedure.”