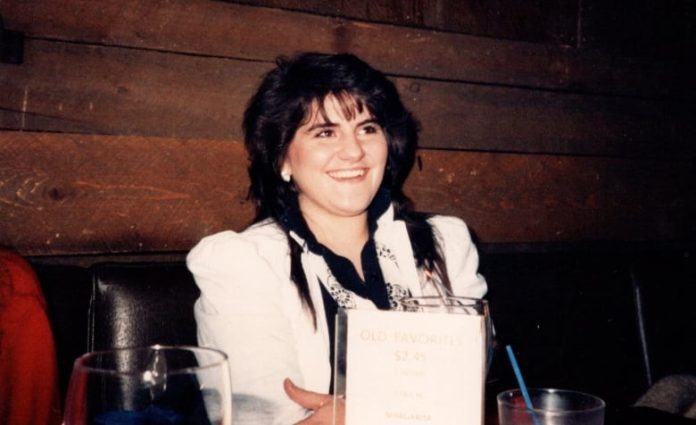 This First Person column is written by Roxanne Beaubien, a writer, student and corporate communicator based in London, Ont. For more information about CBC’s First Person stories, please see the FAQ.

“I was at the football game and the ball hit me in the head.”

I’m lying in an ICU bed at the University of Alberta Hospital, my head wrapped in bandages, tubes running into each arm. My friends laugh. Clearly, they know more than I do. Three days had passed since I’d walked into the kitchen to tell my roommate about a strange pop in the back of my head before I passed out on the floor.

June 2022 marks the 35th anniversary of my awakening in that ICU bed in Edmonton.

It has been 35 years of headaches, weird sensations on the right side of my body and lost words.

Thirty-five years since a soft pop in my head changed the course of my life.

As a 20-year-old, I’d barely graduated from high school and had no direction or ambition. I was content to work in a hotel and living to party. After my ruptured brain aneurysm, I became a woman determined to prove that my brain still worked and that I had lots to offer. Instead of being content to live life wasted, I wanted a life that was worth living.

The day of aneurysm — before the three-day void — it was a glorious early June day in 1987. An Alberta big sky day, cloudless, bright and oh, so blue. An eight-hour shift behind the front desk at the Convention Inn, then out to party with friends. Just another typical day.

Typical except for the pounding in my head as I drove home to Sherwood Park, and the strange need to paint my toenails before hitting the highway back into Edmonton for a night of drinking.

“I am going to be late,” I told my friend Patty, explaining my need for nail polish through the receiver of the phone tethered to the kitchen wall. “I have no idea why but I just have to.”

The light pink polish closely matched the colour of the bathroom sink beside which my foot was propped as I started painting. In hindsight, it wasn’t a spectacular moment —  there was no stabbing pain, no shooting stars in my vision, nothing but a soft pop in the back of my head.

“Sit down. I’ll get your shoes.” My roommate, Joanne, was calm when I walked into the kitchen and told her what had happened. “We are going to the hospital.”

Blackness until three days later when I found myself talking about a football game that never happened.

I learned that soft little pop was the bursting of a blood vessel on the circle of Willis — a junction of arteries in the middle of the brain that provides blood flow to the front and the back parts of the brain. During those three days of darkness, I underwent emergency surgery for a ruptured berry aneurysm — a form of an intracranial aneurysm that causes blood to move into the brain.

An aneurysm happens when part of an artery wall weakens, causing it to widen or balloon out. While most are small and can exist without causing symptoms, the Brain Aneurysm Foundation lists symptoms for which medical help should be sought immediately. If a brain aneurysm ruptures, it will prove fatal in about 50 per cent of cases and cause permanent brain damage in about 66 per cent of the survivors

For 17 days, I was in the ICU, surrounded by machines dotted with lights like those stringed on a Christmas tree. They beeped incessantly and screeched periodically, such as when I suffered spasms that left me unable to move half my body and speaking in a bizarre jumble of words. I could only watch as nurses and doctors poked, prodded and administered medication. I could only watch in the utter terror that this moment would be my last.

Just like I struggled to learn the name of my doctor — “Just say ES-pin-NOSE-a,” the nurse explained — I  struggled to understand what had happened.

Aneurysm is a word I had never heard before and still struggle to spell. I was told that some people like me will die, some will have permanent neurological impairment or disability, and some simply walk away. I fell between the latter two. I walked away on my own two feet but was never the same again.

For months, sentences were muddled, words out of order or lost to me when I needed them. Even now when I am stressed or exhausted, the struggle with words emerges again — ironic, given that today my career involves stringing words together in proper sentences.

But I am one of the lucky ones. I had the chance to build a life that didn’t centre around my next night out partying.

My father and stepmother welcomed me back into their home and took care of me. I will be forever grateful for their love and support during a time filled with pain, confusion and frustration.

Six months later, I started night classes in the business program at the Northern Alberta Institute of Technology, where I got involved in student government and developed an interest in the media. Following that, I got an honours degree in communications from the University of Calgary and then a master’s in journalism from Western University, which ultimately landed me a job with the London Free Press where I was a reporter for five years. I later moved into corporate communications, mainly in the policing and charity sectors.

In June, as I started a master’s program in creative nonfiction writing, I couldn’t help but reflect on the impact of that soft pop.

Thirty-five years ago, I was a mess with no direction or future. Today I am grateful for what turned out to be the kick in the butt I needed to build a life.