‘A mighty force has left us’: CBC journalist and disabilities advocate Ing Wong-Ward dead at 46 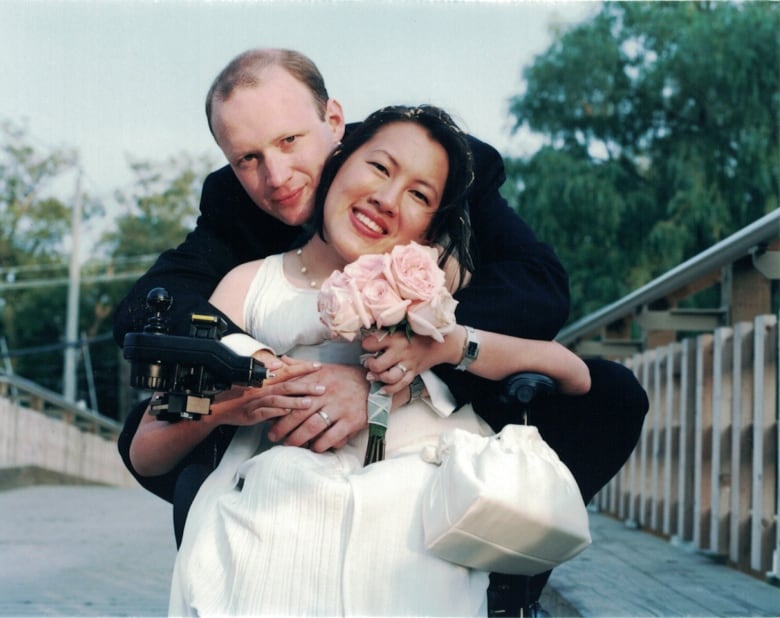 Ing Wong-Ward died Saturday from complications of colon cancer. She spent 23 years as a CBC journalist and was a tireless advocate for Canadians with disabilities. (Amanda Grant/CBC)

These are just a few of the ways that friends and former colleagues describe long-time CBC News journalist and advocate for the disabled Ing Wong-Ward, who died in the early morning hours on Saturday. She was 46.

Hello everyone, this is Ing’s husband Tim.<br>Ing died peacefully early this morning with me by her side. Zhenmei was able to give her a final kiss before she went to bed. /1 <a href=”https://t.co/kJwfD4Eopr”>pic.twitter.com/kJwfD4Eopr</a>

“She was an exceptional person; a wonderful wife, mother, colleague and friend to so many, as well as a powerful force in the disabled community,” Tim wrote.

“She was the strongest person I have ever known, right to the very end.”

Wong-Ward died of complications from colon cancer. She is survived by her husband and her young daughter Zhenmei.

A graduate of the Ryerson School of Journalism, Wong-Ward joined CBC in 1993 and made significant contributions to programs on both radio and television. 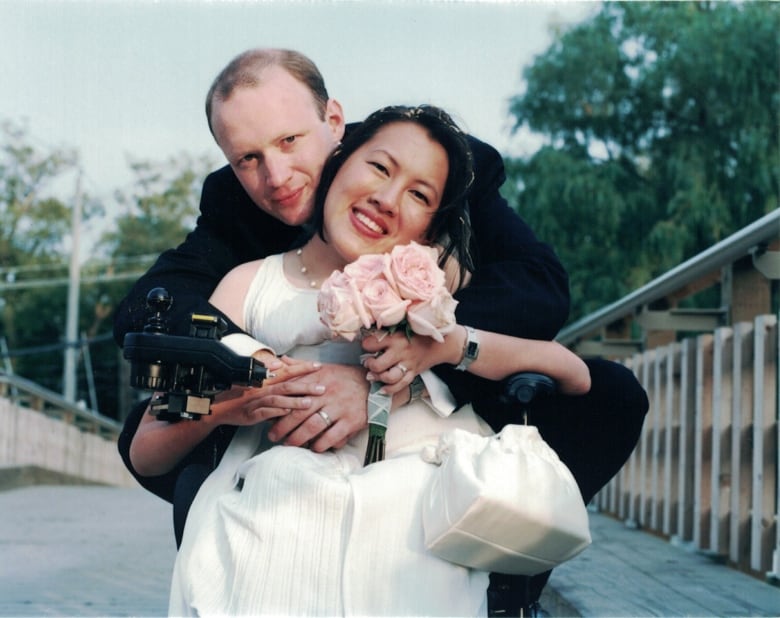 Tim and Ing Wong-Ward at their wedding on the Toronto Islands. (Submitted by the Wong-Ward family)

In her 23-year career at the public broadcaster, Wong-Ward worked behind the scenes and as a host on The Disability Network; as a researcher and producer for Newsworld; and produced stories for the flagship nightly news program The National.

She also spent 15 years with CBC Radio, much of it in the CBC Toronto newsroom, where she was a producer with Metro Morning, Here & Now and Fresh Air.

An article about Ing Wong-Ward painted her as ‘sad and pathetic.’ It made her want to change how people view disability. 1:32

Current Metro Morning host Matt Galloway said in a Twitter post on Saturday that he was “gutted” by Wong-Ward’s death.

“Ing was one of the best people. Whip smart. Unapologetically fierce. Loved great shoes and food and gossip. And changed how we think of ability,” Galloway wrote.

Wong-Ward mentored many young journalists during her time with CBC, and was also active in the Canadian Media Guild.

“Ing had a sharp intellect and a strong voice. She used both so well — whether pursuing a story she cared about or speaking up to right a wrong,” said Joan Melanson, who was Wong-Ward’s executive producer when she worked at CBC Toronto.

“She did not suffer fools. She had a magnificent sense of humour and an awesome sense of style,” Melanson said.

“A mighty force has left us.”

Wong-Ward was born with the neurodegenerative disorder spinal muscular atrophy and relied on a motorized wheelchair to get around throughout her life. She was an outspoken advocate for Canadians living with disabilities and actively worked to change what she called “loaded” conversations about the disabled.

In 2004, she was recognized with the City of Toronto Human Rights Access Award for her advocacy.

Despite her condition, Wong-Ward was open about her dislike of being called “inspirational” or “brave.”

“The reality is every single one of us is a mortal human being with human bodies and will have to face something,” she said in a 2018 interview with Metro Morning from her home in downtown Toronto.

“And so I think when we use labels like brave or inspirational or strong we’re trying to separate ourselves from what is a fulsome conversation around what it actually means to be human.” 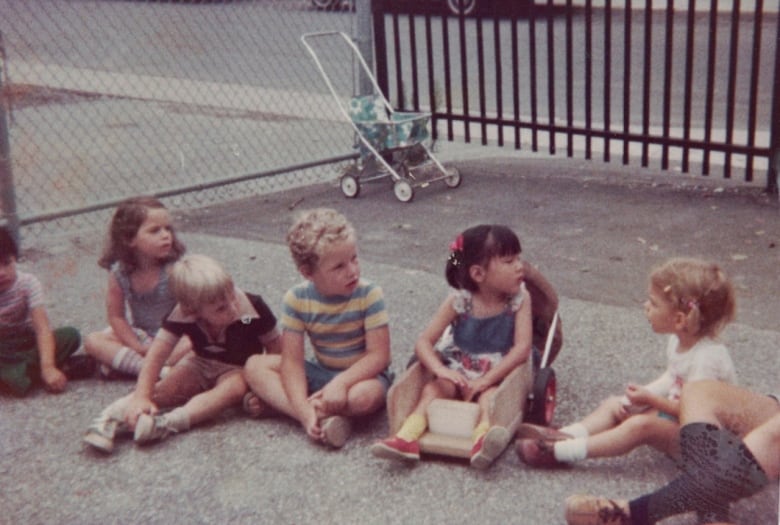 Ing Wong-Ward, shown here at three years old, was never defined by her disability. (Submitted by the Wong-Ward family)

Wong-Ward left the public broadcaster in early 2016, taking on the role of associate director at The Centre for Independent Living in Toronto.

In 2017, she was diagnosed with an inoperable form of colon cancer. Presented with the option of a medically assisted death, Wong-Ward decided instead to enter palliative care and often spoke eloquently about her desire to make her remaining time as meaningful as possible.

“I have always believed about being open, about talking about subjects that are ultimately uncomfortable and dying is something that’s going to happen to all of us,” she told Metro Morning.

“If I am struggling with this, why shouldn’t we have a larger conversation about it, just for people to be informed? I was a journalist for a long time. I was in the business of informing people and I feel it is so important to inform and share.”

In his Facebook post, her husband, Tim, said that she wished to be cremated without a service and visitation. Her family will host a celebration of life later this year, he said.