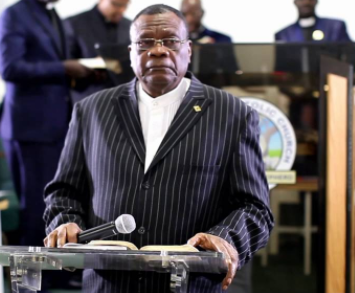 Speaking at the service, the clergyman said his decision to remarry was in line with the provisions of the Bible.

“It’s a year and a half that my beloved wife, Christianah Aduke Abiara, went to be with the Lord. I missed her so much. A lot of people were wondering and asking questions about what I would do. I told them I was waiting on God, and that whatever He tells me, I would do. Well, by God’s grace, I will remarry in a few days’ time and you will be informed.” he said