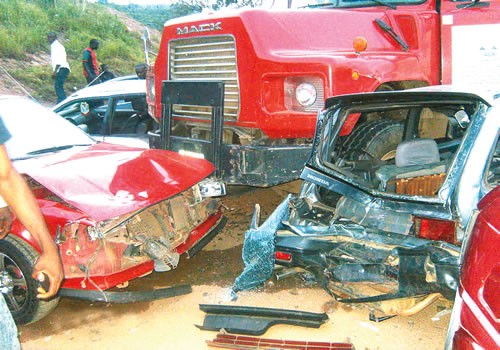 ENUGU—NO fewer than seven persons were confirmed dead in multiple accidents that occurred along Enugu-Makurdi Expressway by Egede in Udi Local Government Area of Enugu State.

Amaraizu said that full scale investigation has commenced on the cause of the accident, while the injured persons were taken to a nearby hospital.

“The deceased have been deposited at the mortuary of the Eastern Nigeria Medical Centre,” Amaraizu added.