55,000 Ontario education workers to walk off the job as indefinite strike begins 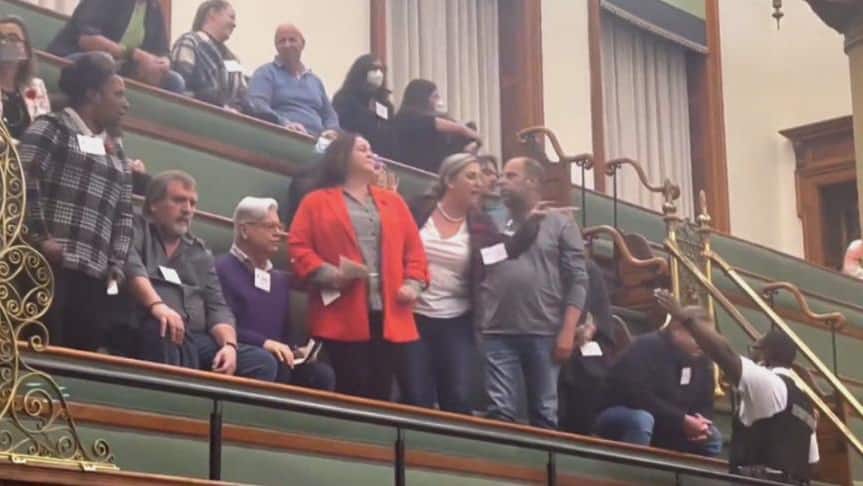 Striking Ontario education workers are set to picket at politicians’ offices across the province today, with a major demonstration planned for the legislature.

That’s where, a day earlier, the Progressive Conservative government enacted a law imposing contracts on 55,000 education workers represented by the Canadian Union of Public Employees and banned them from striking.

The law also uses the notwithstanding clause to protect against constitutional challenges.

But CUPE says the law is an attack on all workers’ bargaining rights and is staging a strike anyway, warning that it will likely last longer than one day.

The law sets out fines for violating a prohibition on strikes for the life of the agreement of up to $4,000 per employee per day, while there are fines of up to $500,000 for the union.

Education Minister Stephen Lecce has suggested the government would indeed pursue those penalties, while the union has said it would foot the bill for fines levied against workers, which could cost as much as $220 million per day.

CUPE plans to fight the fines, but at the end of the day, the union has said if it has to pay, it will pay. CUPE leaders have previously suggested that the union is looking for outside financial help from other labour groups.

WATCH | CUPE leadership heckles MPPs as they vote on Bill 28:

​Supporters of Ontario education workers protested in the gallery of the provincial legislature on Thursday, just moments after Premier Doug Ford missed the final vote to pass legislation making it illegal for 55,000 education workers to strike and imposing a contract on them.

Many school boards across the province, including the Toronto District School Board and most boards in eastern Ontario, have said schools will be closed during a strike, while others plan to move to remote learning.

The Ministry of Education has urged school boards to “implement contingency plans, where every effort is made to keep schools open for as many children as possible” and otherwise “must support students in a speedy transition to remote learning.”

CUPE has said that framing is not accurate because the raises actually depend on hourly wages and pay scales, so the majority of workers who earn less than $43,000 in a year wouldn’t get 2.5 per cent.

CUPE has said its workers, who make on average $39,000 a year, are generally the lowest paid in schools and had been seeking annual salary increases of 11.7 per cent.

The union said it cut its wage proposal by more than half in a counter-offer it gave the government Tuesday night and made “substantial” moves in other areas as well. However, the government said it would not negotiate unless CUPE cancelled the strike.

Members of many other unions are set to join CUPE members on the picket lines.