50 Years Later: The Brief History Of The Gold Standard Days ago, it marked more than 50 years since United States President Richard Nixon did away with the US dollar’s peg to gold, creating the wage gaps, wealth inequality, and other challenges the global economy faces today.

As the global reserve currency asset, the dollar has an impact on everything and as its days are numbered and its former power weakens, the implications of its collapse are frightening for the world.

Today, the aging gold standard isn’t quite as important as it used to be to global finance, but a new standard is emerging that could set things straight before disaster sets in.

Remembering The End Of The Gold Standard

In August 1971, then US President Richard Nixon ended the convertibility of US dollars to gold. The implications might not immediately be clear, but because dollars could be converted to gold, dollars had to maintain a specific exchange rate that was pegged to the value of gold.

At the time, an ounce of gold was worth around $32 in USD. Without a peg to gold, central banks have been allowed to debase the value of dollars forever since. The value of gold is the best representation of how the value of the dollar has fallen compared to the previous monetary “standard.”

Today, an ounce of gold is worth more than $1,800 and it isn’t because gold is suddenly in far more demand or more widely used, but because new dollars have been made at such a high rate, that inflation against the price of gold can be dramatic. 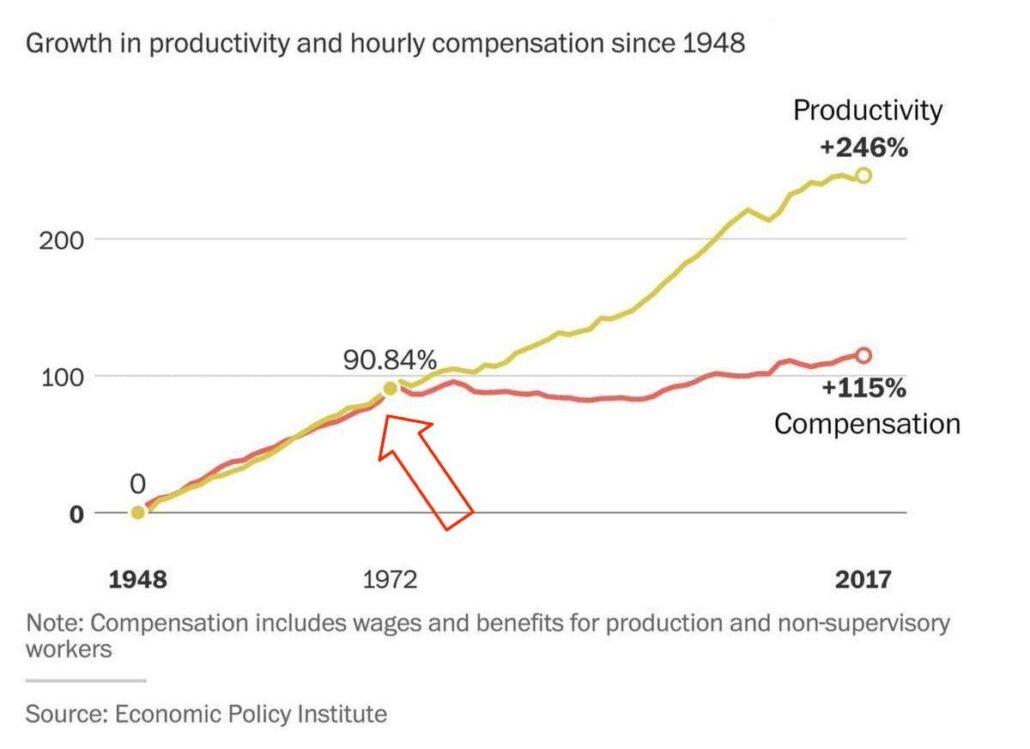 What this also has resulted in, is the severe wage and wealth gaps seen today. As little as 1% own as much as 99% of the world’s wealth, while the rest of the 99% is stuck living paycheck to paycheck in most cases, carries substantial debt, and is able to spare very little capital toward investing or retirement.

The American dream of owning a home, having a normal nine-to-five job that pays the bills and allows for family time and vacation, is dead. All that’s left is a nightmare where workers must slave away across multiple jobs to work toward a new dream of freedom.

But it all could be coming to an end. The end of the dollar could be near, but it might not be a gold standard that the world then turns to. 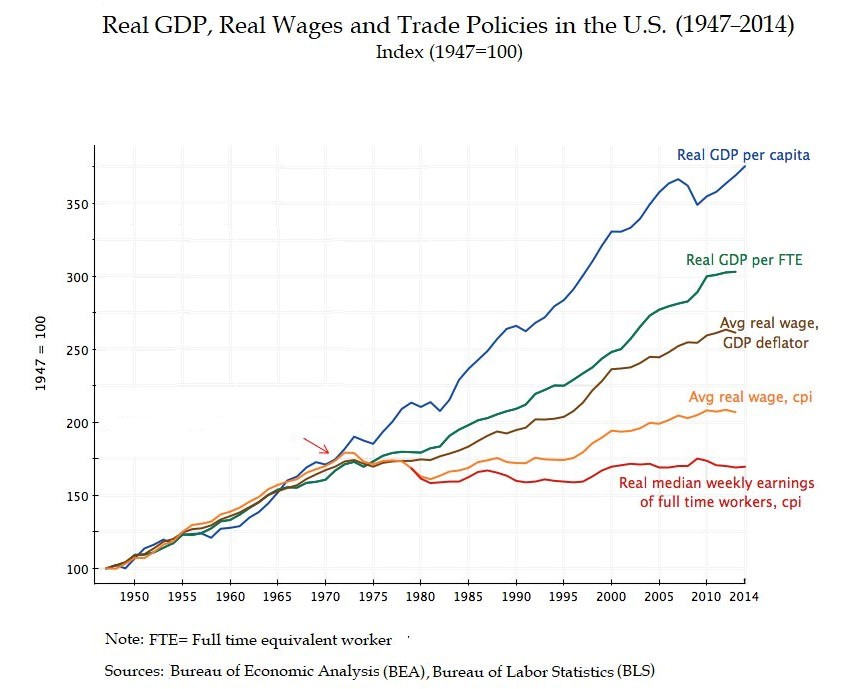 The History Of Debasing Currencies

All throughout history, governments or those in control have debased their currencies to their demise. Starting with Nero in AD 64, the Romans continuously debased their silver coins. This involved changing the purity of the amount of silver in said coins, until there was barely any silver compared to other metals remaining.

The currency became so worthless in perception, Roman soldiers no longer would work and the entire society collapsed. Sound familiar? Today, there are signs all over every business looking to hire, but no one wants to work. Governments are debasing fiat currencies like the dollar by offering unlimited unemployment assistance, stimulus support packages, and unnecessary spending in all areas of the bloated government.

The idea behind this extra money in the market is to save the poor, but it has mostly benefited the wealthy. The weakness in the dollar has caused asset prices to skyrocket, so real estate, stocks, crypto, and everything else is now much more expensive.

The little guys got $1,200 checks, while the world’s wealthiest got trillions of dollars injected into their already jam packed bottom lines. Bezos is now headed to outer space, and Elon is already there, but way richer while he’s at it.

Who Will Win And Lose In The Next Economic Collapse?

The economy can no longer sustain the damage being done, and collapse is coming and is just a matter of when, not if. The stimulus money saved the world from the pandemic for now, but what happens if the US goes to war, or there is another attack similar to 9/11 now that the situation with the Taliban is spinning out of control? Another such Black Swan could be too much for the economy to sustain.

If and when this happens, who will take the brunt of the burden? The wealthiest who are well off currently, or those drowning in debt and barely getting by as is, who are already feeling the burn of inflation.

What’s interesting here, is that gold isn’t quite performing as it has in the past when situations like this begin to brew. With a finite supply, gold is the one monetary standard that has never been debased. However, a digital gold standard is now here and it could be what ultimately replaces both the dollar and the gold standard.

Bitcoin was created to share several key similarities with gold which has given it the digital gold moniker. Bitcoin has an ever more scarce supply than gold. While there is no telling how much gold is buried in the Earth’s crust, there can and will only ever be 21 million BTC thanks to mathematical code.

That same code and protocol keeps the supply in check, and its issuance schedule keeps demand high and supply low, which causes the bubble-like behavior that sucks in new users. These new users then stay, seeing the value of the network and understanding how Bitcoin can solve today’s problems.

Also Read: Investing Or Saving Which Is Better, My Opinion

Bitcoin faces challenges from the governments that currently control the monetary supply, and who are so blatantly abusing its power for their own gain and at the world’s potential doom. With no humans involved, the decentralized crypto asset cannot be stopped, influenced, or altered in any way.

For those interested in taking advantage of this unique opportunity related to Bitcoin, gold, and the dollar, there is the margin trading cryptocurrency platform PrimeXBT. PrimeXBT is an award-winning platform that offers CFDs on Bitcoin, Ethereum, gold, silver, oil, stock indices, forex, and many other of today’s most important trading instruments and assets.