50 Cent reacts after his ex Vivica A. Fox described their sex life as ‘PG-13-rated’ in her upcoming book 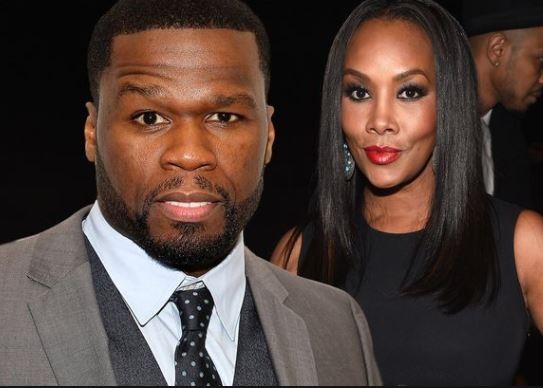 50 Cent reacts after his ex Vivica A. Fox described their sex life as ‘PG-13-rated’ in her upcoming book

Rapper, 50 Cent has reacted to the claims made by his ex-girlfriend and actress Vivica A. Fox who described their sex life as ‘PG-13-rated’ in her upcoming book “Every Day, I’m Hustling.”

“Most of the time, I would be the one initiating sex, because I really enjoyed making love with him,” writes Fox, who also describes their sessions as PG-13 but “cherished and special.”

Taking to his Instagram, the controversial rapper shared a screenshot of the NY Daily News headline “Vivica A. Fox writes about sex life with 50 Cent,” adding as a caption, “I’m waking up to this shit, that was14 years ago. smh who does this? What the fuck!”

He also added: ‘Don’t say it’s good, d**k don’t make you do shit like this. I did take a blue pill one time, and had her ass in the matrix’s.’ 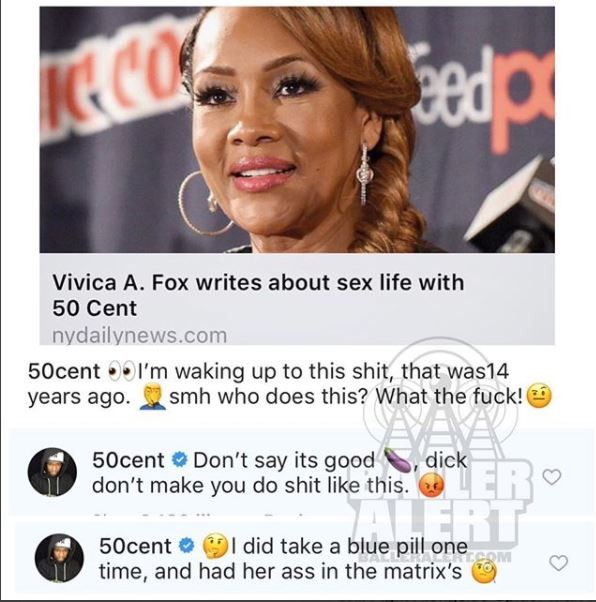