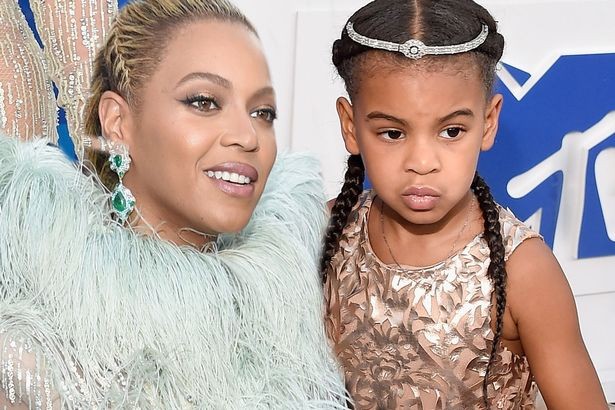 If there was ever a big sister that you’d want to help guide you through the life of luxury, it’d be Blue Ivy Carter.

The 5-year-old just came an older sibling to Beyoncé and Jay Z‘s baby twins—who were born in Los Angeles—and there’s no doubt she’s already ready to step into the major responsibility.

So what do Bey and Jay’s twins have to look forward to with BIC at the helm? Well, look no further than these five life lessons only Bey’s mini-me will know:

1. Prepare Your Passports: If there’s one thing the Carters know how to do, it’s be on the run. Whether it’s a lavish yacht vacation, an anniversary trip to Arizona or catching up some rays in Hawaii, the famous couple loves some R&R as a break from their hectic schedules. Blue’s been traipsing the globe ever since she was a little babe and she’s probably got more stamps in her passport than most people. So get ready for private jets, 5-star hotel suites, butlers at the ready and tons of travel.

2. Get Camera Ready: If you’re a member of the BeyHive, you know that Queen Yoncé has a thing for documenting her life. So if there’s anything Blue can instill upon the twins it’s don’t be camera shy. Be prepared to be the subject of many a family photo and a slew of snaps for the world to see and pore over.

3. The Red Carpet Is Your Friend: Whether it’s the MTV Music Video Awards or the CFDA Fashion Awards, Blue Ivy has stepped foot on plenty of red carpets in her 5 years. She’s got her angles down and she’s not afraid of joining her parents in front of a step-and-repeat when the time is right. So, it’s only natural that the twins will follow suit.

4. Have Fun With Fashion: You want head-to-toe children’s Gucci straight from the store? You can have it. You want to match your famous mama’s couture creation? You can also have it. The fashion world is your oyster when you’re a Carter—and Bey and Jay’s twins will be no exception. We’re already prepared to see trend-setting looks from the duo and we bet Blue will have her hand in picking those ensembles out herself.

5. Look Forward to Your Grammy: Just days after Blue Ivy was welcomed into the world, Jay released a track called “Glory” featuring his firstborn’s baby cooing in the background. Not only was the track a chart-topper, but it was the first time that the world heard the rapper’s perspective on becoming a father. Considering the twins’ musically gifted parents, the chances are high that they’ll be featured on a track in due time.