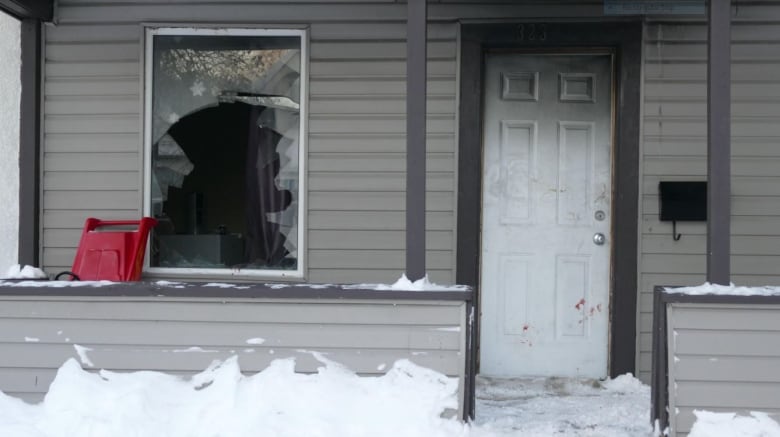 Nine people are in hospital, including a child in critical condition, after a house fire on Thursday morning.

The Winnipeg Fire Paramedic Service responded to a blaze in the single-storey residence on Simcoe Street, between St. Matthews Avenue and Portage Avenue, just before 6 a.m., the City of Winnipeg said in a news release.

Crews found heavy smoke pouring out of the building when they arrived. An offensive attack was launched and by 6:23 a.m. the fire was declared under control, the release said.

Multiple people in the home were able to get out before crews arrived, but nine others had to be taken to hospital.

Due to the large number of patients involved, additional paramedic units were called in to help with assessing and transporting patients, including the major incident response vehicle.

The house suffered extensive fire, smoke and water damage but no damage estimates are available yet.

The fire remains under investigation.

Winnipeg fire crews also responded to three other fires on Thursday between 5 a.m. and 11 a.m., including one on Young Street between Ellice Avenue and Sargent Avenue.

Flames were coming out of a one-and-a-half-storey house when crews arrived.

An offensive attack was started but crews were forced to retreat due to heavy fire conditions and previous fire damage in the building.

They continued to fight the fire defensively, using an aerial ladder and water streams.

No one is believed to have been inside at the time, and no injuries have been reported, the release said.

A neighbouring house was evacuated as a precaution.

Firefighters also responded to a fire in a single-storey house in the 1800 block of Elgin Avenue just after 5 a.m., and one at a  two-storey duplex in the 600 block of Selkirk Avenue just before 11 a.m. No injuries were reported in either fire.