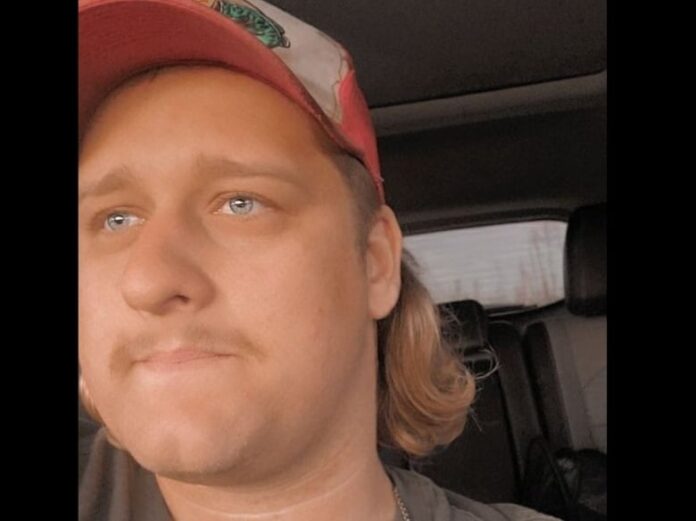 The parents of a 25-year-old oilsands worker who died in a frozen tailings pond in northern Alberta say charges in the case reveal disturbing details about safety failures on site.

Suncor and Christina River Construction face a total of 28 charges under the Alberta Occupational Health and Safety Act in the death of Patrick Poitras.

Poitras was operating a bulldozer on Jan. 13, 2021, at Suncor’s base mine about 30 kilometres north of Fort McMurray, when the ice beneath the machine gave way.

Three days later, his body was pulled from the pond.

“Someone didn’t do their job and I lost my son because of that,” Marcel Poitras said in an interview from his home in New Brunswick.

“My son gave his life for that job.”

The charges, laid in November, allege the companies ignored a series of safety protocols when they directed Poitras to operate a dozer on dangerously thin ice.

The case details how the companies allegedly failed to properly check the thickness of the ice and ignored previous measurements that showed it was too thin to bear the weight of the machine.

Christina River Construction, owned by Fort McMurray 468 First Nation, is facing nine charges in the death of their contractor. Suncor is facing 19 counts.

A plea hearing is scheduled for March 15 in Fort McMurray provincial court. Suncor declined to comment on the case as it is before the court. Christina River Construction has not responded to questions about the charges.

Poitras said his son’s death was preventable and someone needs to be held accountable.

“It’s not the first time this has happened,” he said. “With the safety we have today, this is not supposed to happen.”

I had told myself it was just a bad accident.– Cathina Cormier

Suncor, one of the largest players in the Alberta oilsands, has been under increased scrutiny for its safety record. At least 12 workers have died at its Alberta oilsands operations since 2014.

Former CEO Mark Little pledged to address the problem, including a promised independent safety review, but stepped down in July 2022, a day after a 26-year-old contractor died after being struck by equipment at Suncor’s Base Mine.

Poitras’s mother, Cathina Cormier, said she felt grief and disbelief when she learned of the allegations.

“I know there is no price for a human being but when I read the charges, I was angry,” Cormier said.

“I had told myself it was just a bad accident.”

Cormier said learning details of her son’s death has made her grief raw again. She wants answers about what went wrong that day.

“The question I keep asking myself is who sent him there? Who sent my son to do that job?

“I cannot lay my boy to rest because of this.”

According to the charges, Poitras was directed to operate a John Deere dozer on the ice of a tailings pond when available ice measurements showed the minimum ice thickness was less than 17 inches, as required by Suncor’s safety plan.

The companies are accused of failing to complete adequate ice checks and failing to ensure ground-penetrating radar was used for ice profiling before dozers were permitted to operate.

They also allegedly failed to ensure dozer operators were wearing personal flotation devices when on the ice.

It is also alleged the companies failed to have a safety plan in place directing Poitras to keep his seatbelt off — and the door unlatched — while he was operating the dozer on the pond.

I said, ‘If you find that it’s dangerous, please stop, because I need you more than you know. I don’t want to lose you.– Marcel Poitras

Suncor also faces a charge for underestimating how much the dozers weighed, and failing to account for the weight of snow when calculating required ice thickness.

It’s further alleged that Suncor ignored its own winter geology guidelines that called for work to be deferred on any sites with more than one metre of standing water.

Marcel Poitras said Patrick called him the night before he died and told him that he was worried about safety at the site. He said he was scared to go out on the ice.

“I said, ‘If you find that it’s dangerous, please stop, because I need you more than you know. I don’t want to lose you.’ And he said, ‘Dad, I’m here to work.'”

Poitras, of Saint-André, N.B., had worked in the oilsands for six years. He had recently returned to New Brunswick for Christmas and planned on moving home for good that spring.

Cormier said her son was serious about his work, but also a “goof” with a penchant for sporting a mullet and making people laugh.

After two years of uncertainty and overwhelming grief, she hopes the outcome of the case will give her some closure.

She is still coming to grips with her son’s death, and the death of her father weeks later.

She hopes Patrick’s legacy will be ensuring other workers are protected on the job.

“I just want this to never happen again. It’s a worst nightmare for a mother.

“Our family went through hell for this.”