Chris Hemsworth Wants to Make a Movie with His Brothers, Luke and Liam 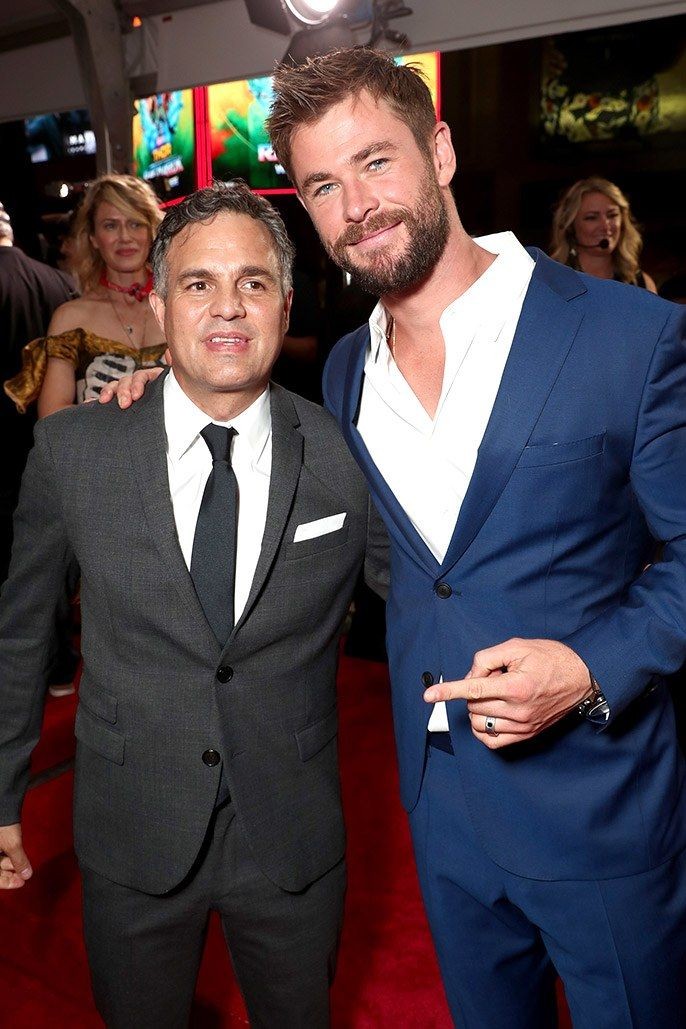 Chris Hemsworth is back as Thor, the mighty God of Thunder, in Marvel’s latest blockbuster extravaganza, Thor: Ragnarok—another film largely centered on the sibling rivalry between Thor and Loki (Tom Hiddleston). Their complex relationship becomes more frayed with the arrival of their powerful evil sister, the Goddess of Death, played by Cate Blanchett. With all the family drama festering on screen, Hemsworth is thankful that his real-life bond with his famous acting brothers, Liam (The Hunger Games) and Luke (HBO’s Westworld), is not nearly so messy.

“Our relationship is all love and support. We are competitive in the best way,” Hemsworth told Vanity Fair at the film’s world premiere in Hollywood on Tuesday. “We have a competition that pushes and motivates one another, and it’s great.” Well, maybe it wasn’t always great for youngest brother Liam; Luke and Chris used to tease him by throwing him into the dryer without the heat turned on or wrapping him in layers of clothing and shooting him with air rifles in their backyard.

“We did fight and caused quite a lot of trouble,” Hemsworth said with a laugh. “We were very young and did stupid things to one another.” But now that they’re all in show business, the brothers lean on one another when necessary—and show support by appearing at each other’s movie premieres. (Liam and Luke were both accounted for at the Thor debut.)

Sometimes, they appear in their brothers’ projects as well. Thor: Ragnarokviewers should watch out for Luke, who makes a cameo as an Asgardian actor portraying Thor. Will the three ever make a full-length feature film together? “When we find the right script that’s good enough, then we’ll do it,” said Hemsworth. “But we can’t do too many jobs together. It would be like The Brady Bunch.”

Though talk of the new Thor movie dominated the red carpet Tuesday, conversation naturally also turned to the explosive news about producer Harvey Weinstein—who has been accused of systematically sexually harassing and assaulting women for decades in bombshell reports published by The New York Times and The New Yorker. Hemsworth spoke out about the allegations against the studio mogul.

“It’s awful. My heart goes out to anyone who suffered through that kind of abuse,” said Hemsworth. “I hope it sheds a light on the issue and people don’t continue to abuse their position of power and people aren’t manipulated into those situations.”

Hemsworth’s co-star Mark Ruffalo, who plays the Incredible Hulk, also condemned Weinstein for his alleged actions. Ruffalo starred in the 2008 drama The Brothers Bloom, which was produced by the Weinstein Company.

“It’s absolutely horrific that he would use his position to take advantage of so many young women. I hope he gets help,” Ruffalo said on the red carpet. “This stuff doesn’t just happen in Hollywood. But, the fact that we are talking about it, that people are coming out, and they are dropping their fear and shame and standing up for what is right—that’s the only way things are going to change.”